Shipping Wiki
Register
Don't have an account?
Sign In
Advertisement
in: Ships, Ships/Het, One Tree Hill/Ships,
and 5 more

Lucas – “Peyton... I have loved you since the first time I saw you, and this ring and these words, are just a simple way to show to the rest of the world what was been in my heart for as long as I have known you, I love you! Peyton Elizabeth Sawyer, I always have, and I always will”
Peyton – “Lucas Scott... We’ve been through so much together. And despite how confused I’ve been or lost I might have gotten there was always you. Finding me and saving me. I am so terribly in love with you. And I always will be”
— Vows[1]

Leyton is the het ship between Lucas Scott and Peyton Sawyer from the One Tree Hill fandom.

The first interaction between Lucas Scott and Peyton Sawyer, takes place in the pilot episode, the two begin to talk, when Lucas comes to "recover" the girl's broken car. Although in fact, Lucas knew her since the 8th grade, he was very jealous when she began dating his half-brother and rival Nathan Scott during high school. They did not speak to each other until her car broke down in junior year and he towed it back to town. He showed her nothing but kindness and respect and encouraged her dreams. This led her to break off her relationship, realizing she deserved far better.

The attraction to each other continued to grow and they shared their first kiss and more but when Lucas made it clear how strongly he felt about her she was uncomfortable and left. By the time she realized her mistake and admitted she felt the same way he was already dating Brooke. They could not hold their feelings back and in a moment of weakness began having an affair behind Brooke's back (though no sex is involved).

Peyton ended things, out of guilt for betraying Brooke. They became estranged for a time. But they spent their summer together helping each other though their problems and formed a very close friendship. When Peyton was shot during the school shooting Lucas risked his life to carry her to safety. Nearly dead from blood loss and not thinking clearly, Peyton confessed her love for Lucas and kissed him. They both agreed to pretend it never happened so as not to hurt Brooke, but everything had changed.

When Lucas and Brooke's relationship abruptly ended Peyton was very supportive and helped him move on. Lucas saved Peyton's life again when a guy claiming to be her brother turned out to be her stalker. Peyton was traumatized and he supported her. Peyton finally found the courage to confess her love for him. Lucas was caught totally off guard and left speechless, but spent time examining his feelings for her. At the state championship he realized that she was the one he wanted to be with, and with Brooke's blessing they began a proper relationship for the first time, falling madly in love.

After school, she moved to L.A. to pursue a career while he lived with Nathan and Haley to help with Jaime. Long distance made things hard so he paid her a surprise visit and proposed. But she was not ready for marriage and wanted to wait. He took this as a rejection and walked out without saying goodbye. The two would not see each other for over 2 years until she suddenly returned to Tree Hill to win him back. It was uncomfortable for him, as he was dating his book editor Lindsay Strauss.

It became increasingly obvious that he was still in love with Peyton. But Lucas was in deep denial and went to far as to propose to Lindsey and nearly married her. Though jealous and devastated, Peyton tried to be supportive if that was what he wanted. But Lindsey left him at the altar when she realized he would always be in love with Peyton.

After a difficult struggle to get over this, Lucas realized she was right and called Peyton asking her to elope with him to Las Vegas. Though the wedding didn't happen there they moved in together. They were overjoyed when Peyton got pregnant. But she had a dangerous condition that threatened her life and the life of the baby. But they decided in the end to risk it.

The two finally got married by the lake where they first spoke. That night Lucas found her in a pool of blood and rushed her to the hospital. Both mother and baby Sawyer survived. The new family later moved away from Tree Hill to start a new life.

Leyton is one of the most popular ships in the One Tree Hill fandom. They're well liked and considered one of the best TV couples. This often due to their sweet moments, and declarations of love to each other. They are sometimes compared to fanon ship Brachel.

Lucas Scott/Relationships on the One Tree Hill Wikia 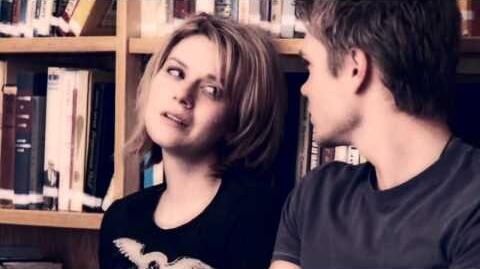 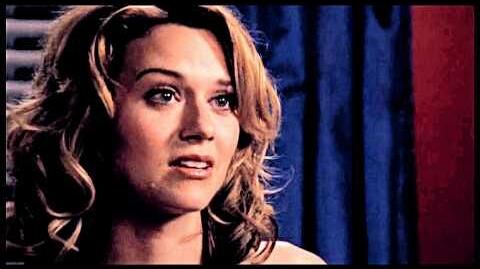