• I Will Find You

Lumither is the family ship between Aether and Lumine from the Genshin Impact fandom.

At the beginning of the game, Aether and Lumine were separated by an unknown God. When the Traveler then wakes up in Teyvat, they immediately begin searching for their respective sibling. They've had little canon interaction since.

In the Prologue of the game "The Outlander Who Caught the Wind", The Knights of Favionus asked the Traveler what reward they wanted for defeating Dvalin and saving Mondstadt, to which the Traveler replied that they wanted Missing Person Posters put up around Mondstadt to look for their lost kin.

Later, Chapter I of the game "Farewell, Archaic Lord", the Traveler repeated this sentiment, requesting for Missing Person Posters be put up around Liyue Harbor. During the Lantern Rite Festival Event, the Traveler made a wish for their respective sibling, stating it's their sibling's deepest desire or the Traveler hopes that their sibling's wish will come true.

Story Teaser - We Will Be Reunited

In the story teaser, we see Lumine's perspective. She acts as the antagonist and we see what had happened to her in the time that she was away from her brother. In the middle of the video, we see a Hydro Abyss Mage appear and report to her. The Hydro Abyss Mage tells her that someone interfered with the plan to make Stormterror into a weapon and Lumine assumes it is due to the Ameno Archon and questions if he rose again to free the dragon, but the Hydro Mage tells her that instead, it is her brother that is the "issue". When Lumine hears this, she has a flashback from a time when she and her brother were separated by the unknown god. Lumine then instinctively runs to a cliff in Stormterror's Lair, from where she sees Aether fighting against Hilichurls with Paimon. She then says: "We will be reunited, dear brother. But not here. Not now." She says that they will meet at this journey's end, once the dust has settled. When Aether finishes fighting, he goes away with Paimon, after which we see Lumine sitting inside the hand of a Ruin guard and the Ruin guard taking her away into the sunset, and so the teaser ends.

“May your find your kin at the end of that journey. Well then, let us part ways here for now.”
— Dainsleif to Aether/Lumine

“We will meet at this journey's end... Once the dust has settled.”
— Lumine to Aether

This ship is rather popular as a familyship, due both of them being canonical siblings. Although, they haven't had much interaction in the main story, it's clear that the Traveler cares about their other sibling and wants to get their sibling back at any price. This ship is quite popular as finding the other sibling is one of the biggest themes in the story.

Due to both of them having a clear sibling bond, this ship isn't popular as a het ship, as incest ships aren't exactly popular in the fandom. However, there are still a minority who ships them as a het ship. It is rumored that miHoYo loves to make their games sad and have a sad ending, and as such there are a lot of theories that the twin that the player did not choose would die or betray the twin chosen by the player.

This ship currently has a great amount of fanfictions on AO3, with the majority featuring them being shipped as a family. 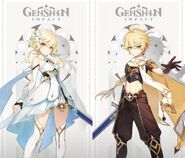 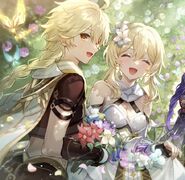 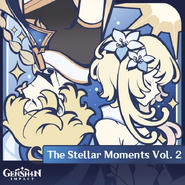 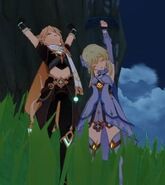 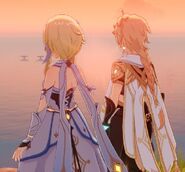 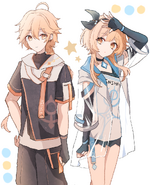 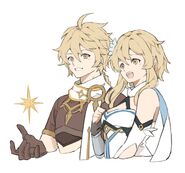 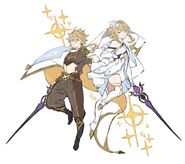 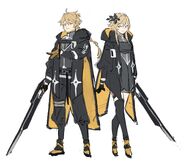 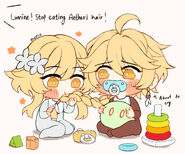 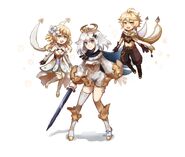 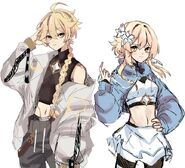 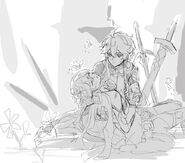 Genshin Impact Story Teaser- We Will Be Reunited (Contains spoilers)