McMantle is the het ship between Josie and Reggie from the Riverdale fandom.

Josie and Reggie hook up in a jingle jangle haze,[1] but continue to flirt the following day as they clean up Pickens Park as punishment for their drugfest.[2] After some time, Josie reveals to Cheryl that Reggie has offered her a gig at his Dad's car dealership that pays $5000 — if Josie will allow Reggie to be her escort. Josie clearly seems to be enjoying how hard Reggie is trying to get another shot at spending time with her.[3] As Student Council elections arrive, Josie and Reggie team up, with Reggie running for President and Josie as VP, dubbed #TeamRosie. They participate in a debate against the two other teams, where they stand strongest.[4] After the riots, Reggie becomes more self-aware and doesn't feel he should be in the race any longer, whereas Josie doesn't want to be in politics but focus on her music. Josie performs at Archie's swearing-in ceremony and Reggie enthusiastically supports her in the stands.[5] After school ended, their fling seems to have fizzled. During the summer between their sophomore and junior year Josie's been seeing Sweet Pea and Reggie doesn't seem to be sad about it.[6] When Veronica starts up the speakeasy La Bonne Nuit, she asks Josie to be the resident musical act. Josie's ecstatic at getting a platform for her artistry and Reggie smiles at her enthusiasm.[7]

Betty asks Reggie, Josie and Kevin to question their parents about the Midnight Club, to find out what is going on with Gryphons & Gargoyles. Josie's exasperated, while Reggie's been hit by his Dad. They both help Veronica, Kevin and Betty free Archie from juvie, going undercover in the underage fight club and getting Archie in the getaway car afterwards. Following this, Reggie and Josie meet with Kevin at Pop's and start playing the game, as they feel like they can only trust their own eyes regarding this mystery.[8] Soon afterwards, Sheriff Minetta questions the students in class on Archie's whereabouts and while Reggie's fine fibbing, Josie suddenly suffers a violent seizure.[9] Josie recovers and, following the quarantine, continues to perform at La Bonne Nuit, until Veronica squares off with her father. As a result, Hiram sends one of his goons from the Gargoyle Gang to hassle Josie at her home. Reggie and Veronica go to see her and she tells them that if it's not resolved, she's leaving La Bonne Nuit.[10]

Josie stays at the club where she and Reggie seem to work simultaneously. When a drunken Archie gets roughed up by security, Josie stops it to help Archie and faces off a bit with Reggie for not doing the same, before she leaves with Archie.[11] Josie a meeting at La Bonne Nuit where Reggie and Veronica present their casino upgrade.[12] Josie and Reggie both take part in their junior year musical, Heathers, where they stand side by side in the final group number.[13] Soon after, Josie leaves Riverdale to go on tour with her father.[14] When Fred Andrews is suddenly killed in an accident, Josie returns to Riverdale to attend his funeral and support Archie. Josie and Reggie both attend Fred's funeral, where Josie sings. In the evening, they gather with Archie's other friends and Archie's mother at the Andrews home, where they set off fireworks to honour and celebrate Fred's memory.[15]

This is a popular ship for both characters, though mostly a rare pair on the series due to minimal screentime. McMantle took off when the relationship was teased prior to Season 2, shortly after the Season 1 finale[16] and cemented when they got together at a party and subsequently flirted. Despite the ship being canon, it hasn't been afforded development past the aforementioned, only with few hints here and there. In the first part of Season 3, both Josie and Reggie had increased screen time compared to previous seasons, but the relationship had ended off-screen and fans were angry that they got to share more time together on-screen now that they were no longer romantically involved and that it was teased with no payoff whatsoever.[17]

Reggie – “I get that you're pretty much Beyoncé, but today, you're just like the rest of us commoners”
Josie – “I think your biceps can handle it, Mantle”
Reggie – “(Cockily) You tryin' to get me to flex?[2]”

“During blocking our director Steven Adelson said ‘get comfy’ so I put my legs over Charles’ and my head on his shoulder. Then Stephen was like, '.... maybe not that comfy. Rosie isn’t there yet.'”
— Ashleigh Murray[19] 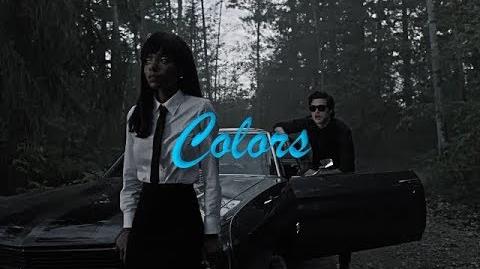 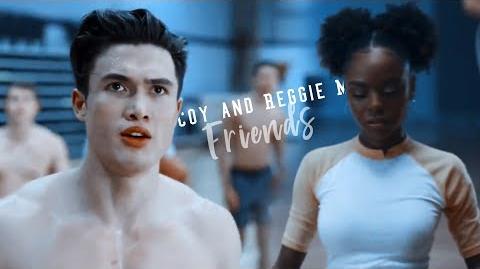 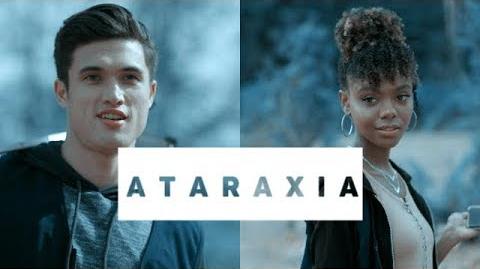 Retrieved from "https://shipping.fandom.com/wiki/McMantle?oldid=186725"
Community content is available under CC-BY-SA unless otherwise noted.