• Stalker with a Crush — Ririka briefly stalks Mary after their first gamble.

Meariri is the femslash ship between Mary Saotome and Ririka Momobami from the Kakegurui fandom.

During the presidential election, Mary bumps into Ririka, who was looking for her, and her mask falls off, in which she quickly puts it back on and then proceeds to take Mary with her. Once they're alone, only in the presence of Inaho Yamato, Ririka suggests a gamble. She puts one of her 100 votes in one of her closed hands and Mary has to guess which fist the chip is in. If she gets it right, she can keep the votes, but if she gets it wrong, she has to join Ririka in the presidential battle. And even if she wins, Ririka would simply follow Mary around.

Mary was against it and wanted to leave, until she heard about Yumeko Jabami being poisoned. Mary then ripped Ririka's mask off, saying that she can't trust someone who doesn't even show their face. She then questioned whether Ririka was ordered or wanted this herself. This left Ririka thinking. When Mary got a phone call that Yumeko was in trouble, she realized that Ririka organized the Nim Type Zero game, so that Mary would be forced to get the votes. Then Mary gripped one of her hands, opening the correct fist containing the chip.

Since then Ririka followed Mary around everywhere she went, wanting to fight alongside her. She also got more open towards Mary, taking the mask off for her. It seems like Ririka enjoys being around Mary, however, the feeling isn't mutual. Mary wants Ririka to start acting on her own and not just under the orders of her sister or someone else. Thus, Mary decides they should gamble. If Ririka wins, then she is allowed to accompany Mary during the fight. It seems that Ririka won off-screen, since she is still seen following Mary around. Mary starts to get fond of her later on, as their gambling journey goes on.

After the events of the anime, it becomes clear that Mary is slowly becoming more fond of Ririka. She asks that Ririka be completely honest with her and take her mask off when they are together. When Ririka gambles Rin Obami, Ririka takes Mary’s hand and tells her to trust her, then Mary is seen ruffling Ririka’s hair and telling her that she doesn’t need to do the gamble, that she’ll be her friend. Ririka continues to do the gamble anyway, finding strength in Mary’s words. Mary becomes more confident in Ririka and Her abilities.

After the gamble with Rin, Ririka can be seen talking to Kirari about Mary. Mary’s suspicions were true, Ririka was acting under the orders of her sister. However, Ririka stands up to her sister for the first time, telling her that Mary gives her strength. Kirari laughs at this, commenting on how Mary has influenced Ririka. Soon after this, Mary and Ririka are both seen in Kirari’s office, planning a gamble between the twins. Mary takes Ririka’s hand and tells Kirari that they won’t give up on this fight. Ririka looks content and happy with Mary’s hand in her own, and is given the strength to finally set up the gamble with her twin.

When the gamble finally begins, Mary tries to create a code of gestures that can be exchanged between them so they’ll know the other’s hand Ririka rejects this idea, saying that Kirari would pick up on the code. Later, during the gamble, Ririka seems to be able to read Mary’s actions without a code at all.

Marika is one of the most popular ships in Kakegurui, along with Yumary and Kirasaya; however it has gained more attention from the western side of the fandom. Supporters of the ship like to interpret Ririka's affection for Mary as romantic, bearing in mind that her twin sister (Kirari Momobami) is in a relationship with Sayaka Igarashi (Kirasaya). Having a similar sexuality is quite common among twins, especially when they’re identical. Some also like to speculate that this ship has a chance of becoming canon or at least liked by manga author himself, as he tends to retweet fan art of it.

Ririyumary refers to the ship between Yumeko Jabami, Ririka and Mary 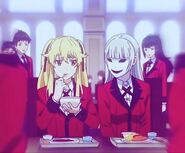 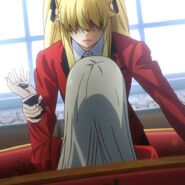 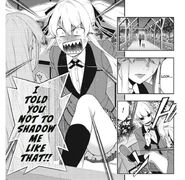 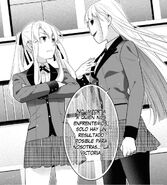 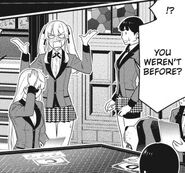 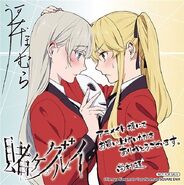 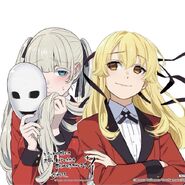 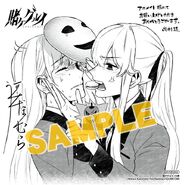 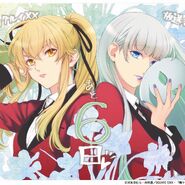