MinaJirou is the femslash ship between Mina Ashido and Kyoka Jirou from the My Hero Academia fandom.

Mina and Kyoka are classmates in Class 1-A, in UA High School. The two follow the same dream to one day become superheroes. Although not having many interactions, the two are friends, appearing to be rather close as they are often seen talking as seen in Vs. Hero Killer Arc talking about their internships. Mina, Kyoka, and Tsuyu spoke about their experiences. Mina finds it amazing how Kyoka helped in the hostage situation, although she was just an escort. Both girls tease Ochako for her affections towards Izuku. The two have more similarities than most fans would care to notice at first glance. They both seem to enjoy playfully teasing their friends on a regular basis. Mina being more excited and nosy about it while Kyoka is more snarky and a bit rude.

They both requested help from Yaoyorozu to study for the final exams. It should be noted that Kyoka asked to be tutored just seconds after Mina (and Kaminari) asked Momo to help them prepare. While Kyoka was ranked way ahead of the two in grades, coming up at seventh in the class, she still thought that she needed to improve with her peers. They've spent time together, even if that's often overlooked. Mina is a very spirited, extroverted person and sometimes appears to be encouraging Kyoka and her other classmates (primarily the girls) to have some kind of fun. They can also be seen sitting or standing next to each other during free time. Mina is also often seen making conversation with Kyoka in the background and with some of their other classmates too. A good amount of the official art has shown the two together, most of the time casually hanging out with the other girls (and sometimes the boys) from Class 1-A. Their friendship, while mainly reserved for the background, should not go unacknowledged by fans of the series.

Both girls played an important role in the UA School Festival Arc; Mina taught her classmates how to dance and Kyoka was the lead singer in their class's performance. Kyoka expressed that she thought her hobbie was useless, and couldn't be helpful in hero work--unlike Mina and Sato's hobbies. Her friends disagreed, and Mina and their other classmates supported Kyoka onstage. When she sang before the school festival, Mina was impressed and described her voice as "husky and sexy." Both girls are shown to have extreme passion for their hobbies, and worked hard to make them useful in the event. Even though Mina herself didn't play an instrument in Kyoka's band, it's likely that the event brought the two closer together. Mina is even shown behind Kyoka, having a good time as always, on the cover of the Vol. 19 book. They looked like they were hanging out with the rest of the group, not taking themselves too seriously. Mina showed her classmates to dance, and quite perfectly to Kyoka's music. The two girls were shown to have been practicing and mentoring their classmates, they all learned fast and put on a great act, showing how skilled their mentors were. Indeed, Mina and Kyoka's passions are what really made their classmates shine on the stage. This use of their combined talents suggests that they are on good terms and can work well to together.

MinaJirou is considered a rare pair and it's overshadowed by ships such as KiriMina, MomoJirou and KamiJirou. It currently has over 200 works on AO3. It may not be the most popular ship, but it has gained some dedicated fans. Mina and Kyoka are "the girls" of the chaotic and hilarious friend group that is the iconic "Bakusquad," so it's no surprise that some ship the two! While some would prefer their relationship to stay platonic, others enjoy imagining their cute friendship slowly growing into a healthy romance.

Many pieces of fanart depict Mina being energetic and clingy while Kyoka is more shy and flustered, and often both are drawn blushing cutely at each other. Despite the few moments shared between the two girls, this pairing does make sense overall; it's just too cute to pair up the singer and the "dancing queen!"

Their personalities complement each other, and that has appealed to some fans. Another thing is, the pair's contrasting appearances are visually pleasing to look at. With Mina's prominent pink skin and bright, colorful clothes matched with Kyoka's dark purple hair and punk rock star aparel, it's not a mystery why some would think that they look good together. Another visible difference is, Mina has a broader and curvier build while Kyoka’s body is more petite. These physical differences only contribute to certain people's love of this wholesome ship.

Often, shippers enjoy pairing an emo tomboy with a bubbly social butterfly as a lesbian couple. People often see Kyoka as a lesbian or at least bisexual. Mina is also often portrayed as a lesbian in other LGBTQ+ fanfics. 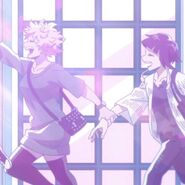 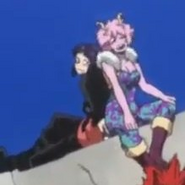 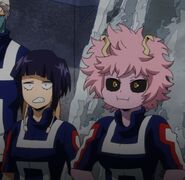 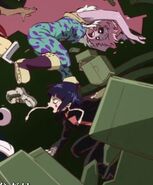 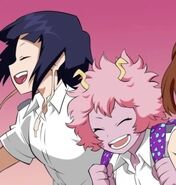 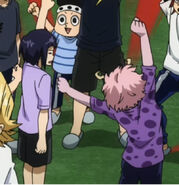 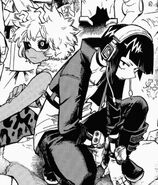 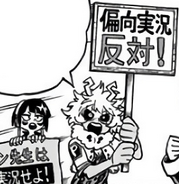 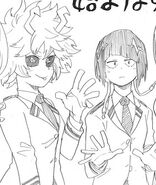 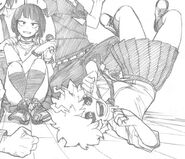 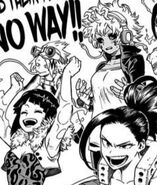 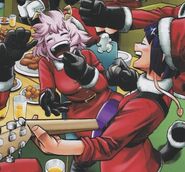 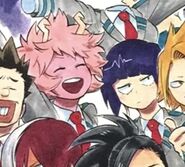 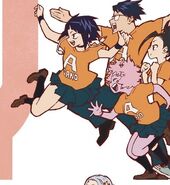