Minayama is the het ship between Mina Ashido and Yuga Aoyama from the My Hero Academia fandom.

Ashido and Aoyama are first paired during All Might's battle training, in which, Ashido accidentally burns through Aoyama's cape with her acid, upsetting him[1]. After this, in the anime, Ashido is seen interrupting Aoyama when he tries to speak to Midoriya along with his other classmates [2]. She again interrupts him after Mr. Aizawa asks for volunteers for class president[3]. Later, while on the bus to the USJ, Aoyama boasts about his quirk, which Ashido quickly shuts down, putting her hand on his shoulder, saying that it is not very useful if it ends up hurting his stomach[4]. In the dubbed version of the anime, when Ashido says this, she calls him "Sweetie" teasingly[5].

At the UA Sports Festival, Ashido and Aoyama are paired up once again in the final round, 1 on 1 battles. They banter back and forth while fighting, both claiming that the match up will be easy for them. During the fight, Ashido remembers Aoyama's words from the Quirk Assessment Test in which he tells of his quirk's weakness of not being able to last longer than a second. She uses this to her advantage in the fight, waiting until he takes a break, then melting through his belt, distracting him. She wins the fight, knocking Aoyama out with a punch to the jaw. Afterwards, she appears somewhat concerned about hurting him, although it does not last long.[6]

When Ashido sees Aoyama's dorm room during Class 1-A's competition to see who has the best room, she remarks that its sparkliness was what she had expected from him, if not more[7]. Later, during the first test of the Provisional Licensing Exam, many of the students from Class 1-A have been spread throughout the arena. Aoyama shines his laser into the sky to draw people towards him, and this ends up bringing Class 1-A together again. Ashido thanks him for this, telling him how he helped Class 1-A rally together so that they can all pass the first portion of the exam.[8] They both end up passing the exam like most of their fellow classmates.

After the mission against the Overhaul and the Shie Hassaikai, Aoyama makes an effort to make friends with Midoriya. When witnessing one of these friendly encounters between the two, Ashido remarks that he has been in high spirits lately, referring to him as "Twinkles" in the dubbed version of the anime[9]. Later, Ashido shows off her dancing skills to her classmates, and Aoyama watches, either saying that it must have taken a lot of work for her to be as good as she is (in the anime) or simply remarking on the fact that her hobby is dancing (in the manga)[10][11]. He, along with Midoriya, joins in with her dancing, failing miserably. Later though, it is shown that she has taught him how to properly dance.[12] As part of the stage effects for Class 1-A's performance for the School Festival, Ashido suggests that Aoyama become a disco ball, spinning around with light twinkling off of him, an idea which he seems to be rather happy about, saying that it is a job the he was born to do. They perform for the festival, along with the rest of Class 1-A, bringing joy to the rest of the students at UA.

During the second pro hero internships, Aoyama and Ashido both intern under the pro hero Yoroi Musha, along with their classmate Hagakure[13]. After the internships, they show their newly learned skills to their classmates[14]. When it is revealed to the students in Class 1-A that Aoyama has obeyed All For One's orders since she was at U.A., Ashido was greatly shocked and is one of the most devastated and shattered students by the revelation (crying visibly hurt as she is hugged by Jirou).[15] Later, she wonders if Aoyama will take their hand and decide to come back to the heroes. When it is revealed that he will be allowed to come back to them, given a second chance, she is visibly excited.

Both of the characters have a rather flamboyant and showy nature, which is one of the reasons that many of the shippers of this ship like the ship. Others like it because the two characters are often seen to be shippers themselves. A common theme in fanfictions and various other media forms is that the two will gossip and do activities such as shopping or makeup together.

However, many in the fandom dislike this ship because they assume Aoyama to be gay because of his more feminine and flamboyant actions, although his sexuality has not been confirmed in canon. Some also say that Ashido is a lesbian. This is the main reason for the hate that the ship gets. Others just feel that the two would be better off as friends and ship the purely platonically. And still others dislike the ship because they feel that Ashido bullies Aoyama. 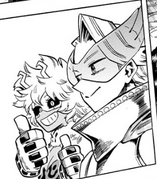 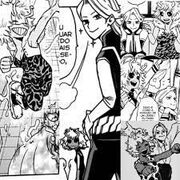 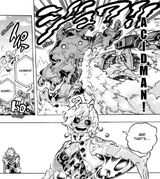 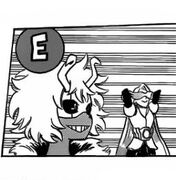 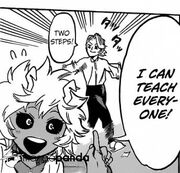