The Legend of Zelda

Miphlink is the het ship between Link and Mipha from The Legend of Zelda fandom.

Prior to the events of the great calamity, Link and Mipha were very close childhood friends, the two would often go swimming together, play together and would pretend to sword fight together, however, once they both became older, Link became hyrules champion and Mipha became Zoras Domains' champion, the two rarely saw each other, because Link spent most of his time with Zelda, in order to protect her, the two then saw each other for the first time in years, however Mipha noticed that Link was far different, he was more grown up, more quiet and more focused. Mipha tried to ask Link to spend time with her, however, Link never had anytime due to his Job and Mipha did not have much time due to her job, however they finally got to spend time with each other, the two sat alone on the divine beast and started talking, Mipha starts talking to Link about the great calamity and her fears, she then tells Link that she would always protect him, no matter what wound he obtains.

Before her Death to Ganondorf, Mipha makes a Zora armor for Link, so they can marry after the war, unfortunately she dies before she can give him the armor and Link also dies at the hands of Ganondorf as well, 500 years later, Link is revived and he wakes up in the shrine of resurrection, Link eventually finds Zora Domain and sees her grown up little brother named Sidon, Sidon brings him to Zora domain and the two start taking about his sister, Link then suddenly has flash backs and remembers who Mipha is, the king of the domain eventually reveals that Mipha gave him a set of armor before her death and Sidon suggested it was for Link, Link tries on the armor and it fits him perfectly, reveling that she Made the armor for him.

Link later goes to try and free her from Ganondorf, Link goes inside the beast and is greated by her, she guides him throughout the maze and gives him advice while fighting Ganondorf, she guides him and gives him clues on how to beat him, after Link defeats Ganondorf, Mipha reveals herself and talks to Link, thanking him for freeing her and that her soul may finally Rest In Peace, she also reveals that she made the Zora armor for him and then gives him her ability, Miphas Grace, promising to always be with him and to heal and protect him even while Dead. Later in the final fight with Ganondorf, she can be shown launching a beam from her divine beast, in order to aid Link with defeating Ganondorfs Final form.

The shipping between these two is a very common ship in the Zelda community, it’s considered to be a rival ship to Zelink and has often been a debate on who link loved more, however it generally is expected that link loved both Mipha and Zelda and their was a love triangle between the 3 of them. 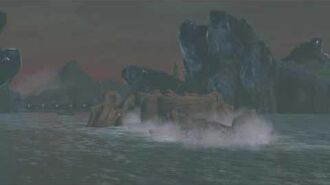 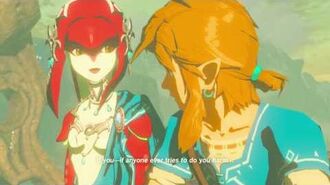 Retrieved from "https://shipping.fandom.com/wiki/Miphlink?oldid=173955"
Community content is available under CC-BY-SA unless otherwise noted.