Creator and Creation; Junko is dead; Monokuma is inactive

MonoJunko is the het ship between Junko Enoshima and Monokuma from the Danganronpa fandom.

Both Junko and Monokuma are members of the Ultimate Despair. Junko appears to be the only student whom Monokuma respects, as he calls her, "Lady Junko". In Chapter 5 of Danganronpa: Trigger Happy Havoc, it's revealed that Junko is the one who is controlling Monokuma, as she is the Mastermind of the Killing School Life. Monokuma's personality is heavily based off on one of Junko's many personalities that she creates for him.

In Danganronpa Another Episode: Ultra Despair Girls it's shown that Junko was one of the creators of the Monokumas. She developed the Monokumas together with Monaca Towa.

In episode 5 of Despair Arc from Danganronpa 3: The End of Hope's Peak Academy, Junko is seen drawing a sketch of Monokuma in her notebook, likely only coming up with the idea for him at the time, as Hope's Peak Academy's logo inspired his left eye. In episode 11, she is seen playing with an already created immobile plushie version of Monokuma, likely speaking in his mannerism and creating his iconic laugh for the first time.

MonoJunko is considered as a crack ship in the Danganronpa fandom. Many people in the fandom joke about MonoJunko being Junko's best ship. While the ship isn't meant to be serious since it's a "Human×Robot" ship. Some people draw fan arts of Junko and Monokuma as human and sometimes portray them as couple or as 'Partners in Crime'. Some also consider the ship to be selfcest, since Junko creates Monokuma's personalities and so, Monokuma and Junko basically have the same personality. Otherwise, both Monokuma and Junko have more popular ships, such as Junkan and Monokumi.

The ship also sailed, due the Danganronpa fandom's dislike for Junko ships, since most of them are considered as "toxic" or "abusive", because of Junko's gruesome and mean characters. Some also portray Monokuma, as the child from the ship, Junko×Despair, since Monokuma is a robot bear that was created to spread despair, and Junko loves despair more than anything, so some people came onto the idea that Monokuma is Junko's child. In general, Junko and Monokumas design matches the other one. Junko also wears little Monokuma's in her hair. 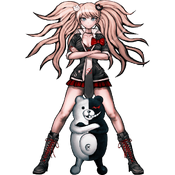 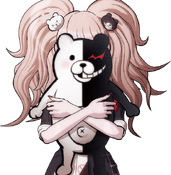 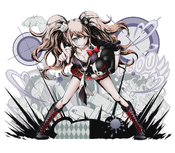 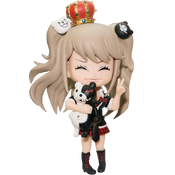 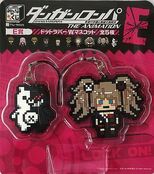 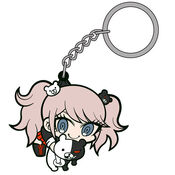