• Pair The Smart Ones

MonoKendo is the het between Itsuka Kendo and Neito Monoma from the My Hero Academia fandom.

Itsuka and Neito are friendly towards one another and can often be seen with each other. However, she does not approve of Neito's constant mockery of Class 1-A. Whenever he tries to taunt Class 1-A for whatever reason, she knocks him out and apologizes for his actions and often criticizes him heavily. She also does not approve of him being a bad influence to Pony Tsunotori, as he has her insult Class 1-A due to Pony's naive nature. However, Itsuka is not shown to do much more than knocking him out, suggesting that she doesn't believe he deserves a harsh punishment.

Itsuka doesn’t seem to bear much ill will towards Neito, though it is clear that his outbursts get on her nerves. She turns him in during the scavenger hunt as a “perverse person” and taunts him about making enemies with Katsuki while patting his head. They are shown to be good terms even if they annoy eachother. They both appear alongside their fellow classmates at the opening ceromony of the sports festival. Later on Itsuka notices that Neito is disrespecting Katsuki and tells him to stop rilling up their opponents.

The two hang out together along with Itsuka's team and Tetsutetsu in between the end of the cavalry battle and the finals. And also before the finals students participate in recreational games. For the scavenger hunt, She turns to Neito in since she needs a 'perverse person'. Later in the finals after the match between Ibara and Denki, Neito takes the opportunity to taunt class 1-A. A moment later Itsuka steps in and knocks him out and apologizes to Class 1-A for his behavior. After this they both alongside their classmates they watch the rest of the finals from the stands. Itsuka teases him, after Katsuki won the battle against Tokoyami, with saying that he chose a scary person to make an enemy out of. However Neito just says that Katsuki was lucky thats his quirk worked well in the match. In the sports festival's closing ceremony Neito and Itsuka both join their class in honoring the winners.

In the school festival, Itsuka is a competitor in the beauty pageant. Neito came to her before the beauty pageant and acted suprised that she could pull off the dress. Neito told her that this was a compliment, after Itsuka responded irritatedly. Although Neito is often knocked out by Itsuka, he is shown to be actively supporting her, hoping she will win the beauty pageant. Most likely he wanted her to win for Class 1-B. When people are asked to vote for the winner, Neito jumps unto the stage, while being held back by Awase, shouting that everyone should vote for Itsuka.

MonoKendo is considered a rarepair within the My Hero Academia fandom, rivaled by ships such as TetsuKendo, MomoKendo and MonoShin. While some think that Neito is too much of a "villain" type for Itsuka, others disagree, thinking their contrast in personalities is what makes the pair interesting to watch. Some TetsuKendo shippers dislike MonoKendo mostly because they dislike the controversal character Neito Monoma, thinking he is too obnoxious to be in a relationship with Itsuka--eventhough she herself is friendly with Neito. But many MonoKendo shippers like to think that there are romantic feelings between the two, many portray them becoming more affectionate with each other over time. And sometimes they are viewed as a comedic couple! It is amusing to think a good girl like Itsuka would want such a fight-picking boy like Neito. Itsuka is friendly towards Class 1-A, so maybe she could be a good influence on him? The two are background characters, and that encouraged shippers to see the two as a romantic pairing, given how many moments they've shared and their amounts of screentime. People see the two as friends, and the fact that they can remain on good terms even when Neito mocks Class 1-A has made some fans ship them. 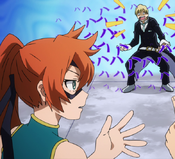 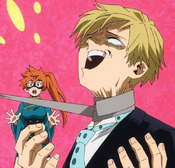 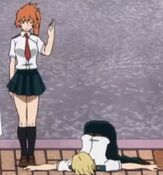 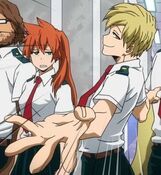 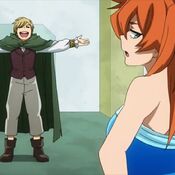 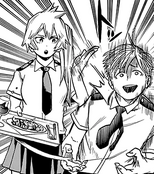 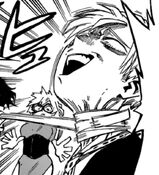 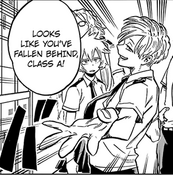 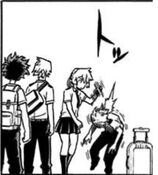 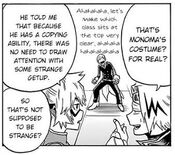 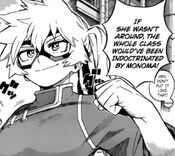 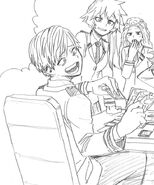