Mukugiri is the femslash ship between Mukuro Ikusaba and Kyoko Kirigiri from the Danganronpa fandom.

They don't interact a lot because of Mukuro's early death. But despite of this, Kirigiri disappeared for a little of time from everyone to research information about her, interpreting like if Kirigiri was interested about it. After reappearing to Makoto Naegi, Kirigiri warns him about Mukuro by saying; "Mukuro Ikusaba, the 16th Student, lying hidden somewhere in this school... the one they call the Ultimate Despair, watch out for her".

In chapter 6, while Kirigiri erased her presence from everyone to research, she was confused with Mukuro after Ikusaba's body was thrown by the mastermind right where Makoto and the others were researching and the fact that the body was a girl that made imply them that it could be Kirigiri the one who was dead, since she hadn't appeared with Makoto and the others for a time.

In Danganronpa Zero, Mukuro acting as Junko thinks Kyoko is interesting to have around even though she's investigating the sisters' plans for despair, putting them at risk.

In Danganronpa IF, Mukuro is framed as the mastermind by Junko and the class believe her and Makoto to be terrorists. Kyoko, while not completely trusting her, gets Mukuro to speak to her. She listens to Mukuro's story and offers to work with her. Mukuro declines, saying she works alone.

In Ultimate Talent Development Plan, Kirigiri and Mukuro (in her disguise) are seen chatting before the three-legged race, Mukuro points out that Kirigiri didn't seem athletic to her, but that her grades on P.E were pretty good and after the compliment Mukuro said that she was relying on her. Kirigiri in response points out that Mukuro exercises quite a bit and Mukuro says back that models need physical strength, and Mukuro praises Kirigiri for pointing it out, since her talent was "Ultimate Detective". While Mukuro and Himiko were discussing, Kyoko asks them about their situation, Mukuro says that Himiko was being a stubborn after she asked her for doing magic tricks but in response Himiko answered that it was real magic. Mukuro then tells Himiko that Kyoko could figure out all her "gimmicks" of her magic tricks, sounding like if Mukuro relied a lot in Kyoko's talent. However, before Kyoko could give an answer, Himiko had already left to make her magic show while Mukuro and Kyoko were contemplating it.

They then are seen talking about their jobs, and then Mukuro asks Kirigiri if she was free the next day, after getting a positive answer, she told her that Asahina was holding a party and that she told her to everyone, and then Mukuro asks if she would be able to go there, which Kirigiri gives her a positive answer again. Mukuro though was worried about Kirigiri's job, since she could get a sudden case to solve and so told Kyoko that she would tell Asahina that she wouldn't be in the party, and then Ikusaba tells Kyoko that she hoped her to attend to the party too, and Kirigiri said that she would hope as well that she could go too.

They both have similarities like both being stoic girls and the fact that they both are Makoto's love interests, along with Sayaka too, which it creates the Naegi Harem. They're also similar because they had secrets that they were keeping but then revealed some time later by the person itself or by someone else, like Kirigiri revealing her true talent plus about the director of the school in where she and the other 14 students were trapped in and with Mukuro's true identity revealed by Junko Enoshima in the final Class Trial.

Mukugiri is rather a rarepair to the Danganronpa fandom due the lack of interactions between them after Mukuro's death. However, it became a bit known because of Kirigiri's warning about Mukuro to Naegi, which it became a very-known meme in all the Danganronpa franchise. The ship is overlooked because at first glance, the characters seem too similar to have chemistry. Kyoko and Mukuro have many differences and parallels though, Kyoko's main insecurity is her independence because of others pitying her for her father leaving her. Mukuro however is dependent on Junko to tell her what to do and compares herself to a war machine. Mukuro's self-sacrificial behaviour and Kyoko's unwillingness to trust or depend on others at first makes for an foil dynamic. The ship is overshadowed by popular ships like Naekusaba, Naegiri, and Ikuzono for both girls. The ship gained more popularity due to them both being featured in a Danganronpa S cutscene. 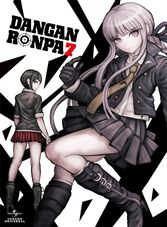 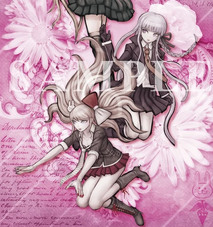 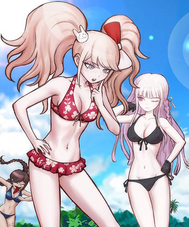 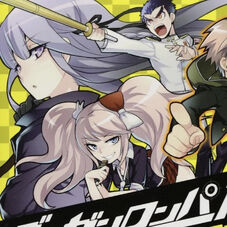 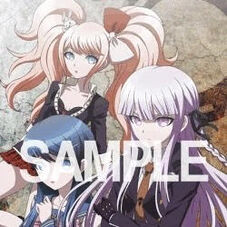 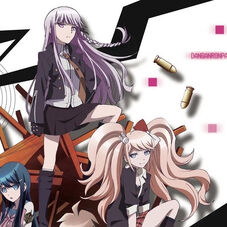 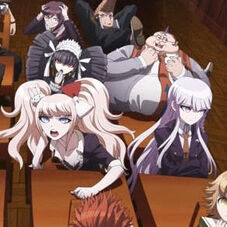