Naeceles is the het ship between Makoto Naegi and Celestia Ludenberg from the Danganronpa fandom.

During the game's chapters the two of them barely share any amount of direct interactions. After their first acquaintance, Makoto defines Celestia as both polite and forceful at the same time, and described her as someone he should be careful around. After being suspicious of "Celestia Ludenberg" being her real identity, making Celestia immediately jumps in defense, insisting that it is in fact her real name. In a missable scene of Chapter 3, Naegi agrees to sneak on the girls in the bathroom, and Celestia was one of those girls in question.

During Chapter 2, there is a key Truth Bullet providing interaction between the two, where Celestia informs Makoto that she encountered Chihiro Fujisaki in the storage room before his murder, before stating that, she informs Makoto that he will be the only one whom she will tell that information to, which turned out to be true until the class trial.

In her Free Time Events, Celestia started referring to Makoto as a "D-rank" since she had a habit of ranking the people around her based on how she feels about them. She also shows that she had an interest in his ultimate talent, which is luck, and wanted to test whether his or her luck of the Ultimate Gambler was stronger. She also says that she would revise her impression of him whenever he gave her something she liked, which also makes Makoto happy for her in return.

Celestia tells Makoto some stories about her gambling experience during her Free Time Events. She also shares many things with him, such as her "perfect gambling strategy" and eventually opens up to him the more he talked to her, which is shown in her telling him to talk to her again sometime and being much more respectful towards him.

In Celestia's final Free Time Event, she asks Makoto if he could meet her up in her room in order to tell him something important, in a way where she seemed much more polite and somewhat shy, much to Makoto's surprise. After going to her room, she tells him that she has received results and states that the child she carried was his, which afterwards turns out to be a lie. What she actually had in mind is that she has considered promoting him to "C-rank," with a brief explanation of what her ranking system is about, stating as well that she had "knights" from all over the world that submit to her service. She then admits that Makoto might have the potential to be one of them. Makoto concludes from this that he can officially call her "his friend" but a type of friend he should keep his guard up around.

In the School mode events, Celestia lets Makoto take her to different places where they could spend time together. Whenever Makoto made the good choices, she admits that she had a lot of fun with him, and asks him if they could do this again anytime soon. In her Graduation Event, Celestia finally considers Makoto worthy of being the first "B-rank" and Makoto agrees on marching towards a hopeful future with her as her Knight in order to achieve her dream of living in a European castle, as she held her hand out for him to take.

There is also an interaction between the two in the non-canon bonus mode, Ultimate Talent Development Plan, from Danganronpa V3: Killing Harmony, where they plan to play a match of Mahjong against the school's headmaster, along with Nagito Komaeda.

“Hmhm. The more wonderful things I receive from you, the better impression I get.”
— Celestia, after receiving a pleasant item from Makoto during the Free Time Events.

“Seeing Celeste happy with something I gave her makes me happy!”
— Makoto, after seeing Celestia's reaction to something pleasant he gave her during the Free Time Events.

“You are the Ultimate Lucky Student, yes? Does this perhaps exceed my own luck...?”
— Celeste, questioning if Makoto's luck could exceed her own during the first Free Time Events.

“The child growing in my belly... It's yours.”
— Celestia, lying about being pregnant during her final Free Time Event.

“Perhaps, it is not impossible. With you standing next to me, I am certain...”
— Celestia, reasuring Makoto that her dream isn't so impossible to fulfil as long as he is by her side, during the School Mode ending.

The ship isn't seen as popular by most fans, as it loses in popularity to both characters' main ships, such as Naegiri, Naezono, or Naegami for Makoto, and Celesgiri or Celesgami for Celestia. The ship mostly sails from the moment when Celestia tells Makoto that she was pregnant with his child, as well as the fact that Celestia wants Naegi to be her knight and considers him as someone worth of her time; along with the many Free Time and School Mode events.

Some shippers believe there is a possibility Celestia might have a crush on Makoto, with all her statements about considering him worthy of being her knight and having an interest towards his talent of luck. They believe that since she does her best to keep her composure, it would be hard for her to confess her feelings to him, making some kind of a tsundere relationship with him. Since Celestia has issues redeeming the fact of being "average" as a good thing, Makoto's optimism is seen as a chance to help her change that vision into a better one. 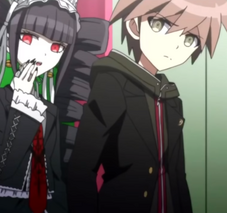 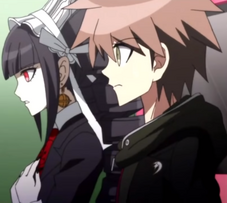 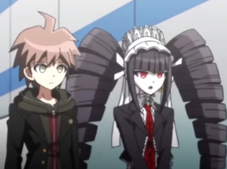 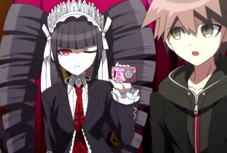 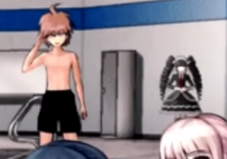 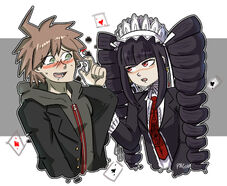 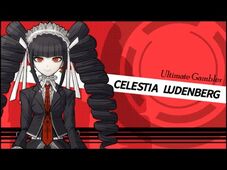 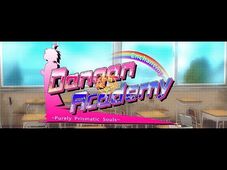 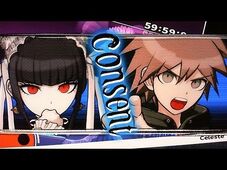 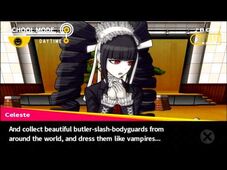