Naekusaba is the het ship between Makoto Naegi and Mukuro Ikusaba from the Danganronpa fandom.

Neither character had many interactions in the main story, but School Mode, Danganronpa IF, and various spinoff materials reveal that Mukuro had a crush on Makoto before the events of Monokuma's Killing Game.

Their relationship can be explored through optional Free Time and School Mode events, where Mukuro shows a clear attraction to Makoto. In their first event, Mukuro describes Makoto as a passive boy and says that he needs an aggressive girl. She promises to get him acquainted with somebody like that once they escape the academy (likely referring to herself). Mukuro subtly slips out hints of her identity several times throughout their interactions, and her attraction toward Makoto becomes increasingly apparent. Depending on the Events and dialogue options chosen by the player, Mukuro will even openly flirt with him in some scenarios. At the end of School Mode, Mukuro resolves to reveal her true identity to Makoto, despite pretending to be her sister for as long as they've known each other. In turn, Makoto offers to help her find a new dream to chase after they escape, and he promises not to abandon her, even if she seems different from before.

In eleventh episode of Despair Arc, when Junko Enoshima suggests that there might be more to Makoto, Mukuro tries to convince her that he's just a loser. After Junko explains why Makoto's luck is a threat to her plans, Mukuro asks whether she's going to kill him, with a noticeable hint of fear in her voice. In Super Danganronpa 2.5: Nagito Komaeda vs. the World Destroyer, in Nagito's illusionary world, Mukuro is shown hiding behind a tree, jealous of Makoto and Sayaka Maizono walking together.

In one of the bonus modes from Danganronpa V3: Killing Harmony - Ultimate Talent Development Plan, the two are shown to have similar interactions to those from their Free Time Events. Mukuro stays behind in the classroom, being sentimental before the upcoming graduation. The two end up talking about their plans for the future. Mukuro reassures Makoto that any company would likely want his luck on their side. Likewise, after she admits that she's not sure about her own plans, he'll support her no matter what she chooses and will be there for her.

The ship sailed as a result of Mukuro Ikusaba developing a crush on Makoto. Despite originating from interactions almost exclusively available in bonus material, as well as a side material, Naekusaba has a relatively large following and can be considered one of the three major Makoto ships. It was popular enough to warrant being referenced in the OVA, and the only two Makoto ships with more entries on AO3 are Naegiri and Naegami.

Its main ship rivals are Naegiri and Naezono, although there are a lot of fans who like all of them equally, sometimes resulting in the Naegi Harem. 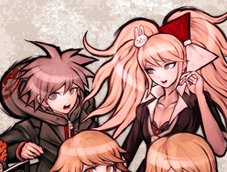 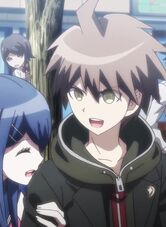 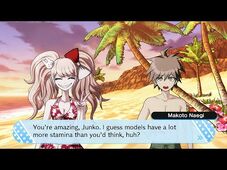