NaruSaku is the het ship between Naruto Uzumaki and Sakura Haruno from the Naruto fandom.

Naruto got to know Sakura while they were in the academy together and Naruto eventually developed a crush on her. However, Sakura only had eyes for Sasuke and found Naruto to be annoying. After becoming Genin, Sakura and Naruto were placed on the same team along with Sasuke which only developed tensions even further. Naruto still had hopes of winning Sakura's heart while Sakura payed more attention to Sasuke.

As Naruto improved as a ninja, Sakura began to respect him some more. Sasuke eventually fled the village and Naruto promised Sakura that he would retrieve Sasuke. However, he failed so he left for over two years to train with Jiraiya. After returning, Sakura was impressed to see how much Naruto had changed. The two began to work together on a team and worked well together on the battlefield.

When Sasuke was deemed an S-rank criminal, Sai pointed out that Naruto was determined to bring Sasuke back because of his love for Sakura. Because of this, Sakura told Naruto that she loved him and begged him to give up on Sasuke. Naruto, however, could tell that Sakura was not sincere and insisted that he also cared about bring Sasuke home.

During the Fourth Shinobi World War, Naruto and Sakura once fought side-by-side on the battlefield. Naruto's father Minato was revived and asked Naruto if Sakura was his girlfriend because he saw her healing him. Naruto said that she was his girlfriend which caused her to punch him. When the nine-tailed fox was extracted from Naruto, Sakura kept him alive by performing CPR on him. After the battle is over, Sasuke knocks her unconscious with a Genjustu which angers Naruto. However, they battle and Sasuke is finally convinced to return home. This means that Naruto finally fulfilled his promise to Sakura.

Two years later, Sakura is aware of Hinata's crush on Naruto and offers her a seat next to him. She scolds him and calls him an idiot when he does not walk her home. Naruto eventually confesses to Hinata but she runs off with Toneri in order to save her sister. Sakura heals Naruto and assures him that Hinata feels the same way about him. Years later, she attends Naruto and Hinata's wedding.

NaruSaku is one of the most popular pairings among the Naruto fandom. This is mainly due to the fact that the main protagonist Naruto had a crush on Sakura who was the main heroine. However, Naruto ended up with Hinata instead while Sakura ended up with Sasuke instead. Many fans were upset by this and felt that Naruto would have been much better with Sakura due to their development and time spent together during the series. NaruSaku usually rivals the NaruHina, SasuSaku and SasuNaru pairings. It is occasionally shipped along with SasuKarin, SasuHina or SasuIno.

The paring is famously seen as a parallel to Minato and Kushina (MinaKushi), Naruto's parents. Kushina and Sakura greatly resemble each other as they both hate to lose, have a temper and greatly care or those who they love; Sakura has also been seen as a small parallel to Minato as they are devoted to their loved ones and their village. When Naruto met his mother and saw her memories of before and father his birth, Kushina said while talking about him going to have a girlfriend "just try not to pick a weird one...try to find someone like your mother". Later when the Edo Tensei is used on the previous Hokage, including Minato and arrive at the battlefield of the Fourth Shinobi War, he asked if Sakura was Naruto's girlfriend to which Naruto said yes but Sakura hit him and told him to shut up while she would heal him more, this caused Sakura to remind Minato of Sakura, with the words "This girl...is eerily similar...to Kushina".

Kushina and Sakura have very similar relationships to Minato and Naruto; Kushina didn't think much of Minato when she first met him and didn't believe that he could become Hokage, just like Sakura was always annoyed by Naruto and thought his dream of Hokage was silly when she first met him. However as both women got to know them their minds and hearts changed, Minato saved Kushina when she was kidnapped and told her that her red hair was pretty and comforted her that she wasn't an outsider and instead a ninja of the Konoha, and told her that he wanted her to stay. Sakura started to change when Sasuke called her annoying which caused her to feel down, she thought if this is how Naruto feels and tells herself that she can be nicer to him, Sakura would then grow in her attitude towards Naruto and soon give him her complete support as him as a person and towards his dream to becoming the Hokage.

Kushina and Sakura were both bullied by a physical trait; Kushina's bright red hair and Sakura's large forehead. Both had been the target of many bullies and became insecure (more Sakura then Kushina), however when Minato tells Kushina that her red hair is pretty and that she shouldn't harm it she began to fall for him. Naruto compliments Sakura's forehead and tells her that he wants to kiss it but is Sasuke in disguise to get closer to Sakura, Sakura was happy at this compliment but to this day still doesn't know it was Naruto who said it and not Sasuke.

The pairing is also parallel to the author, Kishimoto, and his wife; as he describes himself as Naruto and his wife is more like Sakura. Them also becoming parents inspired him to write about Minato and Kushina, who NaruSaku greatly parallel. The author of One Piece attended their wedding and said that his wife looks just like Sakura, his wife also wanted Naruto and Sakura to end up together and was greatly saddened when it didn't happen; Kishimoto even admitted that it caused a rift in the household.

Shortly after the ending, NaruSaku fans gathered together to create their own children of Naruto and Sakura. In the months following, they created multiple children, but the most well known and wide spread ones include "Uzumaki Shinachiku", "Uzumaki Hanami", and "Uzumaki Arashi".

Although the fandom is not as active and popular as it was previously, NaruSaku fans continue creating original fanon content including redesigns of adult Naruto and Sakura.

NaruSaku ~Amv~ I Got U

NaruSaku ~Amv~ Lose You To Love Me

NaruSaku AMV - At The beginning 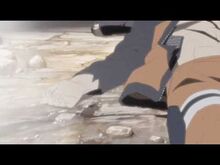 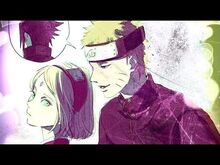 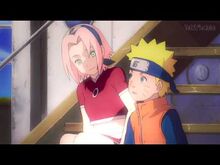 Narusaku「AMV」- How to love ᴴᴰ 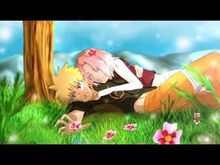 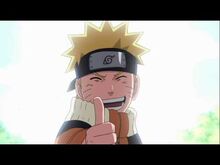 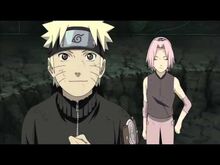 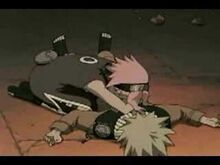 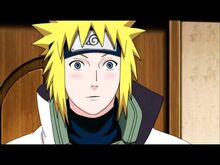 SasuNaruSaku refers to the ship between Sasuke Uchiha, Naruto, and Sakura

Retrieved from "https://shipping.fandom.com/wiki/NaruSaku?oldid=251476"
Community content is available under CC-BY-SA unless otherwise noted.