Nemma is the het ship between Noah and Emma from the Total Drama fandom.

Noah and Emma get to know each other by participating in a reality show that includes races around the world. Noah notices Emma for the first time during a stop in Transylvania.

As Emma completes the final challenge, performing a deft gymnastic maneuver, Noah watches her and is immediately captivated by her grace.

He continues to stare at her, and he is so enthralled that he does not break even when his friend Owen falls on him. It must be said that Owen is big and heavy, and therefore the friend takes a good blow, but Noah's attention is completely absorbed by Emma.

Noah spends most of the next episode staring spellbound at Emma completely unaware of his feelings for her. Whenever Emma talks to him, Noah just keeps staring at her. Due to his love, Noah softens and even goes so far as to help one of his opponents Mickey in the challenge, a very unusual behavior for him, so much so that his friend Owen fears that he is ill.

Kitty, Emma's sister, realizes what's going on and explains it to Owen.

On the plane, Owen asks Noah if he would like to sit on the window seat, but he refuses because the aisle-side seats are closer to Emma. At the same time, Kitty proposes to her sister to form an alliance with Owen and Noha, although Emma rejects the idea and adds that she doesn't like Noah's sarcastic attitude

Afterward, Emma and Noah start chatting, and their respective teammates (both people who know them well) see their similarities and decide to try to put them together.

The two teams choose to compete in the same challenge, which consists of cleaning the windows of a skyscraper. Due to an accident caused by the competitors competing in the other challenge Emma falls, and Noah saves her. After helping her and her sister in the challenge and allowing them to reach the top spot, Emma begins to see Noah in a good light and agrees to make the alliance between their teams, not realizing that she too is starting to develop feelings for him.

Although they are now allies, Emma still doesn't trust Owen and Noah, but is tricked by Kitty into admitting that she likes Noah. Despite this, Emma chooses to focus on the race and tries to ignore the attraction to Noah.

During the episode, Noah finds it difficult to start a conversation with Emma and ends up embarrassing himself for saying the wrong things. To impress her, he tries to behave similarly to her by adopting her bossy attitude. However, this only leads her to think he is mean to Owen. Noah still helps Emma in the challenge, injuring his hand.

After reaching the great wall, finish line of the race, Emma tries to relieve Noah's pain by massaging his swollen hand, and although she only gets to hurt him excruciatingly, he asks her to continue, a sign that he is very happy to have some cuddles by the girl. Noah would be ready to leave another time for Emma and Kitty to get the highest position in the standings (an advantage in the race, because we are leaving for the next stage in the order of arrival at the previous one), but Emma wants them to be Noah and Owen to get this advantage. Considering the girl's competitiveness, this is a great sign of love.

During the episode, Kitty urges Emma to tell Noah that she likes him. At the beginning of the episode, although he and Owen the spa hotel first, Noah insists that before entering and starting the challenge they wait for the sisters so that they can share a sauna, despite this Owen fears risks ending them last place and eliminate from the competition . In the sauna, Noah attempts to strike up a conversation with Emma but fails due to the heat.

Later when the challenge involves Noah performing in front of an audience, Noah fails because he is too

distracted by Emma watching him too.

To save Noah from elimination Emma sabotages another squad, but Noah, not knowing this, states that he has decided to give up on Emma forever, as she has shown no interest in her ... just as Emma tells Emma. her sister Kitty Noah likes her.

After another contestant Carrie tells her she is about to confess her love to her best friend Devin, Kitty tells her sister she should do the same. Emma assures her that she will, after the race. The challenge is to escape from a prison and when the Sisters accidentally break into Owen and Noah's cell, Emma and Noah romantically look into each other's eyes, and Noah's feelings for Emma rekindle.

Emma has now fully accepted her feelings for Noah and has become obsessed with him to the point that she begins to neglect the game. The girl even goes as far as to outline every detail of their future together, and it's her younger sister Kitty who does her best to keep her grounded.

As they are about to share their first kiss, the two are overwhelmed by mistake by the surfers, another team. While on the train, Emma almost lets it slip that she wants to get married to Noah. Kitty and Owen soon realize that getting the two together during the race was a bad idea, as they are both too distracted with each other instead of focusing on the race. Emma realizes her mistake after crossing the finish line in penultimate place and tells Noah that they can't be together during the race causing him to go into depression. Owen and Noah finish last but are not eliminated, as it is a non-eliminatory round.

Noah spends the whole next episode in a catatonic state too depressed and unmotivated to do anything. Because their relationship is on hold, and by extension the alliance as well, Emma continues with the contest and blames other reasons for Noah's current state, refusing to admit that it's her fault. However, Emma briefly regrets breaking up with Noah even going so far as to describe him with sensationally.

At the end of the stage, Emma finally apologizes to Noah for leaving him and admits that she will go out with him after the race if his team wins it. After hearing Noah he gets up and doesn't care that Emma cares about winning more than him.

Emma tries to talk to Noah and Owen and greets them. Noah sculpts a heart of ice for Emma who is moved by it, but Kitty drags her away and tells her to focus. After finishing the challenge, Emma wonders if she and Kitty can help Noah and Owen complete it as well, but Kitty takes her away again.

Emma lets Owen and Noah get into the cab with them. Kitty gets mad when Emma and Noah don't focus on the challenge, preferring to snuggle instead and suggests that she and her sister go through the challenge without the other two, insisting that Emma's proximity to Noah is hindering their performance. Noah agrees with Kitty, even though Emma says she wants another five minutes for them. Later Noah states it is a win-win situation. If he or Emma loses or wins, he can hang out with her either way, even hoping to be eliminated.

During the challenge Noah ends up being buried by the carpets and Owen can't find him, so the two are eliminated. Emma saves him and tells him to come to the finish line of the last race after she wins so they can go to their first date and the two later share their first kiss.

As he and Owen leave, Noah claims he is happy to finally have a girlfriend and jokes that he won't have to work since he's dating someone who wants to be a lawyer and Owen jokes that Emma would certainly be happy to support him.

Even though Noah was eliminated from the competition, Emma continues to think and talk about him. To stay focused on the race, Emma gets slapped by Kitty every time she enchants herself with thinking about Noah.

Emma claims she is glad there are no boys to distract her, but then says, "Emma and Noah to victory!", Leading her sister to annoyed reminding her that she is called Kitty.

To stay focused on running, Emma attempts to drive Noah out of her mind, but has little success. During a conversation with another competitor Carrie, Emma tells her to try hard to ignore what she feels about her teammate Devin, just like she did with Noah.

Since Devin is seriously injured he and Carrie have to go home but the rules allow them to bring a previously eliminated team back into play in their place. Emma hopes the two choose Noah and Owen, but then changes her mind knowing that the Indian's presence would distract her for the rest of the race. Devin and Carrie, however, select two other competitors Geoff and Brody, to repay them for having been eliminated in their place earlier.

After she and her sister were eliminated from the competition, Emma talks about how she appreciated her sister's contribution during the competition. After she finishes giving her the compliments Kitty asks if she will call Noah, and Emma replies in the affirmative.

All of the eliminated competitors are seated in the stands near the finish, and Emma and Noah are seated next to each other. Later, when all the teams pose together to take a picture the two are side by side and look each other intently in the eye.

The ship sailed as a result of Emma and Noah's canon mutual attraction to each other. It became one of the biggest base-breaking ships among the Total Drama fandom.

Plenty of Noah's fans were happy to see him finally get a major role in a season and have his own romantic plot. They also enjoyed that he got a girlfriend who had a similar personality to him. On the other hand, the ship also got a lot of haters. One of the reasons was that it ruined a headcanon of a lot of fans of Noah being gay, mostly as a result of NoCo and Nowen, which are also the biggest rival ships to this one. Those fans also believed that the romantic plot ruined Noah's sarcastic personality.

There's also a third side of fans who like the ship, but agree that it had its flaws and could've been written better. The main reasons for that (which they also share with the ship's haters) are that both Emma and Noah inconsistent throughout the episodes. Fans were excited to see Noah move on from Emma and Emma be the one to be attracted to him at the end of the eleventh episode, only for their relationship to come back to the status quo the next time they interact. They also agree with the haters that the two, especially Emma, became too clingy, with the most jarring example being the fifteenth episode. Another common complain is that the plot never received its proper conclusion due to the version of the finale where the Sisters were included being scrapped. As a result, despite their mutual attraction, Emma tells Noah during his elimination that she'll date him only if her team wins, an idea which is later abandoned. After her team's elimination, she says she'll call Noah and the two are seen smiling next to each other in the finale, which is considered not to be enough to confirm that the two are dating, but enough to assume that Emma isn't going to keep her word of not dating Noah if she loses. 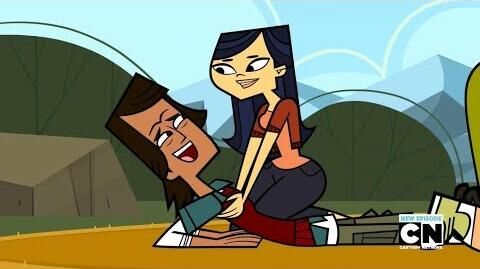 Retrieved from "https://shipping.fandom.com/wiki/Nemma?oldid=248151"
Community content is available under CC-BY-SA unless otherwise noted.