• Battle Couple
• I Want My Beloved to Be Happy — Nyssa does this with Sara, when she's imprisoned in Nanda Parbat and tells Sara to move on
• Star-Crossed Lovers

〉This is Sara. My beloved〈
—Nyssa, introducing her sister, Talia, to Sara

Nyssara is the femslash ship between Sara Lance and Nyssa al Ghul from the Arrow fandom.

Nyssa al Ghul found Sara after Sara was pulled out of the Amazo and presumed dead (in a tragic similarity to her presumed death on the Queen's Gambit). Nyssa brought Sara to her father's castle in Nanda Parbat and nursed her back to health.[1] Sara was henceforth trained as a member of the League of Assassins under the name Ta-er al-Usfar. Nyssa and Sara fell in love and were together, until Sara decided to desert from the League.[2] Sara is hunted by League Of Assassins members, as nobody leaves the League other than by death. After Sara kills one of her attackers, Al-Owal, she goes permanently into hiding to protect her family from the League.[3] After getting word that Laurel needs help, Sara briefly returns and Nyssa flies to Starling City to get Sara to come back to Nanda Parbat with her. Nyssa ambushes on a deserted street and approaches Sara with a knife. Sara seems frightened, but Nyssa lowers the knife and pulls Sara into a passionate kiss. Sara stops it and Nyssa is surprised, but Sara tells her that she wasn't sure what Nyssa would do for a moment and Nyssa, scarily, confirms the notion.

They take a walk and Sara tells Nyssa she's done killing and can't return. At first Nyssa hides behind the League code, but Sara challenges her reason for coming to Starling; that Nyssa really came for Sara. Sara knows that Nyssa is completely fostered by the League, unflinchingly adhering to its codes and tells Nyssa indirectly that if Nyssa's going to kill her, she should just do it, but Nyssa hesitates and leaves. Sara finds out that Nyssa poisoned Laurel with snake venom and goes after Nyssa with Oliver, only to discover that Nyssa has abducted her mother, Dinah. Sara's horrified and after a failed attempt to get her mom's location from Nyssa's accomplice, Sara decides to take the snake venom herself to end the danger Nyssa poses to her family. Nyssa then fights Oliver and he wins, and gives Sara a cure for the venom. Nyssa cedes that if Sara will go to such drastic means, she will be granted her freedom and Nyssa finally accepts Sara's departure from the League of Assassins.[1]

Nyssa – “I know the power of a father's love, and I would die before I let anything happen to your daughter”
Det. Lance – “Well, here's hoping”
— In-laws?[4]

Three months later, Sara breaks up with Oliver and seeks out Nyssa. To combat Slade's Mirakuru army and save her father and sister, Sara enlists the help of Nyssa and the League, in exchange for returning to the League of Assassins herself. Sara and Nyssa have a different approach to the fight, as the League are mercenaries and Sara reiterates that she does what is necessary should she deem it so. All the same, the League agrees to help Sara and Oliver distribute the cure to Slade's army and they do so successfully at Queen Consolidated. Oliver halts Sara killing Isabel Rochev, but Nyssa does so instead. As Slade's army congregates in the tunnel out of the city, Oliver, Sara, Nyssa, Roy, Det. Lance and the League give them all the cure and end the strife. Nyssa saves Sara's life during the battle and Sara calls her name as she's almost attacked, when Det. Lance appears and saves Nyssa's life, and they share a moment of (reluctant on Lance's part) recognition. Laurel and Det. Lance meet Sara at the docks to bid her farewell, as Sara has decided, of her own volition for the first time in a long time, to go with Nyssa back to Nanda Parbat. Nyssa tries to assure Lance that she will protect Sara and Lance has a pithy response.[4]

Nyssa and Sara spend 5 months together in the League until Sara is sent to Starling City on a mission to confirm rumours that Merlyn is alive. Two weeks after she's killed, Nyssa walks into the Foundry demanding to know where Sara is. Oliver tells her she's gone and Nyssa is heartbroken, yet sets off instantly to find Merlyn, whom she believes killed Sara. Oliver thwarts Nyssa's chances at killing Merlyn and she declares Oliver her enemy as he tells her he's protecting Merlyn from the League. Nyssa vows to honour Sara's memory by avenging her and killing Merlyn, whom Nyssa does not stop believing is Sara's killer. Nyssa relays this vow to Laurel as well.[5]

Nyssa is devastated at the news of Sara's death, but is at first opposed to her resurrection, due to the changing nature of those who rise from the Lazarus pit. After Sara's soul is magically restored by John Constantine and Laurel encourages her to take up with Rip Hunter on his mission, Sara visits an imprisoned Nyssa in Nanda Parbat to show her that she is herself again. Sara vows to rescue Nyssa, but Nyssa tells Sara that if she loves her she will leave and live her life freely.

〉I had a Maggie too. And I think about going back to her. All the time〈
—Sara to Alex[6]

〉I took Sara into my heart and I loved her with all of my soul〈
—Nyssa, to Laurel[5] 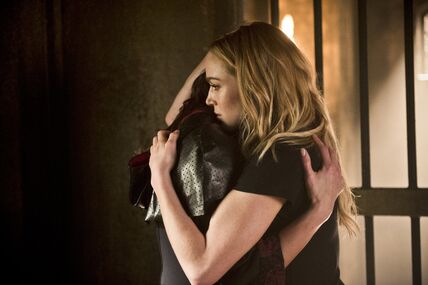 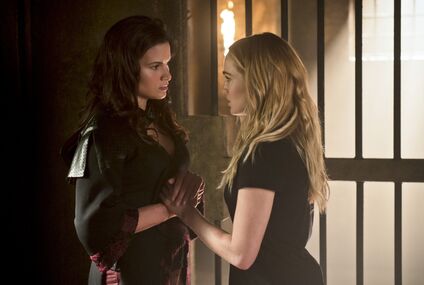 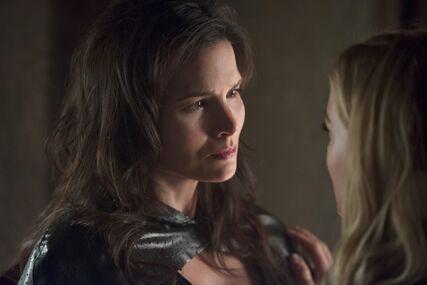 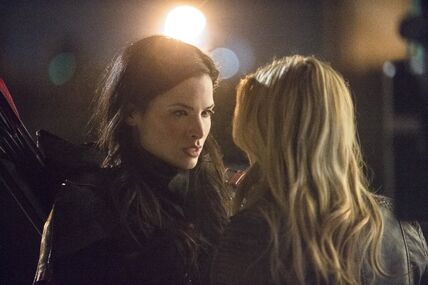 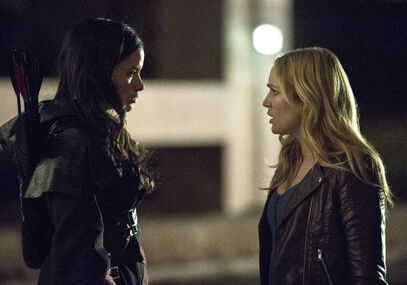 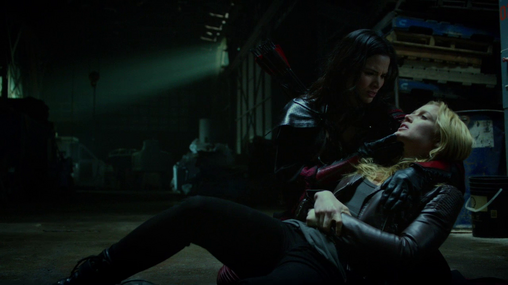 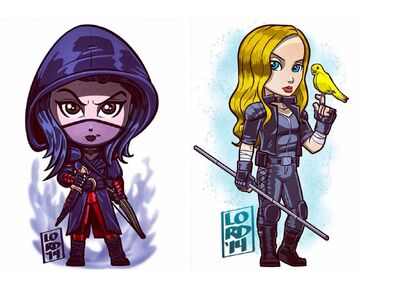 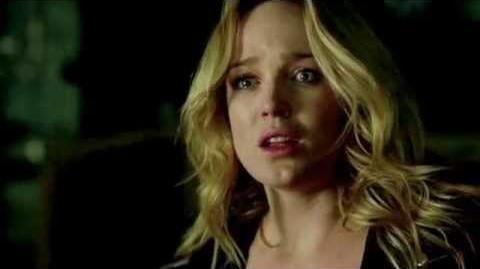 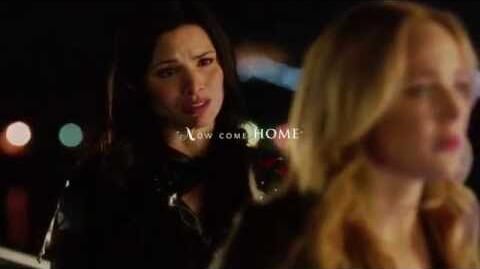 Sara & Nyssa - Somebody To Die For