Odazai is the slash ship between Oda Sakunosuke and Osamu Dazai from the Bungou Stray Dogs fandom.

The meeting between Oda Sakunosuke and Osamu Dazai is still a mystery. The relationship between Oda and Dazai is inserted over a period of time of Bungou Stray Dogs called Dark Era. In this arc, the young executive Dazai seems to care a lot about his only friend (exc. Ango Sakaguchi), Oda. Their relationship takes place in the anime, manga, and the Dark Era Novel, written by Asagiri Kafka.

In the anime, Dazai and Oda, along with Ango, used to drink together at the Lupin. However, it doesn't appear that Dazai drank what he ordered. He only talks to Oda and Ango. During their meeting, Oda declared that he finds Dazai really interesting, in which Dazai replied with "No way, you're more interesting than me!".

Dazai refers to Oda with the nickname "Odasaku", which in Japan, a nickname like that would only be made if someone is in a close relationship with the other. Dazai seems to be the only one who gave Oda a nickname.

When Oda is around, Dazai seems to be happier and his facial expression softened with a sincere smile.

Dead Apple (and a little of the Beast AU)

In one of the first scenes from the movie, we can see Dazai sitting by Odasaku's grave. Atsushi notices him and starts a conversation with Dazai, in which we can find out a little more about Odazai's relationship. Atsushi asks Dazai if that person was dear to him. While Dazai didn't give a direct answer, we could see a small smile for a second, which probably confirms it.

Atsushi also asks him, "Was it someone you were in love with?", in which Dazai answers that if it were to be a woman he loved, he would have died with her.

In one of the light novels from the Bungou Stray Dogs series, the "Beast" novel, Dazai creates an alternative universe in order to save Oda. The one in which the novel is set isn't the first alternative universe he created. In fact, he attempted several times to save him, but always failed. The only time Dazai managed to save Oda was when the two had not made friends with each other, that is the universe in which the novel is set. This is the reason he decided to sacrifice their friendship: Dazai preferred a world where Oda was alive but not his friend, instead of a world without Oda.

One day Dazai managed to meet Oda at the Lupin Bar. At first, Oda didn't know who Dazai was and the two of them just talked. In that situation, Dazai acted kindly and politely and he smiled quite awkwardly, especially when he accidentally called Oda by his nickname "Odasaku". However, the two conversed in a way very similar to the way they conversed in the canon universe, full of bizarre discourses from Dazai and calm responses from Oda.

“When he laughed he looked very different than he was before. I could pass him off as a child. He was like a lost child who had finally found his home.”
— chapter 3

However, when Oda, who was in the Armed Detective Agency instead of the Port Mafia, learned that the man he was talking with was the Port Mafia's boss, he became quite hostile. He pointed his gun at Dazai and when he called him by his nickname, Oda harshly replied "Don't call me Odasaku." These words really hurt the mafia's boss, as stated in the novel:

“The young man suddenly seemed to have trouble breathing. His expression was distorted and his line of sight drew meaningless figures in the air. He opened and closed his mouth. He fought against something invisible.”
— chapter 3

After their meeting, Dazai then takes his own life by falling from the rooftop where he met Atsushi and Akutagawa for the last time. His last words were:

“It's finally here. The moment I've been waiting for. I'm pleased, I'm really pleased... But, I regret something. I will not be able to read the novel when you finish it...”

The person who understands Dazai most is Oda, even more than himself, deep in the heart while nobody cannot.

" At this moment, Dazai realizes for the first time.

Odasaku understood him far beyond what Dazai had ever thought. He had already reached close to his heart, the place near the centre of his heart. Before this, Dazai had never noticed there was someone who understood him so well."

A lot of people from the fandom believe that Dazai was actually in love with Oda. Not only shippers. Additionally, there are a lot of hints telling that it might be a true theory. But we can't be 100% sure yet, since - as it's kind of written in the canon section - some of the things about their relationship are still a mystery. 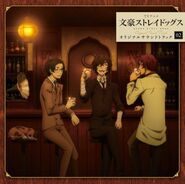 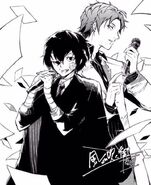 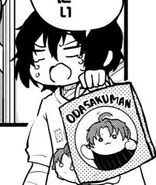 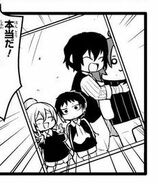 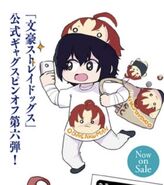 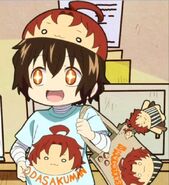