OjiToru is the het ship between Mashirao Ojiro and Toru Hagakure from the My Hero Academia fandom.

Toru and Mashirao carry minor roles throughout the series but almost always together when they do appear. The moments they share are always rather intimate, and more often than not, simply just the two of them. These moments are often aided with backgrounds of pastel colors and jaunty music.

The two were paired up together as Team I (Villain Team) during the Battle Trial Arc. Toru decided to use her stealth to harness the element of surprise to attain a one-up on the opposing team of Shoto and Mezo, but to be the most efficient; she had to remove her gloves and boots, rendering her completely naked.

She gets embarrassed due to having Mashirao near, but he doesn't pay any unnecessary mind to this, as he couldn't see any of her physical features after all. Their team loses in the end, thanks to Shoto's ice, but Toru goes on to compliment Mashirao and excitedly state other things she liked about the spar.

After the events of the U.S.J, Toru compliments Mashirao's strength. He's hesitant to take the compliment since he was using hit a run tactic and didn't know if he was on his own. He then asks where Toru had been warped to. She tells him that she ended up in the Landslide Zone alongside Shoto and compliments him once again. Mashirao finishes the conversation off by telling Toru that he's glad to see her unhurt and happy.

Later, after the Sports Festival's Cavalry Battle, Mashirao withdrew from the tournament, feeling that it was unfair for him to keep fighting after spending the majority of the festival under Hitoshi's control. Toru tries to persuade him not to, but to no avail.

After the students were moved to dorms due to the events from the Forest Training Camp Arc and Hideout Raid Arc and All Might's retiring, all the members of Class 1-A were outside the Heights Alliances, Sero talked about how they got their parents approval, but Toru explained that it took a lot of convincing for her parents. Mashirao said that they both got the worst of the gas attack.

The chapter artwork features the two running together. Toru laces flowers into the fur of Mashirao's tail as they run.

In chapter 6 of the light novel spin-off, "Team Up Missions", the two finally get their spotlight, " titled "Good Job, Do Your Best, Ojiro!" In the chapter, Mashirao and Toru have been called on a mission, leading them to a tropical island together. The two present their quirks to a group of kids, and Mashirao's blandness is quickly pointed out. He becomes quietly offended until Toru speaks out about his positive qualities.

The chapter ends with Toru giving Mashirao a reward "kiss" on the cheek. (It was actually a well-disguised tap on the cheek, as Toru got too nervous to really do it in the end).

During Class 1-A hot pot party, Mashirao and Toru where seen together and Toru tried to prevent Mahirao from getting any of the good meat by using her quirk to hide the pot.

Later Mashirao and Toru both later attended the in the Class 1-A vs Izuku battle to bring Izuku back to U.A.

This ship slowly but steadily gained traction with fans of the show thanks to the lack of screen-time the characters have. Their commonly shared appearances leave some wondering if a potential romance could’ve bloomed between the two when no one was looking.

Both characters are known to enhance their emotions with physical gestures. Toru performs plentiful movements of her hands to get points across, as she cannot be seen otherwise. Mashirao’s tail unconsciously reflects his current state. (e.g., droops when he’s sad, puffs up when he’s excited/scared). Another important thing to note is Toru’s (potentially romantic) interest in Mashirao. She usually takes an interest in mysterious, gorgeous guys such as Shoto, but it was Mashirao who has been made out to be incredibly bland who caught her attention. This means that she obviously sees something within him that no one else does. 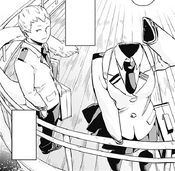 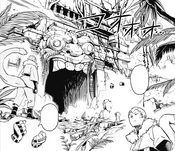 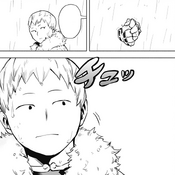 ShinOjiToru refers to the ship between the two and Hitoshi Shinso