Exes (ended badly, but have rebuilt a friendship)

• Birds of a Feather
• Battle Couple

Pambrose is the het ship between Ambrose and Prudence from the Chilling Adventures of Sabrina fandom.

Ambrose hears a great deal about Prudence before they actually meet, as Sabrina's bullied by Prudence at school. Ambrose advices Sabrina on how to deal with Prudence and helps Sabrina out. Once Prudence is selected as Queen of the Feast and Sabrina her Handmaiden, Ambrose is helping her handle the 'intrusion' of having Prudence stay with them up until the very moment he opens the door and sees Prudence for the first time. She slinks in the door, clearly aware of how she has enticed Ambrose who follows her rhythm mesmerised and immediately hits on her. Prudence enjoys the attention and their chemistry is dripping like honey beneath their feet, as they proverbially dance. Sabrina's surprised and bemused at Ambrose's reaction to Prudence, surmising she won't get much help from him onwards. Prudence commands Sabrina's bed and the latter awakes in the night from party noises. Following them to Ambrose's room the open door reveals the sight of Ambrose, Prudence, Luke, Nick and the Weird Sisters having a fun little orgy. Prudence and Ambrose are at the center of their tryst.

Prudence and Ambrose both attend the Feast at the Spellman Manor, where Ambrose expresses in his own way how he'll miss Prudence when she's been sacrificed. After secrets are spilled, Prudence's life is saved.[1] Ambrose catches Prudence, Nick, Sabrina and Dorcas at the Spellman's graveyard as they bury and resurrect Agatha. Ambrose is livid at the liberty they have taken with death and the consequences it will have for all involved. However, Ambrose doesn't stick around to witness Prudence's brutal terrorising of Agatha as she crawls out of her own grave.[2] Once Agatha starts getting sick following her resurrection, Prudence, Nick and Dorcas seek help from the High Priest and find Ambrose and Luke in a compromising position, which they don't really pay any mind to. They ask Ambrose for his assistance in lieu of the High Priest and Prudence tells Ambrose what's happening. Prudence tells him that it happened on the Spellman property, thus Ambrose will help the fix whatever's ailing Agatha and Ambrose responds that he doesn't know much about the Cain pit, but can get help.[3]

Prudence is weary of the lack of recognition Father Blackwood, both privately and publicly, denies her as his daughter. This is exacerbated when Blackwood, annoyed with Sabrina and Nick, names Ambrose as the new Top Boy, which Prudence clearly had her eye on and feels she has earned.[5] When The Academy puts up the school play, The Passion of Lucifer Morningstar, Ambrose is cast to play the 'False God'. Prudence attends the play and it seems to reignite her attraction to Ambrose (although they could have sustained their contact without it being seen). At the after party, Prudence flirts with Ambrose and inquires further into Ambrose's sexual preferences, indicating an interest in more than just a random orgy. Ambrose, in turn, is very interested.[4]

At a party at Dorian Grey's, Ambrose and Prudence are dancing. They sit down later, devouring each other as they make out, while the Weird sisters slink over them. Sabrina asks Ambrose if Luke won't be jealous, but Ambrose just says that he's away, while Prudence retorts that they're getting ready for Lupercalia. Ambrose presides over the festivities, the first event of which is The Matching and Prudence lingers near him as they exchange hungry looks. It seems as host Ambrose can freely choose his partner, and he makes clear he and Prudence are it. At The Courting, Prudence gives out the picnic baskets while suggestively teasing Sabrina about her virginity, which seems to amuse Ambrose. Either way, they dance off into the woods and proceed to enjoy each other until a wolf howl interrupts. During The Hunt, they both seem ready and able to dive in to all its pleasures and Prudence passionately mounts and falls with Ambrose to the ground as the women chase the men into the night.[6]

After a startling tarot card read vision, Ambrose visits with Father Blackwood to prevent it, discovers Luke has died and is inducted, in Luke's place, into the Judas society, reminiscent of his vision.[7] While in mourning and increasingly tense, Ambrose forms an alliance with Nick and Sabrina when they speculate that Blackwood murdered Sabrina's parents and want to stop his wedding to Zelda. Prudence, meanwhile, continues her quest for acknowledgement of her parentage, to no avail. She delivers a message with the Weird Sisters, via their telepathic abilities, and later asks Blackwood to give her the family name. He refuses, and Prudence asks Zelda's help in the matter, but Blackwood refuses. He humiliates her by referring to her as a gutter orphan when introducing the Anti-Pope, the last straw for Prudence. Full of rage at his betrayal, she sets out to murder Blackwood in his bed, but he foils her. The unintended consequence is that he recognises her as his true heir because of her actions.

Ambrose is tricked into murdering the Anti-Pope by Blackwood, after helping Sabrina deliver her late father's Manifesto, and while in hiding at Dorian Grey's, Ambrose becomes sick and throws up his familiar, the mouse Leviathan. A gift from Blackwood, Grey deduces that Blackwood used the familiar to force Ambrose to do his bidding and Grey surmises Blackwood likely murdered Luke as well. Ambrose is overcome in his grief with insurgent rage, vowing to end Blackwood and not perish at his hands, too. At Zelda and Blackwood's dark wedding, Prudence serves Faustus as his family. After an ineffectual interruption by Sabrina and Nick in glamour, designed to get Blackwood's confession, Ambrose teleports in to stab and kill Blackwood. Prudence uses her powers to freeze Ambrose in motion, suspending him in the air, pained. In media res, Ambrose looks at Prudence with shock, wordlessly imploring her to let him go. Prudence wavers as she holds the spell, her eyes showing the pain she feels as she chooses Blackwood over him. The Judas society attacks Ambrose as Prudence releases him and he's thrown in the Witch's Cell.[8]

With a newfound allegiance to Faustus Blackwood, Prudence becomes obsessed with her new identity and enacts it through ruthlessly terrorising Ambrose. She plans, with the Weird sisters, to torture him and they take turns enforcing the idea that he will be executed and deserves to die. They have to obtain a signed confession from Ambrose and start by sending in a demon to fight him in his cell. When Hilda shows up to try and visit with Ambrose, Prudence has the Sisters glamour into Hilda and Ambrose, respectively. The false Hilda psychologically terrorises a defeated Ambrose by saying he's guilty, while Hilda's met with an Ambrose who tells her he's guilty of the murder and should pay for his crimes. Smart as they are, they realise a glamour is taking place. Ambrose finds the skeleton key in the bones from Hilda's chicken and escapes his cell in time to open the front door of the Academy and see witch hunters. Ambrose yells and retreats into the Academy and tries to fight them off along with the Weird Sisters. He is severely injured and the Sisters taken prisoner by the witch hunters in the Church of Night.[9]

Ambrose – “Prudence. I'm frightened”
Prudence – “Don't be. You live with honor. You will die with it. Satan keep you[10]”

Being patched up in the dormitories, Prudence watches, awestruck, as Sabrina heals Ambrose. Blackwood and the Witches Council return to The Academy and re-enforce Ambrose's execution. At another meeting, Prudence tries to ensure that Sabrina doesn't use her new powers to save Ambrose at the execution, without showing any sign of remorse, only glad of her father's wretched approval. Ambrose is returned to the Witch's Cell and Prudence remains his watcher. When Ambrose expresses faith that Sabrina will aide him, Prudence questions him about her powers and Ambrose refrains from answering. As she makes to leave, Ambrose lets himself be vulnerable to the girl he's come close to and confesses his fears. Prudence stops and her face betrays that she struggles with her ruthlessness, in actuality caring for and respecting who Ambrose is, but choosing survival as she's always had to do. During Ambrose's execution at the Church of Night, Prudence watches, steadying herself and not betraying an ounce of emotion, while watching that Sabrina doesn't interfere. After the Dark Lord's appearance and pardoning of Ambrose, Prudence is shocked.[10]

A common ship in the fandom and popular, though the show is decried for not giving them enough screen time, especially in part 3. They're consider a power couple as they are both incredibly skilled and strong in their witchcraft.

Luke was able to open up Ambrose, you know, Prudence is able to heal some of the older wounds and help reconcile that because they've been through similar traumas. So I do think they're a very good fit[11] 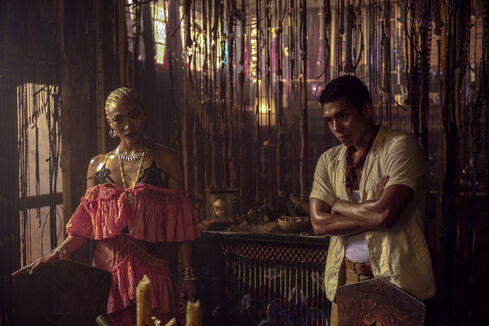 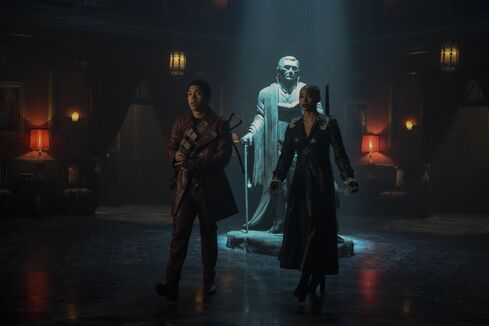 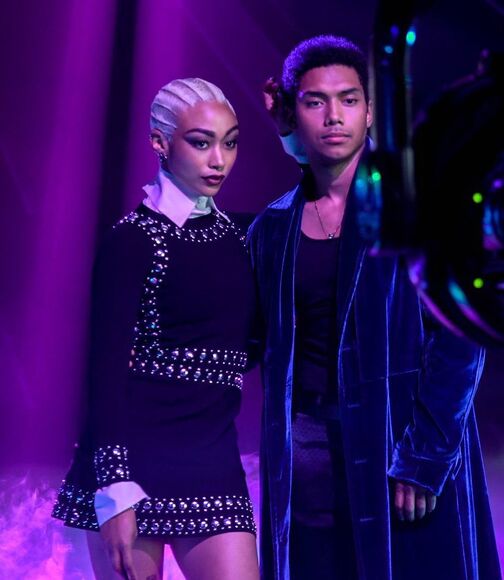 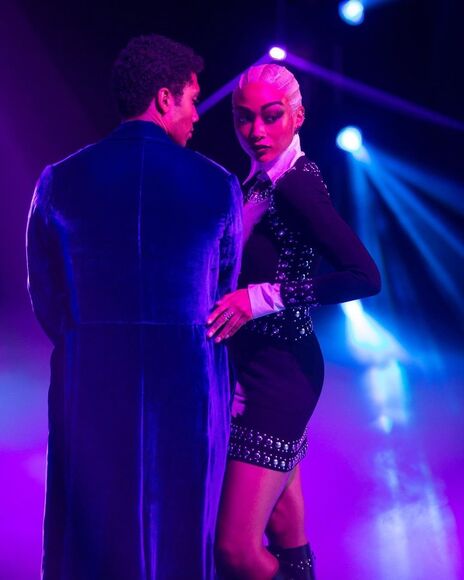 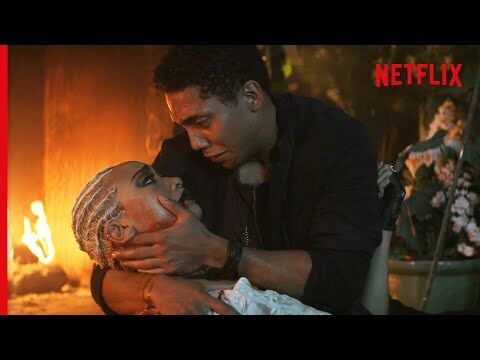 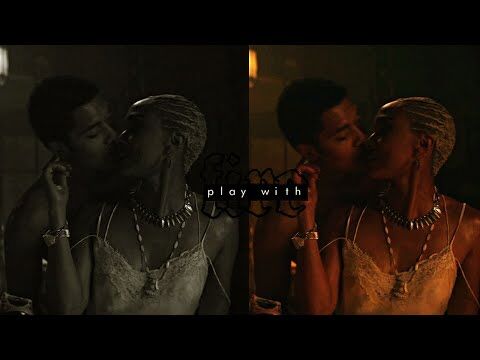 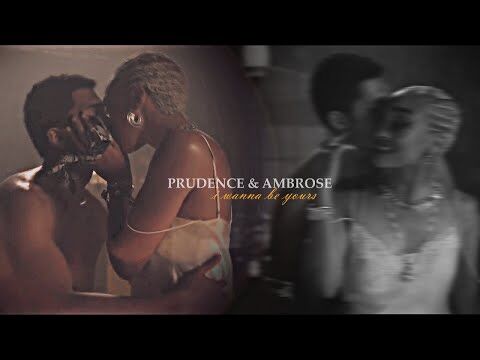 Prudence + ambrose - i wanna be yours