Pitalina is the het ship between Rosalina and Pit from the Super Smash Bros. fandom.

Pit and Rosalina have met in Super Smash Bros. since they are both playable characters. During Pit's conversation with Palutena about Rosalina, he mistakes her Luma for a pillow, following it up by stating he loves pillows.

Rosalina is mature, who is also calm and reserved. Pit is more carefree and wild spirited. In which could have Rosalina guide Pit to be more responsible for himself and would likely to help him learn how to read. Pit would likely give a sense of optimism towards Rosalina and let herself let go from her past.

Due to have not many fan content towards the pairing, it is considered a rare pair.

There are a few different ideas for how Pit and Rosalina could meet. One story suggests they met when Rosalina was driving on Rainbow Road from Mario Kart 7 and Pit was flying in the Galactic Sea from Kid Icarus Uprising. Artwork by looji gives the idea that the two have known each other since childhood. One known fan fiction (in French) has seen each other for years, and also seen each other not grew much physically. It’s likely to be a long distance relationship as they belong to different universes, and would finally meet again in college.

If the Goddess theory is true, then Pit would have an another goddess to serve, which unlike Palutena, Rosalina’s maturity and sincerity would help guide Pit to learn more experiences, because more mature and understanding life. Rosalina would actually bother to help Pit to learn how to read, as Pit is illiterate. Pit would certainly help Rosalina to release her spirit (as in to show who she really is) due to Rosalina being introverted. They both would see the brighter side of the universe and help protect their loved ones. Since Pit and the Lumas are loyal to their mistresses, Rosalina and Pit would likely have a mistress and servant relationship, like Pit has with Palutena.

Oddly, many fanart pieces of the two depict Pit as being taller than Rosalina, despite her being incredibly tall in Smash. It’s likely due to height error or haven’t had much knowledge towards the characters.

The admin of RosaPit-Paradise (see below) created the hashtag "#TheYearOfPitalina" in an attempt to boost the ship's popularity for the remainder of 2019, as well as early 2020. The event lasted from April 25th, 2019 to April 25th, 2020. 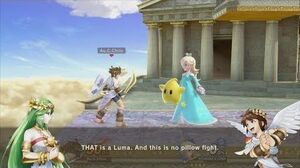 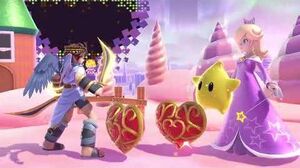 RosaPit - Heaven is a Place On Earth 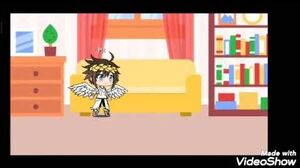 Retrieved from "https://shipping.fandom.com/wiki/Pitalina?oldid=190792"
Community content is available under CC-BY-SA unless otherwise noted.