Ponds is the het ship between Rory Williams and Amy Pond from the Doctor Who fandom.

From a young age Amy, Rory and Melody had been best of friends. Rory had participated in dress-up games of doctor and even on at least one occasion, when he played hide and seek with them, he hid for hours while Amy and Mels neglected to look for him. Amelia was consistently the dominant member of her trio with Rory and Mels. Throughout primary and secondary school, Amelia unwittingly reared Mels, serving in loco parentis and lecturing her after each of her myriad discipline problems. Meanwhile, Rory went submissively along with Amelia's instructions and took her mild abuse, so long as it allowed him to be near her.

Because of Rory's timidity toward making any romantic overtures toward Amy, and his obvious disinterest in other girls, Amy incorrectly assumed him to be gay. In their late teens, Mels caused Amy to realise Rory's feelings toward her and she returned his affections. In doing so, Mels, being their daughter, paradoxically caused her own existence. At some point, Amy and Rory started to have a relationship with each other. They were 'going out' with each other. When Amy met the Doctor again, she proved uncomfortable with admitting her relationship with Rory, at least to the Doctor.

Amy and Rory both meet the Doctor in 2008. At this time, they are in a relationship. Both Amy and Rory help the Doctor defeat Prisoner Zero and warn the Atraxi never to return to Earth. The Doctor then disappears to take the Tardis to the moon for some new engines, and returns two years later. At some point after this, before the Doctor's next return, Amy attends a fancy dress party with Rory. She wears her WPC uniform, whilst he dresses as a Roman centurion. She tucks a snapshot from the party into a book on Roman Britain. Amy and Rory are engaged to be wed on 26 June 2010. On the night of 25 June, the Doctor returns to keep his fourteen-year-old promise. Amy joins him on condition she be returned before morning, but does not mention her wedding.

Amy fell pregnant by Rory on her wedding night. Due to conceiving in the Time Vortex, the child was partially Time Lord. Amy was kidnapped by the Silence and replaced with a Flesh duplicate. She gave birth to a daughter called Melody on Demon's Run, but Amy and Rory lost Melody to the Silence.

Amy and Rory were shocked to learn that Melody, Mels, and River were the same person. After learning about River's identity, they had a family relationship. River said goodbye to her parents for the last time when they were sent to a time-locked New York.

Anthony Williams appeared in P.S., which was supposed to be a DVD extra but could not be filmed. He was the adoptive son of Amy and Rory in New York who informed his grandfather, Brian, of their deaths. As it is from a deleted source, its canon status is ambiguous but is accepted to be canon by many Doctor Who fans and Ponds shippers. 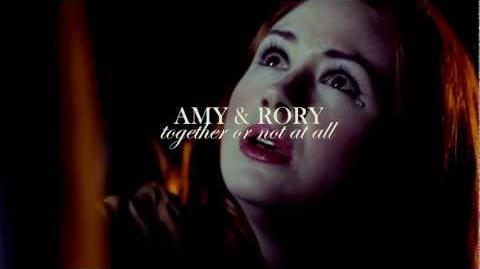 Amy & Rory I together or not at all 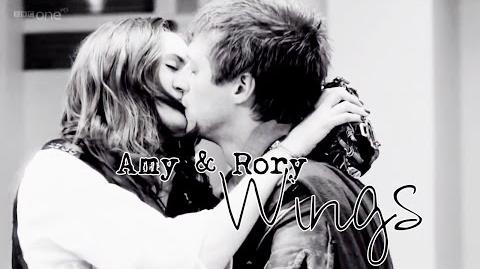