Ranpoe is the slash ship between Edogawa Ranpo and Edgar Allan Poe from the Bungou Stray Dogs fandom.

Edgar and Ranpo first met several years before the actual story takes place, the two of them working on a murder case together. Ranpo solves it almost immediately, leaving Edgar in the dust as he vows to have revenge on Ranpo and surpass him.

Edgar joins the Guild, and in the Agency's feud against them comes face to face with Ranpo, trapping him and Yosano in his ability, confident that Ranpo won't be able to solve it. However, when Ranpo does finally escape the book with Yosano, Edgar is shocked. Ranpo explains how he figured it out, and tells Edgar that he was the first detective that he really thought was almost on par with him, which makes Edgar excited.

Later on, during the Decay of Angels arc in the manga, Edgar has recently bought a manuscript from an auction and is going to pick it up, and ends up meeting Ranpo in the building, who is currently in a bear costume and doing volunteer work to make up for what happened during the Cannibalism. Edgar tells him that he's looking for an envelope to find, and they look towards the window and see it along with a body falling outside. They go down to investigate, throwing ideas back at each other as they progressively solve the murder. Ranpo is about to use his Ultra Deduction to figure out the culprit, exciting Edgar, but before he can all evidence of the scene is wiped, and Ranpo finds nothing.

Ranpo sits on some nearby steps, upset, and Edgar goes to console him, only to find that Ranpo is still chipper as ever about finding the culprit. He calls Edgar on his phone as he's in the car with the culprit so that he can listen in on their conversation. He helps Ranpo with temporarily apprehending the culprit.

Ranpoe is one of the most popular ships for the BSD secondary characters. It is also the most popular ship for both, Ranpo and Poe. The pairing sailed mostly, because of Poe's big admiration for Ranpo, looking like he could be in love with him - however it wasn't confirmed yet - and Ranpo treating Poe as one of his few, closest friends and an almost equally worthy detective as he. 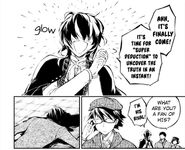 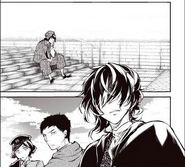 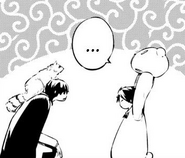 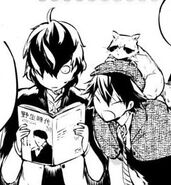 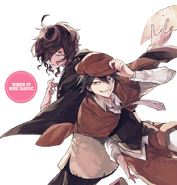