ReiShin is the het ship between Rei Ayanami and Shinji Ikari from the Neon Genesis Evangelion fandom.

Rei and Shinji have a significant relationship thorough the series. They meet in the first episode when Rei is used by his father Gendo to motivate Shinji into piloting Eva 01 since Rei is unable to. After he enrolls in Tokyo 3's middle school, Shinji is intrigued by her mysterious personality as Rei isolates herself from class and seems uninterested in everyday activities. Moreover, Shinji is unsure why his father seems to be close to her. After stumbling on her naked in her apartment, Shinji inquires on this, demonstrating his frustration at Gendo, which upsets Rei. Later, in the battle against Ramiel, Shinji asks Rei why she pilots the Eva, which she explains as her "bond", with Shinji expressing his uneasiness as a pilot. After promising she'll protect him, Rei acts as a human shield to Shinji and he later forces open her entry plug, fearing she might be hurt. Unsure of how to react, Shinji suggests she smiles.

Asuka joins the cast in Episode 8, and Rei takes an immediate, and eventually mutual dislike to her. Rei shares a lot less scenes with Shinji in the following episodes as Asuka takes a bigger part in the story. She is able to easily synchronize with Shinji in Episode 9 much to Asuka's irritation, but this instead is used to motivate Asuka and Shinji to train harder. While Asuka is strong-minded and even critical of Shinji, Rei listens to his musings without offering much response, remaining passive. In Episode 22, Asuka notices Rei quietly waiting in the train station with Shinji, which provokes great jealously in Asuka. Over this time, regardless, Shinji gravitates closer to Asuka, who is also living with and goes to school with him. In Episode 23, Rei sacrifices herself to save Shinji, realizing she has feelings for him. Distraught over her loss, Shinji is overjoyed to find out she is still alive, but she has no memories of her recent past. Eventually, Ritsuko reveals that Rei is in fact part of a series of clones of Shinji's mother Yui, and in fact has three iterations throughout the series. This results in Shinji pushing Rei away, claiming to be scared of her. Later in End of Evangelion, Rei joins with Lilith and starts Third Impact, relinquishing control of Instrumentality to Shinji. She is last seen observing Shinji in a beach just before he notices a just-returned Asuka laying by his side.

Fans often debate on whether Shinji is better off with Rei, whose views on the fandom range from an uncaring, cold "doll" to a caring, warm and philosophical character, or other characters such as Asuka and Kaworu. Supporters tend to argue that Rei understands Shinji intimately and supports him. This is exemplified by some instances in which they worked together well early in the series, unlike the more tempestuous relationship Shinji has with Asuka, and the way she sacrifices herself for him in Episode 23. These shippers also tend to downplay the blood relation between the two, sometimes rejecting it all together.

Detractors, however, consider Rei to be too passive and emotionally mute to be able to challenge Shinji when needed. Rei has a complete lack of self-worth as a character that is not entirely human, and thus she may be able to develop a healthy relationship with Shinji, particularly contrasted with Asuka. Asuka's relationship with Shinji also clearly overshadows Rei's as soon as she enters the story in Episode 8, ultimately having a great deal more impact and significance on the story. While there is ample evidence for the mutual attraction between Shinji and Asuka, and even between Shinji and Kaworu, Shinji's feelings towards Rei are far more ambiguous. Though the two develop a friendship, Shinji later claims to be "scared" of Rei after discovering her true nature. The fact that Rei is a clone of Yui, Shinji's mother, also makes pairing the two romantically incest. Given this fact, some shippers like to see Shinji's relationship with Rei as sister-like or mother-like, preferring to pair Shinji romantically with someone else.

Reishin used to be very popular in the early days of the fandom in the late 1990s and early 2000s, but steadily gave way to AsuShin becoming more and more dominant and, more recently after the Rebuilds, is probably in a third place after KawoShin, though it seems to be becoming more popular again. Like those ships, it is featured heavily in official spin-offs, videogames, and manga, as well as doujinshi from those periods. Reishin is a possible pairing in most Evangelion video games such as Shinji Ikari Raising Project and Girlfriend of Steel 2. It is also featured more heavily in spin-off manga such as Angelic Days and Campus Apocalypse, as well as in the manga adaptation of Evangelion. Most of these greatly alter Rei's personality into a far more active one, and changing her into a distant cousin of Shinji (not considered incestuous in Japan) is also common. It is seen by many as the main ship in the Evangelion manga adaptation, though it does not become endgame as the manga author, Sadamoto, says he did not want Shinji to commit to romantic relationships wih Rei or Asuka.

Owing to Rei's own gargantuan popularity in Japan as one of the most iconic anime characters of all time, Reishin was very popular with a large amount of fan and official material catered to it. Rei and Reishin mostly lost popularity on the fandom over time to Asuka [2].

In Evangelion 2.0, Shinji gets very close to a much warmer and more open Rei, and many fans believed the movie was going to make it the canon relationship, with the movie ending's going so far as Shinji taking huge risks to save Rei from death, however in 3.0 she was replaced by another clone and Shinji was left alienated from her again. This saw a huge revival in popularity for Reishin after Evangelion 2.0, only to be replaced by Kawoshin after 3.0, which in turn heavily featured that pairing instead. 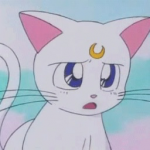 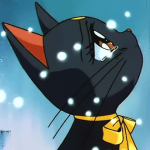