Dating; Both are dead

Ruruyoi is a het ship between Sonosuke Izayoi and Ruruka Andou from the Danganronpa fandom.

Both Sonosuke and Ruruka were a part of Class 76th. They are a romantic couple and close since childhood, which is confirmed by their school profiles. Sonosuke is the type of person who doesn't like to speak or interact with others, with Ruruka being the exception. According to the relationship chart, they have a mutual trust and reliance on each other. He says that he cares about Ruruka more than he cares about himself. When the Incident occurs in the Future Foundation, Sonosuke is seen carrying Ruruka in his arms in multiple scenes; as he wants to protect her, cares about her, and loves her.

Sonosuke is shown to be intimate with Ruruka, such as laying his head on her lap but seems to be seeking Ruruka's candy as a reward, as he happily allows her to drop sweets into his mouth. The two seem to be partners, Sonosuke protecting Ruruka, and receiving her treats as a reward. He has been laying on Ruruka's lap since they were kids and seems like this is a trademark that is rather comedic.

After Ruruka told Sonosuke not to betray her, he swore he wouldn't "by love and delicious sweets". However, when Sonosuke discovers a secret exit, Ruruka appears to be so afraid of a possible betrayal that she kills him by breaking his NG code, betraying him before he can betray her. When they're alone, Ruruka pulls him into a kiss and then puts a sweet in his mouth. Sonosuke tastes the sweet and his NG Code activates the poisoning that Monokuma had explained earlier on. However, when Ruruka pulls away; she describes how she didn't want Sonosuke to betray her. Sonosuke doesn't consider it a betrayal and says that he loves her, giving her one final kiss right before he dies.

It's been described that at least some of Ruruka's candy are as strong as narcotics and give her an ability to control other people. However, while Sonosuke really loves her candy, it seems he is not addicted to them in this manner as he continues to protect and truly loves her while not allowed to eat any candy during the Final Killing Game.

The ship sailed as a result of Ruruka and Sonosuke's canon relationship with each other. It is the most written ship on Archive of Our Own for both characters. It's quite a major base-breaker among the fanbase. The fact that it is one of two of Ruruka's major interactions and the only important one for Sonosuke, even with his conflict with Seiko included, as it's overshadowed by Ruruka's conflict with her, helped to increase its popularity.

The ship still has many shippers. They mostly come from the early episodes of the Future Arc, which showed the two as one of very few canon Danganronpa relationships. Its supporters found it sweet how Sonosuke kept eating Ruruka's sweets, protected her and was so loyal to her that he didn't even mind her betrayal, which they interpret as a sign of true love for Ruruka on his part. They also found it sweet that the two appeared to be dating for so many years.

However, the ship also has plenty of haters. The hate for the ship came with later episodes showing Ruruka's true, very unsympathetic colors. This made a lot of fans believe that Sonosuke deserves someone better. Ruruka's betrayal of Sonosuke caused many to abandon the ship if they already hadn't by this point. Furthermore, the reveal that Ruruka's sweets are so delicious and addictive that they're basically mind-controlling didn't help the ship's reputation either. Plenty of fans interpreted Sonosuke's loyalty to Ruruka since their childhood as a sign that she kept drugging him with her candies and that the reason why he didn't mind her betrayal was because he was too much addicted to her confectionery at this point. 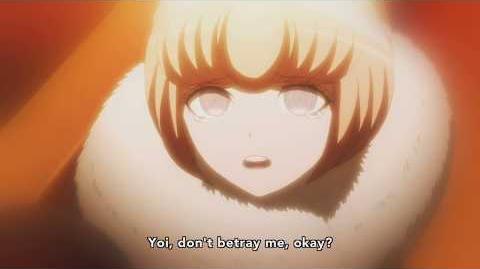 Retrieved from "https://shipping.fandom.com/wiki/Ruruyoi?oldid=177558"
Community content is available under CC-BY-SA unless otherwise noted.