Ryoko is the het ship between Ryota Mitarai and Seiko Kimura from the Danganronpa fandom.

Although they're both leaders of respective Future Foundation's divisions and they both participate in the Final Killing Game, the two have no interactions with each other on-screen. This is because Seiko was expelled during Ryota's first year at Hope's Peak, which he also spent on drawing anime in his room and skipping classes; as well as becasue Ryota joined Kyoko and Tengan while Seiko focused on her conflict with Ruruka and Sonosuke during the Final Killing Game.

Their similarities include both being shy and wanting to help people - Seiko with her medicine and Ryota with his anime inspiring hope.

Although they never interacted in canon and both have their own more popular ships, some fans ship Ryota and Seiko together. The reason for that is their "Medic Girl and Ill Boy" dynamic that they share with Mimiki, their common status as the "cinnamon rolls," as well as both of them wanting to save everyone, Seiko with her medicine and Ryota with his anime.

As a result of being a minor ship, it doesn't have that much fan work related to it. When it does, the fan art or fan fiction usually tends to focus on the two's desire to save everyone or their "Medic Girl and Ill Boy" dynamics. 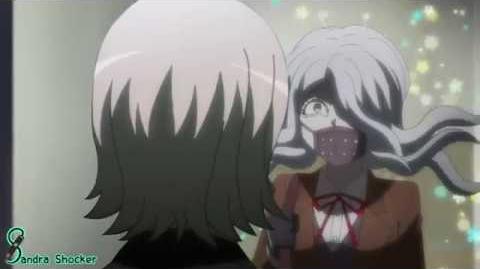 Retrieved from "https://shipping.fandom.com/wiki/Ryoko?oldid=143514"
Community content is available under CC-BY-SA unless otherwise noted.