Saimatsu is the het ship between Shuichi Saihara and Kaede Akamatsu from the Danganronpa fandom.

Shuichi seems to strongly believe in Kaede, reassuring her and telling her that "if it's her, she can do it". Shuichi's presence appears to comfort Kaede, due to his status as a detective, although she admits that he seems unreliable. She attempts to help raise Shuichi's confidence by giving him pep talks.

At first, Shuichi admitted to not completely trusting Kaede when murders occur, which disappoints her, although she does accept this since she believes he can solve the case. However, this changed drastically after they began investigating the school together, as he came to admire her for her determination and put much trust in her. He offered to help Kaede numerous times in Chapter 1, even bowing to Miu Iruma at one point, merely because he saw Kaede doing so. They also shared a rather intimate moment in a classroom, in which Kaede held Shuichi's hand.

Kaede has been shown to care deeply for Shuichi, as shown in the first class trial, when she attempted to steer suspicion away from him after the other students begin to accuse him. This ultimately resulted in Kaede being voted as the culprit, something which devastated Shuichi.

The two shared a tearful and emotional moment, and Kaede was driven to tears while Shuichi angrily asked her why she had murdered Rantaro Amami, although he stopped immediately when he was reminded that Kaede would be executed. When Kaede apologized to their fellow students, her apology seemed to be mainly at Shuichi. It seems that Shuichi forgave Kaede and tried to rescue her in the beginning of her execution. In the beginning of the execution, Shuichi was shown trying to reach Kaede's hand but his attempt failed and she is now remained dead.

Although hurt by Kaede's supposed betrayal, Shuichi still cried over her demise. He imagined her playing the piano after the trial, and was suddenly motivated to keep moving and break out of the school for her. He still thinks of her from time to time, such as in Chapter 3, when Korekiyo Shinguji asks Shuichi if he wants to try speaking to the dead. Shuichi is interested in the idea for a second, thinking that there is only "one girl" that he wants to talk to once again. It's very likely that he was referring to Kaede; however, he quickly disregards the idea because he thinks speaking to the dead is impossible.

Because the two spent so much time together, many other students pointed this out and some more or less jokingly assumed they were dating, with Miu crudely assuming that they're having a sexual relationship. While talking to Ryoma at the courtyard, he points out that he "always" sees Shuichi and Kaede together all the time or one of them is always nearby the other. Angie has noted that Kaede and Shuichi are "pretty buddy-buddy" in chapter one's class trial. Kokichi Oma also cheekily asked Kaede about how far she's gone with Shuichi, but then claims that he simply meant how far they've gone investigating the building. During the investigation of Rantaro's crime scene, he jokes at Kaede and Shuichi for investigating the scene together and points out how awfully chummy the two have gotten. In chapter 3 Maki Harukawa asks Shuichi if he liked Kaede. Shuichi doesn’t reply, but he has flashbacks of Kaede.

During the love hotel fantasy event, Shuichi had the role of Kaede's boyfriend and they celebrated their first anniversary. Kaede seemed upset because he didn't call her by her first name and tried to make him call her 'Kaede' (or "sweetheart" in the English version instead of Kaede) instead of 'Akamatsu-san'. However, after Shuichi tried to call her 'Kaede' ("sweetheart") for the first time, they both find it hard to regain their composure. After that, Kaede confessed to Shuichi, which caused the latter to become too shocked to say anything. Out of the blue, Kaede hugged Shuichi and they fell down on the bed. Shuichi began to panic, but Kaede asked him to hug her even tighter. Kaede admits that she likes hearing Shuichi's heartbeat and that it's her favorite melody and if Shuichi encourages her, she can do anything. Finally, Kaede asks if Shuichi will "do what she wants to do with him right now" and he pulls her closer to him. It's heavily implied that Kaede and Shuichi had sex afterwards.

In the Talent Development Plan, Kaede and Shuichi have several interactions that exhibits their school-life together and the close relationship between the two of them. Kaede volunteers to assist Shuichi's pursuit of Monokuma by gathering students to stop his mischief. In addition to their moments, Kaede gives Shuichi a ticket, inviting him to her piano recital and winsomely misinterprets Shuichi's words for him "wanting to see her" and not her performance. He thanks her for for the invitation and Kaede says she has a lot of songs for Shuichi to hear. In the sports festival, Kaede stops by the table tennis event to cheer for Shuichi only to miss out on his victory, but getting thanked regardless. In her last winter at the academy, Kaede decides to talk to Shuichi to calm her nerves before her concert with Sayaka and expresses worry that fans will dislike her music. Shuichi cheers her up and claims he is nervous too since this is his first pop concert, but is looking forward to it with Maki and Kaito Momota. Though the latter two decide to go home afterwards, Kaede asks Shuichi if they would like to go somewhere with just the two of them, which he agrees to; giving her newfound courage for the concert.

In other character perspectives, Kaito Momota arrives to Kaede's piano recital and mentions Shuichi is on his way to the show, much to Kaede's embarrassment to his statement. During his conversation with Maki about her and Kaede helping at the former's old orphanage, Kaito suggests inviting him and Shuichi to assist them and that bringing Shuichi will get Kaede "all psyched up".

“Shuichi, you better not lose. You can't lose to this killing game! I know you can beat it! I believe in you guys! So please, believe in yourself! ...Okay? It's a promise.”
— Kaede to Shuichi after being she was found guilty

“Kaede...why? Why are you smiling like that...? Why are you still trying to get me to be brave? Why, Kaede!? Why are you thinking about everyone except yourself!? If you had just been less selfless, you wouldn't have had to murder... Why...? Why do you do that?”
— Shuichi afte he realized Kaede tried to smile during her execution

“It sounds like everyone has taken Kaede's final wish to heart. Even if Kaede is no longer with us... Kaede's wish will never vanish!”
— Shuichi and everyone else supporting Kaede’s will

“In the end...I'm just like them. I'm scared of revealing the truth. Because it means that someone has to be sacrificed. But Kaede was scared, too... She didn't let that stop her. She thoughts thing through to the end. I faced the truth, and doubted it, and kept thinking, and kept going... This is where it led me. And I won't turn away from it.”
— Shuichi thinking about Kaede

“My goal is the same as Kaede's. Get out of here, with everyone. And that means... I need to do something”
— Shuichi thinking again about Kaede

The ship has sailed as a result of their plot and many interactions. This being one of the most prominent and tragic interactions of the season also helped fuel the ship even more. The ship is also enjoyed for their role as the initial main duo, as well as their dynamics of a cheerful girl and an insecure boy. 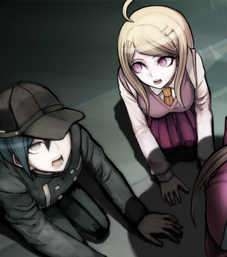 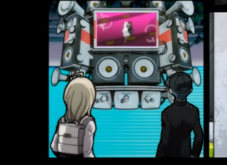 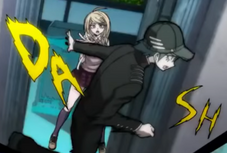 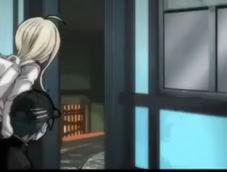 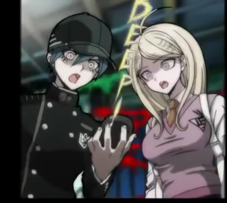 Finding out the culprit 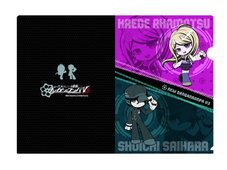 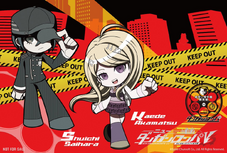 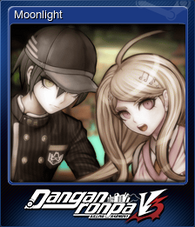 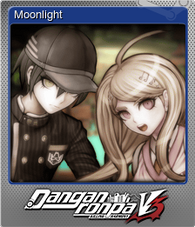 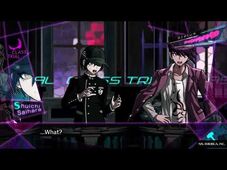 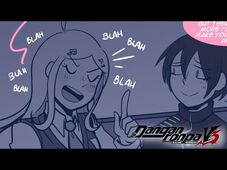 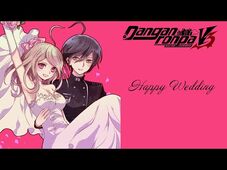