SamSteveBucky is the polyship between Sam Wilson, Steve Rogers, and Bucky Barnes from the Marvel Cinematic Universe fandom.

Bucky wakes up, his arm locked in a machine, with Sam watching him. Sam calls over Steve and the three start to talk. Steve believes that they're talking to Bucky without mind control, but Sam asks if that makes everything automatically okay. Bucky tells them that Zemo was looking for the other Winter Soldiers. Sam asks if they all turned out like him, and Bucky says that they were worse. Sam tells Steve that this would have been easier a week ago, and they don't know if the accords will allow Tony to help.

Fans of the pair typically are multi-shippers who wanted to see them all end up together. 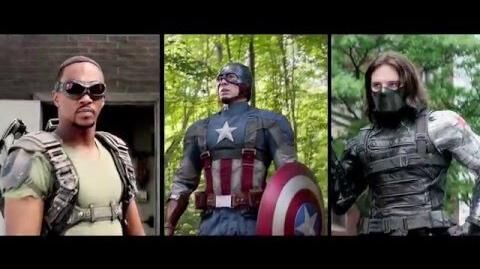