SasuNaru is the slash ship between Naruto Uzumaki and Sasuke Uchiha from the Naruto fandom.

Naruto and Sasuke have known each other since they were young children as both they were born in the same year and attended the ninja academy together. Sasuke was popular and at the top of his class which made Naruto jealous. He was also popular with the girls, including Sakura Haruno, whom Naruto ended up having a crush on. Naruto and Sasuke had a huge rivalry during their years in the academy. At one point, when Naruto was angrily staring into Sasuke's face, another student accidentally pushed him over and the two kissed by accident.

After graduating from the academy, Naruto and Sasuke were placed on the same team under the leadership of Kakashi Hatake along with Sakura. This somewhat inflamed the love triangle that already existed. Naruto was determined to surpass Sasuke and after developing more skill, the latter started to grow jealous. Because of this, he decided to leave the village in order to go train under Orochimaru. Naruto attempted to stop him and the two ended up having a fight. Sasuke admitted that Naruto was his best friend and eventually won the battle. Naruto swore that he would still bring back Sasuke one day.

Over two and half years later, Naruto and Sasuke were reunited again. Sasuke was much more merciless this time and was still able to best Naruto in battle. The rest of the village started to give up on him and Sakura tried to convince Naruto to do the same but he refused to give up. The two later met again during the fourth war and Sasuke decided to protect the village after learning the truth about his brother Itachi. Both fought side by side just like old times.

Naruto and Sasuke later spoke to the sage of six paths and found out that they were the latest reincarnations of Asura and Indra who had a serious conflict. After defeating Kaguya, Sasuke resolved to destroy the Kage and Naruto was forced to fight him once again. Naruto managed to win the battle and finally resolved their issue. Thanks to the influence of the latter, Sasuke's status as an international criminal was cleared. The two would remain good friends and their families also ended up being close.

Naruto is picking himself off the floor in his office when he is suddenly thrown a scroll. Sasuke enters the room and tells him its from Kaguya's palace. Naruto is happy to see him, and opens the scroll, but it's in an unknown language. Although Naruto gets a bad feeling from it. Sasuke explains what happened when he found the palace, Shikumaru automatically believing that the Ōtsutsuki Clan arriving means that another war will happen. Naruto says that they have to be cautious, they can't cause another war like that again.

Sasuke walks over to Naruto and shows him Naruto's old jacket, which confuses him. Sasuke says that he found it outside Naruto's house, and that he met Boruto. He reminds him of Naruto at a young age. Naruto doesn't see it like that, thinking that Boruto is more like Sasuke, but takes it back, realizing how behind the times they are. Sasuke thinks Naruto is wrong, that even when things change, "the soul of a Shinobi remains the same...". Naruto chuckles at Sasuke, but thinks he's one the argument. Sasuke smiles, but disagrees.

Later, Boruto asks Sasuke to take him on as his student. Sasuke agree's, and when they are taking a break from training, Boruto asks Sasuke about Naruto. Sasuke tells him about how all Naruto wanted to do was become Hokage, but that he was also a stubborn loser. Boruto stops him and asks about Naruto's weaknesses, which confuses Sasuke, since Naruto overcame all of his. He tell Boruto to study Naruto of the past, which Boruto doesn't understand.

A few days later, Sasuke and Naruto meet about the deciphering of the scroll, but they haven't made any progress. Sasuke says he'll come back later for an update, and turns to leave, but Naruto stops him for a moment. He knows that Sasuke is training Boruto, Sasuke thinking it's strained that he heard it from Konohamaru and not Boruto himself. Naruto admits that Sasuke might be right about the soul of the Shinobi, and Sasuke agrees. Naruto quickly tells him that Sarada passed the second round of the Chunin exams, which Sasuke knew that she would.

The final round of the Chunin Exams is attacked by the Ōtsutsuki Clan. Sasuke arrives in time to save Sarada, and join Naruto and Boruto after the Clan members are put in paralysis by Shikamaru. Sasuke tells Naruto that these are the same ones he fought and that they're after Kurama. Momoshiki Ōtsutsuki releases a large attack on them, but no one is hurt as Naruto protects everyone. He unleashes another attack, but Sasuke gives Naruto his Chakra to help hold them off. It works for a while but Momoshiki unleashes a large attack. Naruto realizes that they won't stop till they get him, and tells Sasuke to look after Boruto and Sarada. Sasuke knows what Naruto's going to do, and agrees. Naruto then unleashes Kurama to absorb the blow. He passes out and it takes away by the Ōtsutsuki.

Sasuke finds Boruto in Naruto's office and tells him that he's going to rescue Naruto. He can sense Naruto, but can't tell if he's hurt or not. The four other Kage show up and say that they're going to rescue Naruto as well. Sasuke tells them that Kaguya's scrolls reveal where Naruto was taken, and they head out. He stops to ask if Boruto is coming, much to the disagreement of the Kage. Sasuke insists on it since he's Naruto's son. They agree and leave to go save Naruto.

They arrive and cut Naruto free, Sasuke catching him as they fall to the ground. Sasuke holds him till he wakes. He tells Naruto what happened before joining the Kage. After talking to Boruto, Naruto joins in the fight as Momoshiki takes Kinchi's chakra and becomes more powerful. Sasuke and Naruto both move to attack, but are thrown to the side along with the Kage.

Momoshiki is able to find Naruto and is about to take his Chakra, when Sasuke catches up, but is grabbed by Momoshiki. He tosses them into the air and throws them to the ground. They recover quickly, making a quick note of his power, and running at him again. Naruto and Sasuke smile at each other, as Naruto goes into Sage mode, and Sasuke activates his Sharingan. They then work together, battling him, Sasuke putting him into planetary devastation. He quickly gets out, releasing an arm transformed into a beast. Sasuke stops it with his blade, Naruto with Kurama's fist.

Under the Starry Sky

Jugo of the Northern Hideout

The Reason I Can't Lose

“It wasn't meaningless. To me, you have become my closest friend.”
— Sasuke to Naruto[src]

“I'm not letting you get away this time, Sasuke!”
— Naruto; Banquet Invitation

“Why is it that I can never reach Sasuke?”
— Naruto; They Mystery of Tobi

“Sasuke... Why won't you come home to the Leaf Village? Has hatred consumed you completely, Sasuke? Have you really turned into a mere criminal? Now I'm starting to lose sight of who you are.”
— Naruto's thoughts; Painful Decision

“Sasuke, Sasuke, Sasuke! That's all you think about! Going after Sasuke and putting yourself in danger!...I'm saying that it's not necessary to endanger yourself just to chase after Sasuke!”
— Sakura to Naruto; Sakura's Feelings

“It doesn't matter, even if there's no promise between us anymore. I personally want to save Sasuke.”
— Naruto to Sakura; Sakura's Feelings

“Farewell, my one and only friend.”
— Sasuke to Naruto; Sasuke and Naruto

SasuNaru has been very popular from the start of the series and gaining more fans over time. It is currently one of the most popular ships of Naruto. It is also common for people who ship SasuNaru to also support NaruSasu, KibaHina, LeeSaku, and many more. It most commonly rivals the NaruHina, NaruSaku, and SasuSaku ships.

The ship is one of the classic Rival ships. Fans typically tend to ship rivals in all series, however Sasuke and Naruto developing past merely just rivals, meant that the way the ship was interpreted by fans also developed. Instead of trying to beat Sasuke because he was his rival, Naruto's main motivation became bringing Sasuke back after he leaves the village. Fics often explore this aspect and ways in which Naruto would bring back Sasuke. More serious fics often also delve into the heartbreak Naruto feels whenever Sasuke leaves and whether or not Sasuke returns those feelings. 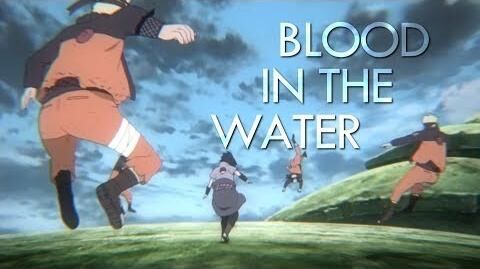 SasuNaruSaku refers to the ship between Sasuke, Naruto, and Sakura Haruno

Retrieved from "https://shipping.fandom.com/wiki/SasuNaru?oldid=335636"
Community content is available under CC-BY-SA unless otherwise noted.