• Birds of a Feather
• Only Friend
• Undying Loyalty

“You two - you belong together.”
— Delphi

Scorbus is the slash ship between Albus Potter and Scorpius Malfoy in the Harry Potter fandom.

Albus and Scorpius first met on the Hogwarts Express before the start of their first year at Hogwarts in 2017. Despite past conflict between their families, Albus decided to sit with Scorpius in his compartment. Which was contrary to the expectations of his cousin Rose Granger-Weasley, although he joked that it was only for Scorpius's sweets. Their friendship was further cemented when they were both sorted into Slytherin. They quickly became best friends, and bonded over their status as misfits.

During their fourth year at Hogwarts, Albus persuaded Scorpius to accompany him on a mission to travel back in time to the 1994-1995 school year and save Cedric Diggory. This journey had many unfortunate consequences, and led Harry to believe that Scorpius was a bad influence on Albus, even though it was Albus's idea. He forced them to stay apart and made McGonagall use the Marauder's Map to ensure that they did not interact at school. This made them both miserable, and they attempted to use time travel to fix things once again. However, this resulted in a reality where Voldemort won the Second Wizarding War and Albus didn't exist, so Scorpius used time travel yet again to restore the timeline and bring Albus back.

After restoring reality, Scorpius was very relieved to see Albus again. Back in the original timeline, they were attacked by Voldemort's secret daughter, who forced Albus to go along with her plans to bring Voldemort back by torturing Scorpius. Albus and Scorpius were sent back in the year 1981. They recruited the help of their parents and worked together to defeat her. After everything was sorted, Scorpius asked out Rose, but she rejected him.

Since the release of Harry Potter and the Cursed Child, Scorbus has become considerably more popular, with many fans believing they should have been paired together in the play. Some people are of the opinion that the Harry Potter series needs more LGBTQ+ representation, and believe that not making Scorbus canon was a missed opportunity. 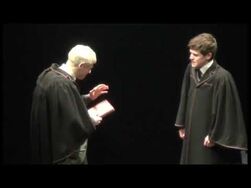 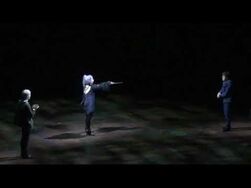