She-Ra and the Princesses of Power

Scorptra is the femslash ship between Scorpia and Catra from the She-Ra and the Princesses of Power fandom.

Scorpia is shown to instantly like Catra by hugging her upon first meeting. The two work together in the Horde to put an end to the rebellion and bring Adora back. Scorpia generally hold Catra in very high regards, believing her to be a smart and capable force captain.

Upon finding out that Scorpia is a Princess, Catra convinces Scorpia to take her as her plus one in "Princess Prom". Catra helps Scorpia pick a dress before attending the event together.

Scorpia's crush on Catra becomes more obvious in season 2. When Catra leaves Scorpia in charge of defending a territory, Scorpia dedicated herself to impress Catra in hopes she'll admit they are best friends, claiming that they're "soulmates bound by the Thread of Fate" and that her wildcat is counting on her.

In the episode "White Out" while Scorpia, Catra and Entrapta are at the northern reach trying to find First One tech, Scorpia struggles to ask Catra to "hangout outside of work." Scorpia is jealous of Adora, due to the fact that she and Catra have a history together, stating she "can’t compete with that". Scorpia ends up striking an unlikely friendship with Sea Hawk as they both lament not being taken more seriously by their friends and love interests. Sea Hawk convinces Scorpia to break the First One tech that has infected Adora against Catra's will in order to save her. Catra thanks Scorpia for saving them. Afterwards they share a blanket while retreating back to the Horde.

Scorpia told Catra while attempting to rescue her from her cell, "Of course I care! You're Catra! You're my friend. You mean everything to me."

In the episode, “Once Upon a Time in the Crimson Waste", Catra is sent to the Crimson Waste to retrive a piece of First Ones tech. Scorpia comes with her, even though Hordak sent Catra out there to clearly die alone. Upon entering a tavern to rest, they discover the Waste is actually habited. The two work together and establish a gang, defeating Tung Lashor, the leader of the second strongest gang in the Crimson Waste. After, Catra says that they make a good team. After Catra and her gang capture Adora, Catra gives a toast to Scorpia. She pulls her aside, says that Hordak will have to take her seriously now. Scorpia suggests they stay in the Waste, because Catra was never happy in the Horde. Catra was tempted to stay in the Waste and rule it together, both of the girls blush, but Catra interrupted it by saying she needs to check on the prisoner.

In the episode, "The Coronation", Scorpia is in Entrapta's room when Catra entered it. Scorpia was feeling unsure of Catra's decision to sent Entrapta to Beast Island and proposed if they could get her back. Catra, at the mere mention of Entrapta's name, squeezed the dog robot on her hand and destroyed it, displaying her annoyance at the mere mention of what she had done. Catra argued with a false claim that Entrapta had betrayed them, in which Scorpia disagree and refuted. When Scorpia said that Entrapta was right, Catra became annoyed and slams Scorpia to the wall while clawing her nails on the wall. Scorpia didn't say anything back and just noded to Catra's claim as Catra left the room.

In the episode, "Fluttterina", after they had imprisoned the people of Elberon, Catra had made a plot to attack the Princess Alliance (She-ra) while leaving Scorpia in the dark. Scorpia felt left out and suggested to Catra that she could help if she knew what the plan was. Catra disregarded her and when Scorpia confess how she felt left out ever since the portal incident, Catra seem irritated then left while telling Scorpia to "get over it". After the battle was over, Scorpia came to Catra to try console her over the defeat. When Scorpia mentioned Entrapta, Catra rebuked and in the heat of the moment, declared that they are not friends. Scorpia was shocked at the declaration. In the episode 'Princess Scorpia', Scorpia was in denial saying that Catra didn't mean what she had said, even confusing the event when they were in Elberon and after the defeat saying, "there was a canon," which is when they were in Elberon. After being ordered to find Entrapta's recordings by Catra, Scorpia went to Entrapta's room and found the picture of Scorpia, Catra and Entrapta. Scorpia reminiscing, had a new vigor to help Catra and not let her down. When Emily revealed that the recordings was inside of it and getting it means dismantling Emily completely, Scorpia decided to hide with Emily. She then brings a fake broken recoding chip back to Catra, then Catra lashed out at her. Scorpia felt wronged and said "You're a bad friend," to Catra and left her to help Entrapta.

In the episode, "Boys' night out," Catra can be seen calling out to Scorpia to meet at the Sea Gate through radio communication on the Force Captain Badge. Catra, alone at the Sea Gate, confided in Scorpia through the Force Captain Badge but there was no reply, only static radio noises. This scene shows how much Catra trusts Scorpia with her closed feelings. Catra realizing that Scorpia was not replying, went back from Salineas to Firght zone. Back at the Fright Zone, Catra came into Scorpia's room in search for her but was instead, greeted with an empty room. On the bed, a note, Scorpia's badge, and her jacket can be found. Catra hold them in her hands and read the note in which she was visibly shocked and dropped everything to the floor. On this scene, we can see Catra's concern for Scorpia's whereabouts as she was willing to go the extra mile to go back from Salineas all the way to Fright zone.

With the absence of Scorpia, Catra has been obsessed with finding her to the point of losing rest and even drove her to point of insanity. At the mere mention of Scorpia, she went mad and at one point broke down crying with the scene showing the destruction she did on her surroundings. Her fall into insanity can be attributed to the fact that Catra cared for Scorpia albeit secretly or unknowingly to even herself.

Scorptra was only a small ship after the first season but gained a bigger following once season 2 made Scorpia's crush more obvious and season 3 expanded on that. Many fanworks center on their appearance at Princess Prom and their interactions in the Crimson Waste. Scorpia's devotion to Catra is sometimes paralleled with Seamista, as Sea Hawk is similarly devoted to Mermista. 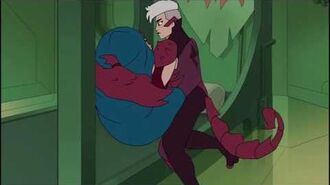 Scorptra (Catra Scorpia) - You Belong With Me (She-Ra AMV) 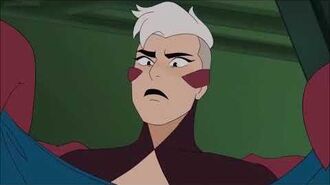 SPOP Scortra AMV - All You Wanted 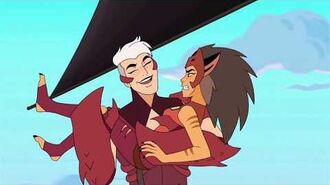 Scorpia Still Into You 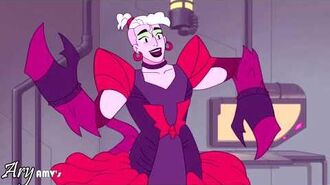 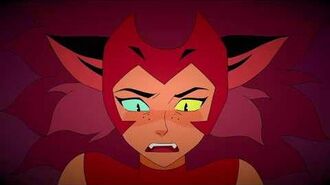 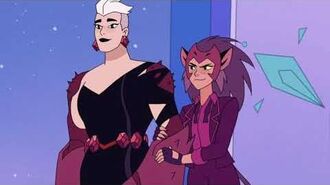