ShigaDeku is the slash ship between Tomura Shigaraki and Izuku Midoriya from the My Hero Academia fandom.

Izuku Midoriya is Tomura Shigaraki's arch-nemesis. Izuku and Tomura mutually despise each other; Tomura despises Izuku for his admiration of All Might (someone he hates) while Izuku is disgusted and hates Tomura's cruel actions. Tomura develops an interest in Izuku after he saves All Might during U.S.J. attack, and sees him in a match during the U.A. Sports Festival.

Later, in the shopping mall, they unintentionally meet again and Tomura pretends to be a bystander before revealing his identity to the shocked boy. Threatening to use his Quirk against him and the surrounding civilians, Tomura questions Izuku about the difference between himself and Stain. After hearing Izuku's thoughts on the matter, Tomura realizes his goal and thanks Izuku for helping him see that All Might needs to be eliminated.

During the Paranormal Liberation War, Deku goes into battle with Tomura when he learns that he intends to come after his Quirk. While originally attempting to avoid him, he engages him along with Katsuki and the other heroes in an attempt to protect Eraser Head. As the fight goes on, Deku's hatred for Tomura continues to grow, and it only worsens when he sees the villain impale Gran Torino in the chest. After seeing this, Deku screams and grabs Tomura, declaring that he will never forgive the villain.

However, after Tomura's attempt to steal One For All, Izuku witnesses him being usurped by and trying to fight back control against All For One, who eventually succeeds in taking command of his main body. Despite all the terrible, unforgivable things he's done, Izuku still thinks back to Tomura's troubled face and recognizes him as someone who needed saving.

When conversing with the One For All vestiges, they all understand Izuku's hesitation, having sensed his emotions when he first noticed Tomura suffering. Regardless, Nana states that Tomura is likely beyond saving and urges him to find the resolve to kill him if necessary. In response, Izuku reflects on how he felt Tomura's emotions while inside the mental world, and he was able to see a little boy crying inside. Izuku notes that while Tomura did kill many people and hurt many friends, One For All was meant to save people, and ultimately, while he does consider the possibility that he will have to kill Tomura, Izuku still voices his desire to try and save Tomura first.

ShigaDeku is a rare-pair, as most of the My Hero Academia fandom doesn't like the ship because of their age-gap and prefer them as friends or as brothers. Some villain!deku stans seem to like the ship, often making Izuku older. But there are people who like ShigaDeku as a slash ship, even with their age-gap. However, ShigaDeku is overshadowed by many Izuku and Shigaraki ships. Izuku's more popular ships being, BakuDeku, IzuOcha, and TodoDeku, while ShigaDabi is Shigaraki's most popular ship. 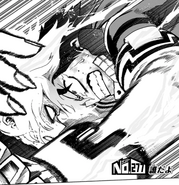 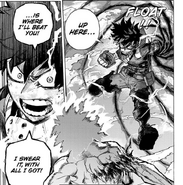 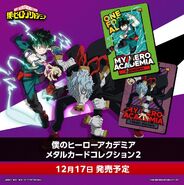