Shinsai is the slash ship between Shuichi Saihara and Korekiyo Shinguji from the Danganronpa fandom.

Shuichi and Kaede first meet Korekiyo in Chapter 1 as they go to look at the school's front door. The two are trying to decide whether or not it's dangerous to open it and Korekiyo interrupts them, saying he has already examined the doors and that they shouldn't worry. He gives a simple introduction afterwards, asking to be referred to as "Kiyo" instead. Upon seeing Kaede's confusion about his talent, he provides a basic explanation about anthropology.

After the events of Chapter 1, Shuichi continues to think of Korekiyo as creepy but gains more trust in him. On Korekiyo's end, he considers Shuichi a good friend. Korekiyo also offers to help Shuichi connect with Kaede's spirit, to which Shuichi declines, saying that the only thing he had to say to the fallen was that he and the others managed to survive and escape. During Korekiyo's Free Time events, he gives Shuichi a lesson on anthropology each session spent together. The more time you spend with Korekiyo, the more routine this becomes, picking up where they left off every time. On the last Free Time event, the two promise to travel the world together so that Korekiyo may show Shuichi the beauty of humanity.

Once Korekiyo is executed for killing Tenko and Angie, Shuichi has mixed feelings. On one hand, Korekiyo is a friend and someone he trusted, but he also didn't believe that Korekiyo would stop killing for his sister if they were to survive.

In Korekiyo's Love Suite event, Korekiyo agrees to spend a night with Shuichi. In his fantasy, his ideal partner has come onto and expressed interest in him, as well as requesting to partake in BDSM. This confuses and frightens Shuichi, but he's intrigued nonetheless. Korekiyo asks if Shuichi is afraid, offering the option to run away, though he claims that it'll only be scary at first. On that note, Shuichi heads for the door, only to be grabbed and pushed onto the bed by Korekiyo. When Shuichi confronts him about his offer, Korekiyo tells him that he never said he wouldn't try to stop him. He says he'll open the door to a world of pleasure, one that Shuichi has never experienced before. While this fills Shuichi with unease, he finds himself to relax and give in eventually. It is heavily implied that Korekiyo got what he wanted in the end. Once Shuichi wakes up in his own bed the next morning, he wonders if it was just a dream, though he says he still feels quite sore.

During Korekiyo's Love Across the Universe event, Korekiyo tells Shuichi that he wants to travel the world with him. He also says that he wants to introduce Shuichi to his sister, despite originally not wanting his sister to befriend any males. Shuichi is confused as to why Korekiyo calls his sister his lover, saying that all the answers will be revealed, but Shuichi has trust in Korekiyo regardless.

This ship is a product of Korekiyo's Love Suite and Free Time events, as well as his Love Across the Universe event. However, as a result of Chapter 3 revealing Korekiyo as one of the most unsympathetic characters in the franchise, this ship is among the least popular shipping choices for the protagonist, Shuichi, who's shipped with the entire cast and some characters from the previous games. Nonetheless, it remains a popular shipping choice for Korekiyo. 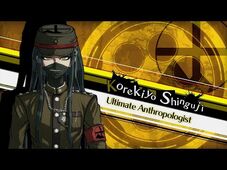 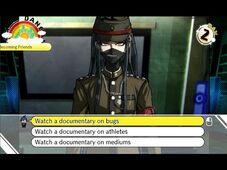 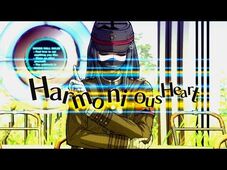 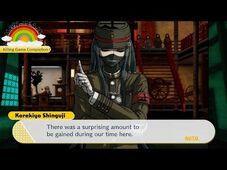 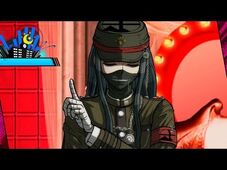 Amashinsai refers to the ship between the two and Rantaro Amami