“You know, flirting was a lot less destructive back in my day.”
— Ozpin, regarding Qrow and Winter's squabbles

Snowbird is the het ship between Qrow Branwen and Winter Schnee from the RWBY fandom.

Qrow and Winter both make their first appearances in the show in Volume 3. Qrow's dislike of Atlas, Winter's birthplace, is brazen enough for him to immediately get into a brawl with Winter upon encountering her and personal enough for him to back down at the last second just for the chance to humiliate Winter in front of her superior, James Ironwood. He also shows a level of cockiness when he baits Winter into attacking him. Winter, although lady-like and dignified, loses her restraint when provoked by Qrow. While in battle, they did not have any malicious intent towards each other but rather, is shown to be more of on how the two tend to tease each other. Upon closer inspection, the two seem to be enjoying themselves as they can be seen smirking throughout the altercation. It is also worth noting that Qrow and Winter are close enough to be on first name basis.

Winter only makes a short appearance in Volume 3, and exits from the story after the fourth episode, Lessons Learned, after tutoring Weiss in her summoning. Both Qrow and Winter were framed as role models for their respective relatives; Qrow being a role model for his niece Ruby Rose and Winter being a role model for her younger sister Weiss Schnee. The episode shows the audience the parallels between Qrow and Winter as respective role models for their younger relatives, advising them about why they (Ruby and co.) should keep training to be stronger. Both Ruby and Weiss idolize their older family members to an extent and try to mimic them in appearance and behavior.

As Volume 7 is the season that reunites the two within their four years of separation throughout the series, it is revealed that Qrow doesn't necessarily disrespect Winter and is actually quite terrified of her when necessary.

In the episode "A New Approach", Winter quickly addresses Qrow regarding how he chaperones the kids to which he replies that they are uncontrollable once they have their minds set on something. This scene parallels the skit from the Chibi episode "Monsters of Rock" wherein the two are portrayed as the group's parental figures.

It is revealed in "Sparks", that the only reason why Qrow wanted Ironwood to dismiss Winter was because he did not want her getting involved with The Inner Circle's dangerous mission albeit not knowing that Winter was already in the know regarding The Maidens and was Ironwood's personal candidate to be the next Winter Maiden.

As of the end of Volume 7, Team RWBY and co. have decided to leave Qrow and Winter behind in Atlas since the former is under arrest while the latter was heavily injured during her battle with Cinder Fall.

In RWBY Chibi, the non-canon comedic spin-off of RWBY, Qrow and Winter have a lot of moments together. In Season 3, Episode 3 - Mortal Frenemies, Qrow amuses himself at the expense of Winter over petty squabbles. Professor Ozpin reminds her that the two are on the same side, so Winter proposes a truce, which does not last long. As they continue to fight, Ozpin remarks that "flirting was a lot less destructive" back in his day.

In "Battle of the Bands", Qrow and Winter are seen sitting next to each other as judges of the contest alongside Professor Port and Doctor Oobleck. Even though Winter could have sat away from Qrow (if she truly despised him), she still chose to sit beside him, lightly nodding her head to the beat of the music.

In "Monsters of Rock", Qrow and Winter take the kids to the local escape room facility wherein Winter took charge of looking after Qrow's nieces, whereas Qrow took charge of taking care of the boys. This shows the characters present in the skit as a married couple taking their kids out for fun. Winter also expresses her concern for Qrow after Yang breaks the wall of the room they were in. 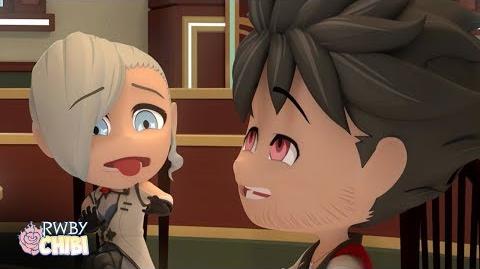 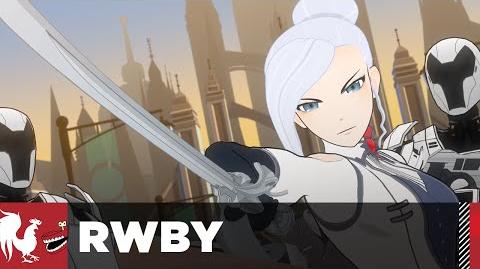 RWBY Volume 3, Chapter 3 It's Brawl in the Family Rooster Teeth 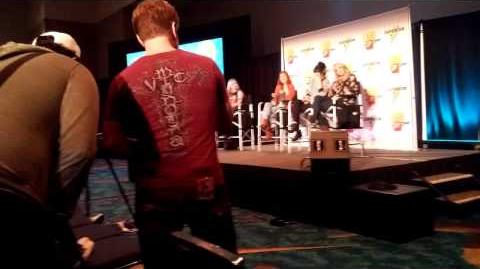 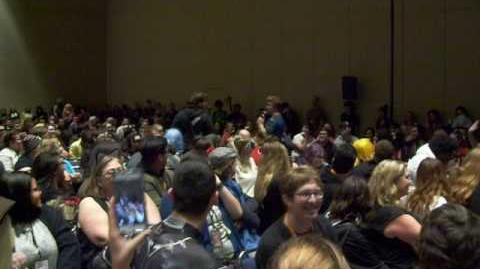 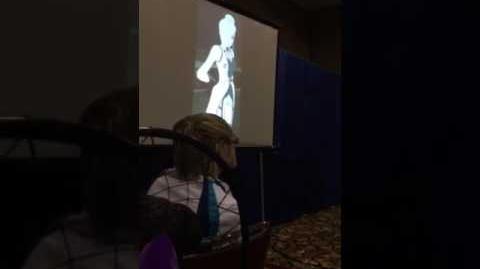 Retrieved from "https://shipping.fandom.com/wiki/Snowbird?oldid=177879"
Community content is available under CC-BY-SA unless otherwise noted.