Sondam is the het ship between Sonia Nevermind and Gundham Tanaka from the Danganronpa fandom.

Their interactions started early in the game. Sonia had called Gundham's hamsters "Cute." Which resulted in him blushing while thanking her. Gundham viewed her as a fool before their friendship truly blossomed.

Around the time they were riding the roller coaster in chapter four, Gundham and Sonia were chatting about how Sonia had never been to an amusement park. Gundham said he would offer Sonia's blood as an entrance fee, assuming that she was a virgin. However, Sonia commented that her blood would not be able to be used as the entrance fee. (Although in the game it is referencing virgin blood, as in a sacrifice. Hencing that she has sacrificed blood for a ritual prior to this event.)

Gundham refers to her as "she-cat" or "Dark queen," and he refers to everyone else as Kisama (a polite version to say 'you', or alternatively suggests contempt) in the Japanese version.

When exploring the funhouse, Kazuichi Soda immediately tried to explore with Sonia, but she had already left to explore with Gundham. This event happened again when they split up for the second time.

After exploring the funhouse together they had found a toy ship part, due to that Gundham went on to tell a story relating to his childhood, in which everyone was disappointed and uninterested since they had expected something of more importance than a toy, but Sonia had been the only one to be genuinely interested even stating later that she was glad she got to know more about Gundham that day.

Sonia was the only one to successfully make Gundham visually blush, and Sonia sees Gundham as 'cool' or 'amazing', which could be implying that they are romantically interested in each other. During one nonstop debate, they were finishing each other's sentences, much to Kazuichi's annoyance. Throughout the fourth trial, Sonia continued to make Gundham blush, and begged for him to refute the evidence against him. She also begged for Monokuma to not execute him, although he was able to convince her to stop, saying it was "unbecoming of someone of your status." After Gundham's execution, the hamsters began living under Sonia's care.

In the beginning of Chapter 5, Sonia states that the main reason of her not being able to give up is because she's sure Gundham is watching over her and doesn't wish to disappoint him, though she also says that even though she thinks that, she's sure he would forgive her with a smile on his face, which shows how close their relationship was.

In the Danganronpa 3 anime, the two became close friends as a result of their weird interests when Chisa left to teach the reserve course for 6 months, they even greeted her in sync together with a chant.

After Gundham woke up from the Neo world program, Sonia is seen talking to Gundham and admiring his hamsters once again.

In the official Danganronpa relationship charts, under Gundham's summary it says that the only one of the cast to understand him was Sonia, and they both say positive things about each other in their respective relationship charts.

In the Ultimate Talent Development Plan, in their friendship event, Sonia asks Gundham if he would like to accompany her to the school building, Gundham accepted it. Sonia then says that she enjoys their time together, Gundham tells her that he will lend his power to her again, seemingly asking her to accompany him again, Sonia then accepts this. They then promised to walk to school together again.

In Sonia's Seasonal Event, in the Winter, when the player has the option to choose "I will go fetch those not here yet!", Sonia fetches Gundham and tells him let them have fun today as Christmas is a fun event. Sonia then enjoyed to the fullest the last Christmas she'll spend with her friends.

The ship sailed as a result of their canon interactions, and Sonia being able to make Gundham blush. Sonia trying to stop Gundham from getting executed further fueled the ship. Some of Sondam shippers believe that Gundham is watching over Sonia.

Regardless of the divide, the ship is among the most well-received ships in the fandom. It's one of the primary shipping choices for both characters included. It is Sonia's most written ship on AO3 and Gundham's second. It's also acknowledged by the creators, as in many of the official photos, they are shown next to each other.

Sonia and Gundham chanting in sync

Sonia and Gundham chanting in sync 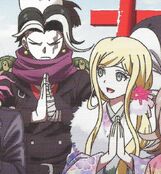 Sonia and Gundham praying together 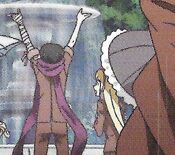 Sonia and Gundham interacting in the background

Sonia and Gundham interacting in the background

Sonia and Gundham in Halloween outfits with matching poses 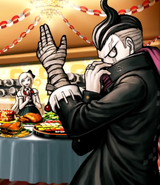 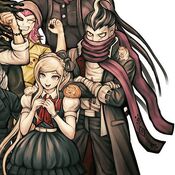 Sonia with Gundham's hamsters on her shoulders

Sonia and Gundham for the Danganronpa 10th Anniversary art

Sonia and Gundham on the Danganronpa 3 Anime DVD 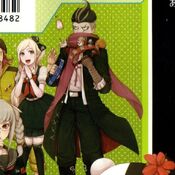 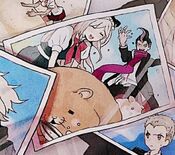 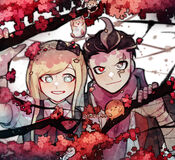