Soniakane is the femslash ship between Sonia Nevermind and Akane Owari from the Danganronpa fandom.

Although both are fellow survivors, they don't interact often. In Chapter 2, Sonia invites Akane, as well as the remaining girls, to a girl-only beach party. In Chapter 4, on their way to the fun house Sonia and Akane sit next to each other as they ride the train. In Chapter 5 of Super Danganronpa 2, Akane cheers Sonia saying things like "Sonia, you go girl," when Sonia was answering questions in the class trial. Akane continues to cheer on Sonia as she participates in the class trial whilst Sonia is oblivious. Both have survived till the end of the trial and are survivors of the Killing School Trip.

Most of their interactions are instead in the Ultimate Talent Development Plan. One of those interactions is when you choose to play the basketball game with an offensive strategy. Akane is one of the two people, besides Peko, that Sonia considers to be the perfect people to carry out her plan. Akane becomes upset when Sonia does what she considers to be bossing her around. Though, she soon comes to her senses and gets overly excited about the game, asking who she needs to beat up.

In the other event, Akane notices that Sonia didn't eat anything and asks if she can eat it for Sonia. Sonia allows her to do so and before she did she said "Simply watching you eat with the intensity of a lion fills my heart with pride!" In the event Sonia watches Akane happily as she eats.

This ship is considered as a rarepair, being overshadowed by other more popular ships for the two, such as Sondam or Sounia for Sonia or Akanidai for Akane. However it still has it's fair share of supporters. It mostly got it's popularity because they're survivors of the Mutual Killing Game.

Some fans mostly just assumed what their interactions would be like if they interacted more. Some people love the dynamic between these two girls; the polite and nice person (Sonia) and the rebel and really active one (Akane), the two even having backstories which are completely opposite as Sonia being a princess and growing up rich whilst Akane grew up in poverty and was poor, Sonia is also interested in darker themes whilst Akane has a massive fear of ghosts. They are considered a good example for the Opposites Attract trope. 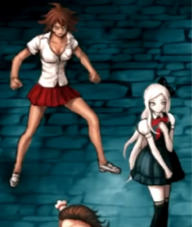 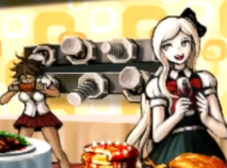 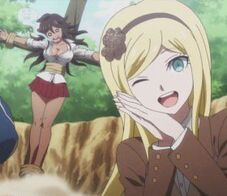 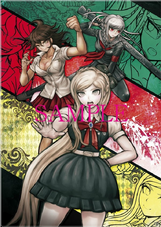 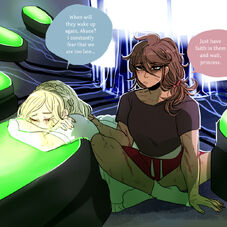 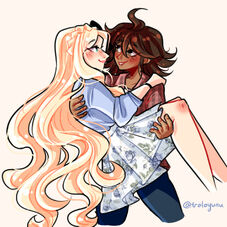 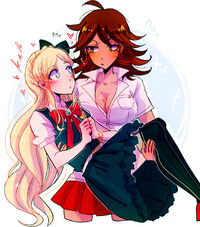 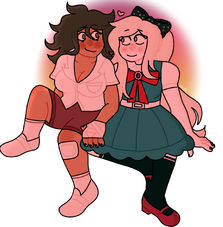 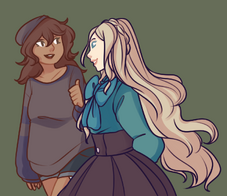 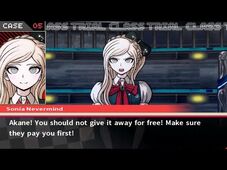 Sonia Tells Akane To Stop Giving It Up For Free, Make Them Pay For It!

Sonpekowari refers to the ship between the two and Peko Pekoyama.