One-sided Rivalry on Soda's side; Frenemies

Soudam is the slash ship between Gundham Tanaka and Kazuichi Soda from the Danganronpa fandom.

Soda has a One-sided rivalry with Gundham over Sonia, they end arguing in Chapter 3's class trial, throwing childish insults and threatening on killing each other.

However, they also share some more friendly interactions. In Chapter 2 of Danganronpa 2, when Gundham overhears that Kazuichi is planning to go to the girls' beach party with Hajime Hinata, he wants to join, although he's rejected. After that decision, he acts in a quite tsundere way, saying he prefers loneliness anyway.

In Danganronpa 3 - Despair Arc, the two of them seemingly have become friends as Kazuichi often attempts to play with Gundham's hamsters and he believed that the Ultimate Breeder is a man who can get things done when he needs to.

They also have two events in Danganronpa V3's bonus mode, Ultimate Talent Development Plan, one of which they share with Sonia. In one of them, Kazuichi convinces Gundham to join the class's New Year's Eve party (and Hajime's birthday). In the second, the two meet during the school festival. Both visit Sonia's shop. Like in Despair Arc, Kazuichi is terrified to see Gundham and Sonia talk perfectly in sync with each other.

“Don't go doubting Miss Sonia, you cretin! I'll put you and your hamsters six feet under!”
— Kazuichi to Gundham, defending Sonia's argument in Chapter 3 of Danganronpa 2.

“Aw! Your precious hammies don't know? But it's so simple! All righty then... I'll be the one who solves this mystery in a flash! Please watch me, Miss Sonia!”
— Kazuichi trying to show off to Sonia when Gundham doesn't know the answer during the Class Trial of Chapter 4.

“Tanaka's a man who can get stuff done when he needs to.”
— Kazuichi to Sonia about Gundham in the subbed version of episode 9 of Despair Arc.

The ship has sailed from the fact that the two were the love rivals in a love triangle with Sonia. Some fans prefer them together instead of them with Sonia respectively.

They appear on a lot of promo pictures together, although there's often at least one more male character (or Sonia) present as well.

It is the most written ship for both characters on Archive of Our Own. 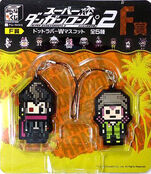 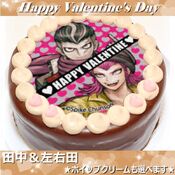 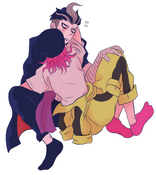 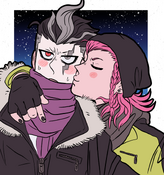