View source
Woah! That's one small ship!
• THIS ARTICLE IS A STUB. YOU CAN HELP SpideyTorch SHIPPERS EVERYWHERE BY EXPANDING IT •

SpideyTorch is the slash ship between Peter Parker and Johnny Storm from the Marvel fandom.

Initially as opposed to anything romantic or even platonic, Spider-Man and The Human Torch's relationship started as that of rivals. Despite that rivalry the Hollywood star once showed up to give a talk at Peter's school, a speech that managed to touch the brunette in a way Johnny hadn't quite yet been able to. The speech was a toast to never giving up and easily wove into the already establishing philosophy of Spider-Man.

Eventually, Peter and Johnny began to have regular meetings atop the Statue of Liberty, confiding in one another when they need a helping hand. Johnny has a pressing fear of losing the people he loves and Peter - being very well accustomed to losing people at this point - is an understanding ear for him to vent to. It took some time for the pair to reach this closeness level, however, as for a long time the pair seem to argue and bicker more often than not.

The pair have grown over time to be quite close friends, at a time living together as roommates and Johnny even having slept naked in Peter's bed before.

“Oh, sure! Break our movie date, and then leave me to babysit your sister! Jerk!”
— Johnny; Peter Parker: The Spectacular Spider-Man (2017) #2

A lot of the initial draw to the ship was in the dichotomy of the character types - Peter being a selfless nerd while Johnny was much more of a hothead. Their main rival ship is Spideypool, though the two fandoms seem to get along quite well. Shippers base most of their works on comics, but do occasionally transfer their dynamic to the MCU and other adaptations. 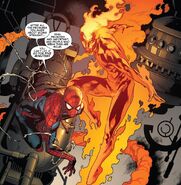 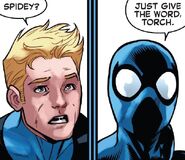 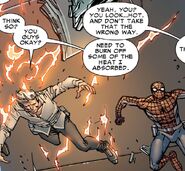 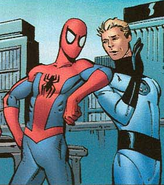 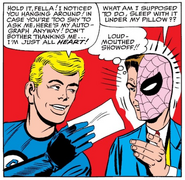 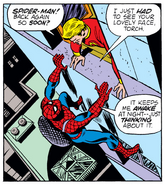 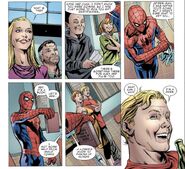