Stable Queen is the het ship between Daniel Colter and Regina Mills from the Once Upon A Time fandom.

In her final act of revenge against Snow she unleashes the Dark Curse. sending all the members of the Enchanted Forest to Storybrooke, with their memories gone. Unhappy, Regina adopted a child and named him Henry Daniel Mills, after her father and Daniel.

After the first curse was broken, Dr. Whale used a heart to revive Daniel, but he was violent. Regina and Daniel had a brief reunion, but Daniel was not truly himself and the revival caused him great pain so he urged Regina to let him go. Regina reluctantly agreed and turned him into dust.

When Regina visited the Underworld, she learned Daniel had moved on. She was happy to know that he had been able to.

Seeing Regina before becoming the Evil Queen made many believe that she deserved a happy ending no matter what, even if it wasn't with Daniel. Both the episodes featuring Daniel gave the fans "all the feels". On AO3, Stable Queen is the most written ship for Daniel. 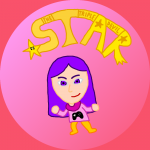 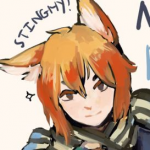