StephCass is the femslash ship between Stephanie Brown and Cassandra Cain from the DC Comics and Young Justice fandoms.

Stephanie and Cassandra have a unique friendship. Cassandra, being illiterate, needed Stephanie's help to read a ransom note. After seeing Batgirl's incredible techniques, Spoiler asked her to train her. This provided Cassandra with a friend, something she had never had before. When Cassandra fought Lady Shiva to near-death, Spoiler rescued a hostage held by a worshiper of Shiva who demanded to see Batgirl. Stephanie and Cassandra were later playing rooftop "tag" when they found a group of hostages, and after risking her life, Casandra knocked Stephanie out. Stephanie knew that Cassandra thought that she was incompetent, like Batman did, and left angrily with a broken friendship that would not be repaired until days before Stephanie's "death" by the Black Mask.

StephCass is a pretty common pairing in the DC Comics fandom. Typically among Batfamily fans, and is one of the most well known fanon wlw pairings in comics. Many who are fans of the ship started shipping them due to their close friendship and seeing the two grow and change with their relationships. People also like their opposing aesthetics. Cass being dressed all in black, while Steph is dress in a brighter purple. It also extends to their techniques in being superheroes, as Cass is seen as scarier than Steph.

Fans of the ship had a "drought" post New 52. As both Cass and Steph were pushed to more background characters, and weren't used very often by Batfamily writers. As a result many newer readers were unaware of their relationship, and would have to go back to the previous continuity to find moments between the two. Many were excited with the Batgirls comic announcement, as it meant that not only would the two have more interactions, but that the two would be having more appearances.

This is cited as one of the "Big Fanon Batfamily" ships. Typically shipped alongside, or as a background pairing of Superbat, TimKon, BirdFlash, JayRoy and DamiJon. It is funny to note that this is the only big ship of the Batfamily to not contain another member of a different superhero family. 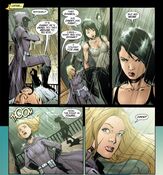 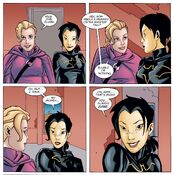 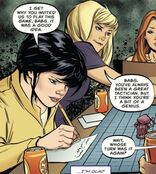 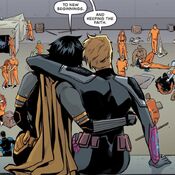 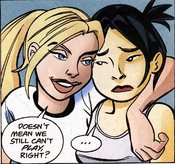 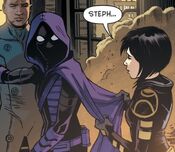 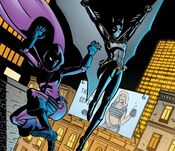 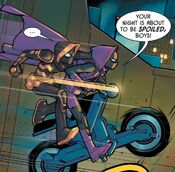 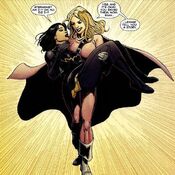