The dynamic between Tony Stark and Steve Rogers differs in the different Marvel universes. In general, they have had a close friendship, and in one notable universe (Earth-3490), they were married as well.

Tony Stark—in the form of Iron Man—along with the original team of Avengers, found Captain America frozen in a block of ice. Over the years, Captain America befriended Iron Man as well Tony Stark when Tony was hiding his superhero identity for many years.

Earth-616 is the main universe that Marvel comics reside in. In this timeline, Steve and Tony are best friends.

Tony was reluctant to call Steve for help finding Vision. He pulled out the burner phone that Steve had sent him, but before he could call, Cull Obsidian and Ebony Maw arrived. During the fight, Doctor Strange was abducted because he held one of the stones that Thanos was looking for. Tony and Peter raced to save him. They were able to kill Ebony Maw, but at the cost of being in space.

Later, when Steve and his friends arrive at the Avengers Base, they discussed where Tony and Peter went. Steve mentioned that Earth had just lost her best defender, in reference to Tony. Tony, Peter, Doctor Strange, and a small team of Guardians fought Thanos in his home world while Steve gathered an army on Earth to fight Thanos's army from taking the last stone from Vision.

Due to the strength of Thanos, as well as the fact that the separation of the Avengers made the team weak, they were unable to stop Thanos from collecting the last two stones and wiping out half the entire universe in an event called "The Snap." Devastated, Steve and the remains of his team tried to seek vengeance against Thanos who had disappeared after the Snap, while Tony and Nebula, the last Guardian who lived post-Snap, struggled to return home.

Steve was the first one to greet Tony and Nebula upon their return from space, but the conflict and feelings that they had during the events of 2016 remained. Soon after Tony and Nebula returned, they found Thanos who was living in a shack. A small team of Avengers travelled to him in hopes of obtaining the stones again. Unfortunately, Thanos had destroyed the stones, and Thor killed him.

For five years, Tony and Steve had gone their separate ways. Steve remained in the Avengers Compound, trying to find a solution to bring back the people who they had lost, while Tony married Pepper Potts and raised their child Morgan. There was a breakthrough when Scott Lang returned from the quantum realm, and Steve reached out to Tony to create a time machine that would allow them to get a new set of stones that would bring back the wiped universe. Initially, Tony was reluctant to do so because he believed that it would erase his time with Pepper and Morgan. However, after Bruce mentioned that the original timeline would not be altered, but rather draw from alternate timelines, Tony built a time machine that would retrieve stones from other timelines.

Steve, Tony, Scott, and Bruce were tasked to retrieve the Tesseract during their trip, but during the initial trip, they were unable obtain it. Steve and Tony traveled back further by themselves to get the Tesseract, which they did so successfully.

When they retrieved all the stones, Tony and Bruce built a gauntlet that would hold the power of the stones. Due to the fact that Bruce was the most resistant to the effects of the stone's powers, was chosen to wield the gauntlet and reverse the effects that Thanos did. However, an alternate version of Thanos had captured the original timeline's Nebula and used the time machine to return to the present and destroy everything.

Steve, Tony, and Thor confronts Thanos but were easily outmatched; however, the reversal of the process allowed the Avengers to match Thanos's army. In the final moments, Thanos obtained the stones again to destroy the entire universe this time. However, Tony was able to steal the Stones and disintegrate Thanos and his army, losing his life in the process.

During Tony's memorial, Steve was one of the closest people to send him off. 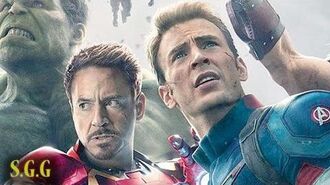 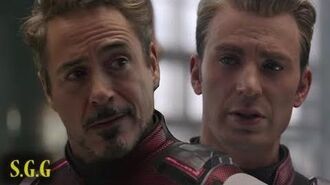 Retrieved from "https://shipping.fandom.com/wiki/Stony?oldid=208883"
Community content is available under CC-BY-SA unless otherwise noted.