Taang is the het ship between Aang and Toph from the Avatar: The Last Airbender fandom.

Aang first had a vision of Toph when he was lost in the swamp. While others had visions, Aang was the only one who did not know the person in his vision. He later learned that she was someone that he was destined to meet in the future. Since Aang was looking for an earthbending teacher, he assumed that the girl he saw was his future earthbending teacher.

Aang eventually went to Gaoling in order to find an earthbending teacher and went to watch the Earth Rumble tournament. He eventually saw Toph fighting as the Blind Bandit and immediately recognized him as the one from his vision. Aang followed Toph and tried to convince her to train him but she refused and did not care that he is the avatar. Toph revealed that her parents were over-protective of her and eventually ran away to join Aang after her parents were going to be even more strict of her. She considered Aang to be her first friend.

Toph first had trouble fitting in with the group but the problem was mainly with Katara. However, after she pointed out the fact that Appa shedding was allowing the Fire Nation to track them down, Aang yelled at her and she temporarily left the group. Later, when Toph first tried to teach Aang earthbending, he had difficulty learning it because it was his natural opposite. Toph was impatient with Aang but eventually taught him to stand up for himself and face his problems directly.

Aang and the rest of Team Avatar later went to a library while Toph stayed outside with Appa. The library eventually started to sink so Toph had to hold it in place. Sandbenders eventually arrived to capture Appa and Toph could not protect him because she was preventing the library from sinking. Aang yelled at Toph and accused her of not liking Appa until Katara defended her. Once the group got to Ba Sing Se, Aang tried to learn proper manners in order to sneak into a royal party but Toph told Aang that he would be lucky to pass as a bus boy.

Toph joined Aang while he and the rest of Team Avatar were traveling through the Fire Nation. They pulled scams together in one town and had fun but tried to avoid letting Katara find out. Toph also continued to train Aang in earthbending. She also helped Aang practice for the final battle with Ozai. She was impressed when Aang took away his bending and told him that he has the best adventures whenever he disappears.

Aang and Toph remained good friends throughout the years. Toph usually defended Aang and Katara whenever Sokka complained about having "oogies" from seeing them together. Their relationship was temporarily strained when Aang attempted to revive the Avatar Yangchen festival and found a factory on sacred land but they eventually worked things out. After Toph became the chief of police in Republic City, Aang helped her capture the criminal Yakone. Aang eventually passed away and Toph would later help his next life Korra when they met.

Taang is a ship in the Avatar fandom. It is commonly shipped along with Zutara because it solves the problem of Aang getting a love interest, and fits with the "opposites attract" trope. Many fans cite the fact that Aang had a vision of her in the swamp where most saw visions of loved ones and the fact that they are opposite elements which reflects Zutara. Some fans speculated that Toph may have been the reincarnation of Ummi who was the love of Aang's past life Kuruk. Many felt that Ummi losing her face would explain why she was born blind in a future life. Taang commonly rivals the Kataang and Tokka ships. 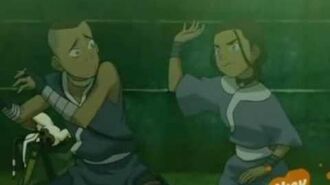 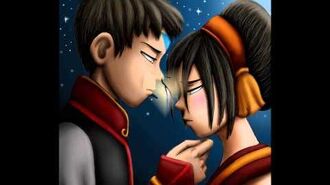 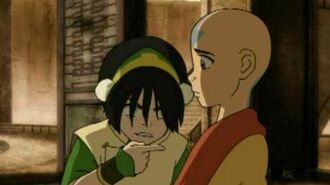 Aang and Toph - Keep Holding On 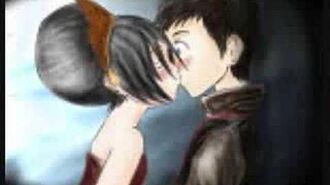 Retrieved from "https://shipping.fandom.com/wiki/Taang?oldid=246418"
Community content is available under CC-BY-SA unless otherwise noted.