Good Friends/Classmates/Feelings on Tenko’s side; Tenko is dead

Tenmiko is the femslash ship between Tenko Chabashira and Himiko Yumeno from the Danganronpa fandom.

Tenko is shown to be very interested in Himiko since the first chapter. She constantly tries to get Himiko's attention and spend time with her, sometimes quite obviously trying to flirt with her, like telling her she can rest her head on her lap or offering to give her a massage. She describes Himiko as "small and cute", and occasionally even drools whenever she seems to think about something suggestive concerning Himiko.

Himiko tends to get overwhelmed by this and is often annoyed by Tenko, telling her to stop and wishing to be left alone. Despite this, Tenko persistently admires Himiko and promises to always be on her side whenever, and wherever. Notably, she is the only other student who seems to genuinely believe in Himiko's magic and just like her she keeps insisting that she is a real mage instead of a magician. Tenko also often attempts to convince Himiko to take up Neo Aikido, but she always declines, claiming to be too lazy.

Tenko is very protective of Himiko and was usually the one to save her from incidents, like when she was attacked by bugs. In Chapter 2, she also tried to convince Himiko not to perform her dangerous trick. During the second trial, when Angie Yonaga turned against Himiko, Tenko protected her from all the suspicion towards her, saying that she will believe in Himiko no matter what and doesn't think she is a person capable of taking the others' lives. Thanks to this act, Himiko began to warm up to Tenko a little bit, as she later joins Tenko in her activities in the dojo. Tenko throws her, which allows her to read Himiko's emotions and give her advice. Though, Himiko gets angry due to being thrown and threatens to turn Tenko into an ugly frog.

During the bonus event in Chapter 3, when the girls are in the pool's locker room and Himiko is very self-conscious about her small chest, Tenko gives her a big self-esteem boost by stating that beauty matters more than size and assures her that she is well-shaped.

Tenko later becomes jealous and worried when Himiko decides to follow Angie's footsteps in worshipping her "handsome" God. She asks Himiko if she's into handsome types and why she doesn't go for Tenko instead. Himiko then asks Tenko if she swings that way, slightly shocking Tenko who then turns embarrassed and nervously tries to explain it's not like that. In Chapter 3, Tenko even joined the Student Council led by Angie only so she could be close with Himiko and protect her. However, they get into an argument after Tenko outrightly tries to ask Himiko to leave the council, with Tenko even telling her she isn't a real mage for being so easily persuaded by Angie. Himiko refuses as she uses the council to cope with the killing game situation, though it also causes her to shut in her feelings. However, the argument notably affects Himiko, and Tenko, in turn, feels very guilty for yelling at Himiko and decides to apologize.

During the beginning of a seance, Tenko fulfilled her role as a protector for Himiko, as she was the one who told Himiko to stay back and voluntarily made herself as the medium, ultimately saving Himiko's life due to Korekiyo's trap and ending her own in Chapter 3. Just before her death, she gave Himiko advice about being open about her emotions, and the two made up with Himiko seemingly developing a much more positive view of Tenko than before. When Tenko is murdered, Himiko has a breakdown and she tries to act according to Tenko's example in the future, causing her to develop as a person. Her development is also helped by Kokichi's harsh words during the trial, as he calls her out for her hypocritical behavior, as she didn't show any care towards Tenko before her death. Himiko feels guilty because of this, wishing she could have thanked Tenko and overall be nicer towards her.

During her second Free Time Event with Kaede, Tenko is directly confirmed to have romantic feelings for Himiko and attraction towards magic-users and idols in general, apparently having a tendency to dream about them. She shyly explains she doesn't feel guilty about it or anything but asks Kaede not to tell Himiko about it. However, Kaede fails to understand what she even means by being attracted to Himiko.

During the bonus mode Love Across the Universe, when Shuichi talks to Tenko in order to spend time with her, she repeatedly mutters Himiko's name while blushing and wonders why she is so cute. She then calls her perfect and her ideal girl, and she and Shuichi then spend time talking about how cute Himiko is. Tenko has also referred to Himiko as her soulmate and said that they will be like an "old married couple" after getting past their argument.

The ship sailed as a result of Tenko's canonical feelings/attraction to Himiko and the friendship between the two. Tenko being the person Himiko missed the most further fueled the ship.

However, the ship received mixed feedback. Some fans compare it to Togafuka and Sounia, claiming it's an unhealthy obsession on Tenko's part which takes a vast majority of her screentime. Others find the ship to be cute, especially later in the story when Tenko's last words motivate Himiko not to hide her feelings and trigger her character development.

On Archive Of Our Own the ship has over 800 fanfictions, it's the 10th most written ship in the Danganronpa tag. 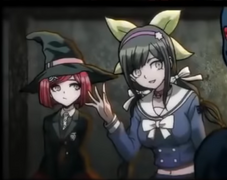 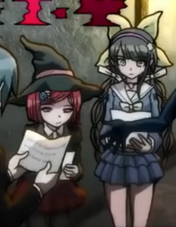 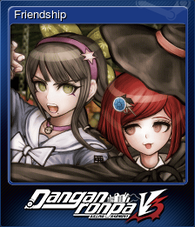 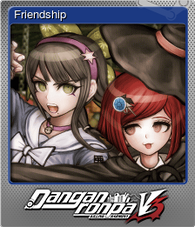 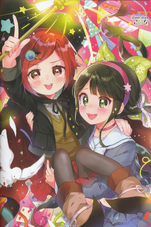 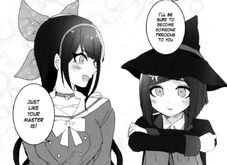 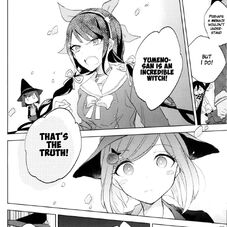 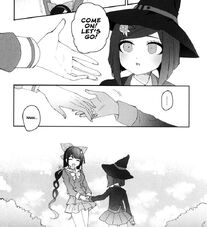 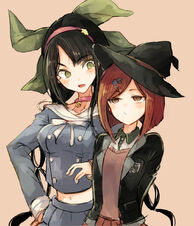 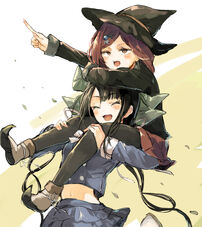 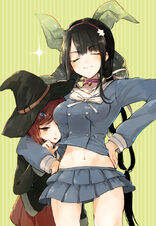 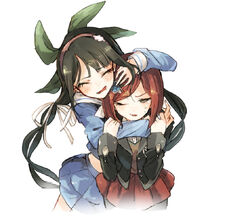 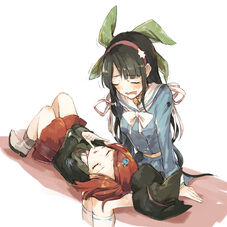 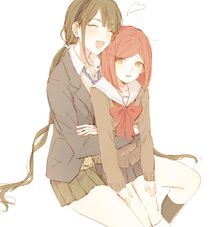 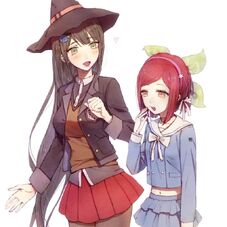 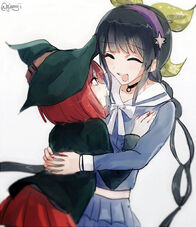 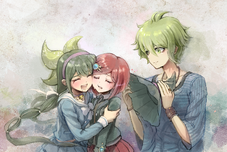 Art by You Kojima 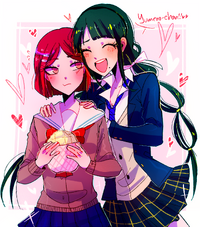 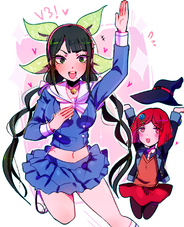 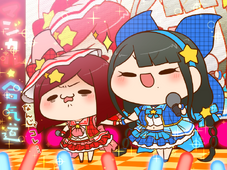 DRV3, but it's only has Tenko saying the words degenerate, male and Himiko
Tenko saying Himiko (0:08-0:25) 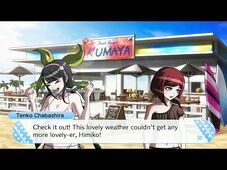 ❤ What Makes You Special ❤ - Tenmiko Animatic by shiyokarai
Fan Animatic