Stand with me. It's all I've ever wanted.
—The Twelfth Doctor to Missy[1]

Thoschei is the non-binary ship between the Doctor and the Master from the Doctor Who fandom.

On Gallifrey, the Doctor and the Master were friends. The Doctor with the nickname Theta Sigma, and the Master going by Koschei Oakdown. Both were considered not typical Gallifreyans and as a result, both decided to leave Gallifrey. Originally, they had planned to leave together to see the universe, but as Koschei and Theta grew further and further apart, The Doctor ended up abandoning the Master on Gallifrey, leaving them and instead taking his granddaughter, Susan. The Master eventually followed, but with it, the impact of that betrayal.

The Doctor's Exile on Earth

After being caught by the Time Lords, the Second Doctor was exiled to Earth and force regenerated into the Third Doctor. There, he teamed up with the organization UNIT.

The Master would end up causing havoc on Earth multiple times, although the Doctor would usually stop him. One account claims that it was the doing of the Time Lords to keep the Doctor busy. He was eventually imprisoned by UNIT, although he would escape during an incident with the Sea Devils.

After the end of the Doctor's exile, the Master and the Doctor would encounter each other often, often with one or the other on different regenerations.

The Doctor was a major player in the Time War, under the War Doctor incarnation. The Master, on the other hand, reportedly ran away, although other accounts suggest he played a larger role. In the end, he would hide in the far future, as Professor Yana.

During a period where it was believed that the Doctor and the Master were the only two Time Lords in existence, the Master would encounter the Tenth Doctor in his Yana disguise. He would eventually reveal himself and steal the Doctor's TARDIS, setting himself up in Britain as, "Harold Saxon". The Master would soon be elected as Prime Minister, and would fight the Doctor once again. He seemed to enjoy this particular encounter, teasing that the Doctor was asking him out on a date. He was apparently killed after the world was reset a year.

But, he would later be resurrected and took part in events related to the final sanction. There, he would learn that the drumming in his head was engineered by the Time Lords. The Doctor and the Master would briefly fight together, in which the Master was apparently sent back to Gallifrey's destruction.

Missy and the Twelfth Doctor

However, it would later turn out that Gallifrey was not destroyed after all, with the Tenth, Eleventh, and War Doctors teaming up to save it. As a result, the Master survived, and would eventually leave Gallifrey. He ended up on a ship stuck near a black hole. There, he would meet his future self, a woman called Missy, alongside an army of Cybermen and the Twelfth Doctor, with his companion Bill. Eventually, he was betrayed by Missy and regenerated into her. He did not remember much of the incident.

She later set up a trap in 2014 Earth for the Twelfth Doctor in an earlier part of his timeline, using the Cybermen once again. However, she would end up kissing the Doctor (albeit under disguise), and later offered the army of Cybermen to him, claiming it was his birthday. Missy wanted to become friends with him again, although she was eventually shot by the Brigadier in Cyberman form. However, was revealed to have teleported away at the last second and survived.

When she and the Twelfth Doctor next met, they worked together to stop Davros and the Daleks on Skaro. At the very end, Missy attempted to get the Doctor to kill his companion at the time (Clara Oswald), and once again tried to make him to see how they aren't so different. This failed, and the Doctor was furious, telling her to "run." She responded with, "It wasn't me who ran, Doctor. That was always you."

After nearly being executed, she lived in the vault on Earth and would attempt to redeem herself. Eventually, she got to travel with the Doctor. However, she would once again end up on the ship. There, she was shot with her earlier self's laser screwdriver after mentioning it was time to stand with the Doctor. He claimed she would not be able to regenerate. The last appearance she has made on screen to date was in a flashback, amongst a montage of all former companions in the 2005 reboot.

Despite this, the Master survived, now once again in a male body. He would return to Gallifrey, but there, he discovered a terrible truth: The entire society was built on the DNA code of the Timeless Child. The child was the Doctor. Angered by the idea that he had some of the Doctor in him, he destroyed Gallifrey.

Later, he disguised himself as a former MI6 spy, "O", and would team up with a man called Daniel Barton to help the Kassavin invade Earth. He would encounter the Thirteenth Doctor, now a woman, there. He was defeated and sent to the Kassavin dimension.

This did not stop him from apparently escaping. He ended up on Gallifrey once again, where he soon encountered the Doctor again, revealing the truth of the Timeless Child and attempting to amass an army of Cybermen, using the corpses of the dead Time Lords. The Doctor, with the help of Ko Sharmus, was able to stop him.

The Doctor – “You're a genius. You're stone cold brilliant, you are, I swear, you really are. But you could be so much more. You could be beautiful. With a mind like that, we could travel the stars. It would be my honour. Because you don't need to own the universe, just see it. Have the privilege of seeing the whole of time and space. That's ownership enough.”
The Master – “Would it stop then? The noise in my head.”
The Doctor – “I can help.”
The Master – “I don't know what I'd be without that noise.”
The Doctor – “I wonder what I'd be without you.”
The Master – “Yeah”
— The End of Time: Part Two[2]

“She's the only person that I've ever met who's even remotely like me.”
— The Twelfth Doctor about Missy[3]

Fans have often shipped the pair due to their long friendship. Writers for the show have played with this idea often, occasionally having the characters flirt. Most of the fandom ships the more modern Masters and Doctors, although pockets of the fandom still stan the classic incarnations.

The End of Time 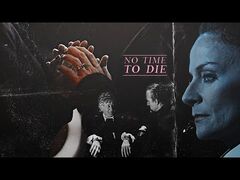 The Doctor & The Master - No Time To Die. 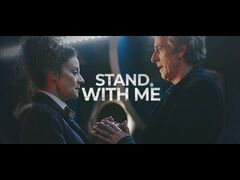 Doctor and Master - STAND WITH ME 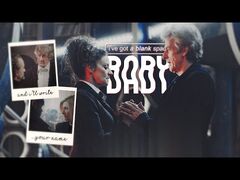 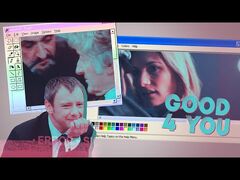 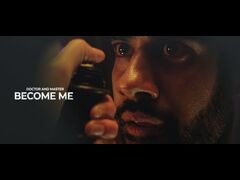 Doctor and Master - BECOME ME