TodoChako is the het ship between Shoto Todoroki and Ochako Uraraka from My Hero Academia fandom.

While these two haven't had many interactions in the show, the times they have been together have made this ship semi-popular. The two have very contrasting personalities. Todoroki is more introverted while Uraraka is more social. One thing they have in common is that they express their true feelings quite minimally, Uraraka smiling through nearly everything while Todoroki usually frowns.

Both had comparatively difficult childhoods. Uraraka has grown up in a poor household with a strong and healthy bond with her parents, while Todoroki has always been rich, but has grown up in an abusive household. They also seem to have rather different fathers. Ochako's father has always been supportive, loving, caring, and selfless towards Ochako's dreams, and wishing for her happiness. Shoto's father has been very violent and selfish, not caring about the wishes of his wife or son.

Todoroki and Uraraka are both good friends with Iida and Midoriya, the latter befriending them first in different times and places, with Uraraka meeting both Iida and Midoriya in the Entrace Exam which took place inside U.A and with Todoroki meeting Midoriya in the Sports Festival which one took place in the Sports Festival Stadium, and then later he would be friends with Iida after spending time with Midoriya.

Todoroki used his fire to help Uraraka, and it took him until Uraraka told him something for him to smile (which is something he rarely does). Later, when Todoroki told Uraraka to handle an unconscious person, he most likely took into account that her Quirk would make it easy.

Todoroki had taken the time to guard Uraraka.

In 2018, Shoto Todoroki and Ochako Uraraka officially won Best boy and Best girl on the Crunchyroll anime award show. This made a lot of fans ship this adorable pair even more.

The creator of the Todochako/Shouchako ship was by made the tumblr user called "Frozen-Gravity" in 2016, and after that the ship shown great progress.

Official reports have shown that Shoto Todoroki and Ochako Uraraka are both born under the Zodiac Sign, Capricorn. 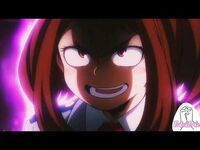 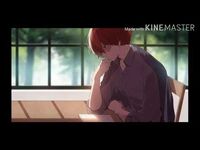