TodoIiDeku is the poly ship between Shoto Todoroki, Tenya Iida and Izuku Midoriya from the My Hero Academia fandom.

The three bonded after The Hero Killer Arc, where Shoto, Izuku and Tenya had to fight with Stain.

In their first meeting, Tenya labeled Izuku's muttering about heroes as a distraction and thought he would be a hindrance to the school which earned Izuku bad attention from his peers. However, in the entrance tests, Izuku surprised Tenya by selflessly going back to save Ochaco and using his Quirk to destroy a giant robot in the process.

When they met again in class, Izuku first thought that Tenya was scary and that they wouldn't get along, but was surprised as the latter apologized for his previous treatment to him and even considered Izuku better than him in many ways after the entrance course, much to Izuku's shock. Izuku got to know Tenya better, where he found out that while the latter was serious he was also kind and they ended up becoming friends. Izuku and Tenya are usually friendly with each other. However, sometimes their friendship slightly falters such as when Izuku criticized Tenya for seeking revenge against Stain and Tenya punching Izuku in the face for acting recklessly by attempting to save Katsuki. Tenya has often compared Izuku to his brother, for whom he has great admiration for.

Shoto originally saw Izuku as his arch-rival, due to him having connections with All Might (a person with whom his father has a major rivalry with). Izuku, on the other hand, has always held great respect for Shoto, admitting that he is far stronger than him. Shoto confronts Izuku at the U.A. Sports Festival, asking if he is All Might's secret love child, but the latter denies this as Shoto decides to reveal his family history. After hearing Shoto's tragic backstory and seeing his sadness, Izuku starts to show sympathy for the pain he went through and resolves to help him overcome his dark past by getting him to use his power, telling Shoto that the power is his own and not his father‘s. Although Izuku loses to Shoto while trying to help him, Izuku's actions do have an impact as Shoto starts reacquainting himself with parts of his past he had forgotten and stops rejecting his power. Shoto also recognizes that Izuku knowingly insisted on helping him, despite knowing it would lead to Shoto's victory.

Shoto even comes to his aid when Izuku and Tenya are attacked by Stain, telling his father he was going to "help a friend" when he received Izuku's location. They work well together, going on to defeat the infamous hero killer. After the battle, Izuku and Shoto are on friendly terms with each other, with Izuku even laughing at Shoto's expense when he was worried that he was cursed to always hurt people's hands. They are good friends thereafter — Shoto, who was previously shown to have little interactions with his classmates, starts to hang around with Izuku and his friends more frequently, even joining their lunch table. Throughout the series, Izuku has had subtle parallels with Shoto's mother, Rei Todoroki. From giving Shoto eerily similar glances, Rei during her mental breakdown, and Izuku during his match with Shoto, to Shoto being openly vulnerable around both of them. Shoto has a deep love for his mother, and a deep friendship with Izuku as he was the one who inspired him to reach out to others.

Shoto appears to be on good terms with Tenya, respecting Tenya for his incredible speed after their battle in the U.A. Sports Festival; Tenya appears to also respect Shoto for having the behavior of a true Hero.

They are first seen interacting with each other when Shoto chose Tenya to join his team in the Cavalry Battle. After the Sports Festival, Shoto becomes increasingly worried about Tenya's mental health when he heard about Tensei Iida's injuries from Stain. Shoto understood Tenya's hatred for Stain fully well as he too knows the feeling of hating someone and thus could relate to him, deciding to help Tenya overcome his bitterness such as encouraging Tenya to become the man he wants to be. After the battle against the Hero Killer, they are often seen together along with Izuku Midoriya, meaning they view each other as friends.

Their relationship has been improved over time. During the Joint Training, before their match against the Class 1-B team, Tenya was the only one of their team who realized that something was bothering Shoto, which surprised his teammates, who wondered how he knew that Shoto had something on his mind, considering Shoto's expression rarely changes.

After their match against the Class 1-B team ended in a draw, both students try to support each other and motivated to try harder.

TodoIiDeku is rather a rarepair, most people prefer to ship only TodoDeku and make Tenya as a supportive friend. As TodoIida isn't that popular of a ship, people normally ship TodoIiDeku because of TodoDeku and IidaDeku. There is plenty of fan art of the three and it typically shows them hanging out. There is also a decent amount of fan fiction. On AO3, the ship currently has 420+ romantic works and 70+ gen works.

“I'm a novice. I can't measure up to their standards! Be that as it may... I have to stand up! Never again! Never again will they... or my brother... leave me behind in the dust!”
— Tenya to himself, in regards to Izuku, Shoto, and Tensei 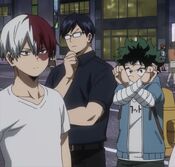 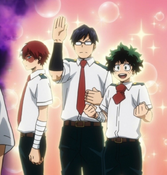 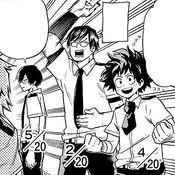 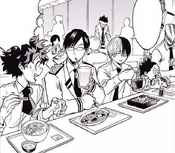 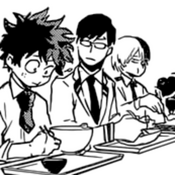 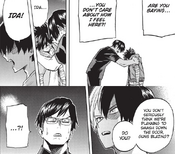 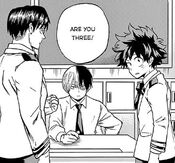 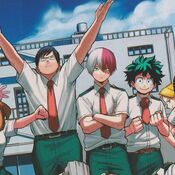 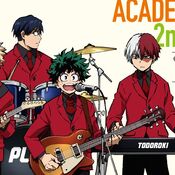 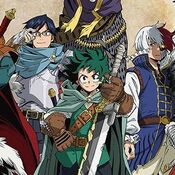 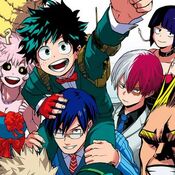 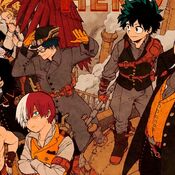 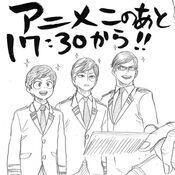 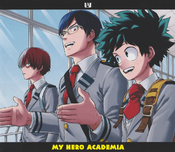 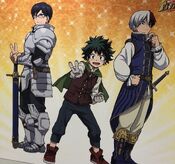 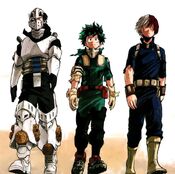 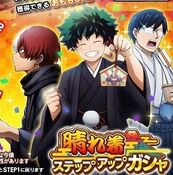 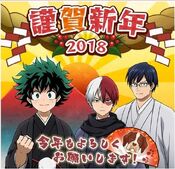