Enemies; One-sided crush on Toga's side

TogaDeku is the het ship between Himiko Toga and Izuku Midoriya from the My Hero Academia fandom.

Himiko is madly in love with Izuku as she finds him incredibly attractive, due to his tendency to bleed and bruise, while Izuku freaks out upon seeing her. Izuku's appearance constantly matches the types of boys Himiko likes, "ragged boys who stank of blood."

Himiko and Izuku meet after she attacked Tsuyu and Ochako. Immediately after seeing him, Himiko develops feelings for Izuku, due to him being seriously injured while Mezo Shoji was carrying him during the Vanguard Action Squad attack. Himiko immediately jumps on him to attack him, but Shoji quickly stops her and saves Izuku. When the Vanguard Action Squad regroups, Himiko tells Dabi and Twice that she fell in love with a boy (referring to Izuku).

Himiko's crush on Izuku grows stronger, bordering on an obsessive level. This was evident when she entered the Pro Hero license exam disguised as Camie. She went off on her own to face Izuku one on one. She pins him on the ground by pulling his arm behind his back and half-lying on him to the point where her breasts are on his back. She asks him why he wants to be a hero. Himiko asks if it is for honor, pride or someone else. When more students appear, Himiko disappears and returns disguised as Ochako Uraraka and Izuku saves her from falling when she is attacked, holding her in his arms until leaving her in a safe place. Izuku discovers that she was not Ochaco, and prepares to face her, before Himiko's transformation from Ochako falls apart and Izuku is shocked to see her naked. While Izuku is surprised, Himiko jumps up to attack him, but Hanta Sero stops her.

From the moment she saw him to the end of their fight during their interaction, and even during the examination, Himiko's main interest was solely in Izuku. All of Himiko's interaction with him during the exam was based on his own interest and the evidence is that neither Atsuhiro Sako nor Shigaraki Tomura knew of his motives or whereabouts for a couple of days. After the licensing exam, Izuku (not even knowing that it was actually Himiko) wishes to meet Camie again to talk to her about her stealth techniques, but was disappointed when he discovered that she had already left.

When they met again in Internship Arc, she seems to be overly glad that Izuku remembered her name and expressed desire to see him bruised and bloodied up again. Izuku dodged Himiko's attacks and after she escaped from the Heroes, he discovered that Himiko was probably the same girl he had clashed with during the licensing exam, confirming suspicions that the League of Villains infiltrated a school other than U.A. and leading to greater interaction between Shiketsu and U.A. High. When Himiko leaves with Twice, she confesses that she still wants to see Izuku (looking bloody). After Overhaul's arrest, Himiko talks to Mr. Compress and comments that she couldn't take her eyes off Izuku when she fought Overhaul.

An unknown narrator talks about how, even after his several encounters with Himiko, Izuku never imagined that she actually liked him, because despite everything that’s happened, he’s still a “damned nerd”. Izuku freaks out asking what she’s talking about, leading Himiko to confess she’s felt this way ever since they first met, since he was so beaten up and looked exactly like her first crush, her face twisting saying she wants to suck his blood and become him. Izuku stammers asking if being a couple means doing stuff like going on dates and holding hands, while Himiko states that being a couple to her means being one and the same.

As another shockwave from the Nomu occurs, Himiko asks Izuku what he wants to do with her, the same question she asked Ochako during the War. When Himiko once again hides her presence to come in for an attack, Izuku says that he too wanted to become like All Might, and that he understands her, and how fulfilling it feels. However, he proceeds to say he could never share the same heart and mind as him or think about hurting the ones he love. Hearing this causes Himiko to think back to the words of her parents, Curious, and Ochako, and her face twists once again.

She says that Izuku and Ochako are both the same, just like her parents, stating that they think only Heroes and those they protect count as real people, which is why they’re destined to be apart. Himiko runs at them with her knives and whips, with Izuku dodging while Ochako grabs ahold of her. She says she’s been thinking hard about her even since that day, while Himiko claims she hasn’t been on her mind anymore, and that she’s through thinking of the both of them; if the world rejected her, she’s entitled to do the same. Ochako’s distracted by some of her whips coming from behind, causing Himiko to stab her in the back, declaring she’s sad since they both felt the same way about the same boy.

Izuku grabs onto Himiko with Blackwhip, who is further pushed away by Tsuyu. Ochako says she only got a grazed cut, but adds they need to get the knife back, since her blood is on it. Tsuyu continues that due to being so unpredictable, sending her to Okuto Island would’ve been the right call, even though the plan backfired. She then tells Izuku to leave now as it’s not the place to talk about romance, and to rely on Ochako, who has the most experience dealing with her. Ochako tells him to deal with Tomura, recalling their conversation from earlier, while Himiko prepares to get up saying that it’s so hard to live as her full of love. Ochako yells at Izuku to run as he speeds away.

Izuku blasts his way across the ocean, on Okuto Island, Ochako and Tsuyu note that Izuku’s gone, with the latter thinking about how she couldn't stand the thought of her friend's secret being revealed like that. Himiko tells the girls she’s had enough and that she’s ready to be who she wants to be, while caressing her pouch thinking about Jin. Himiko declares she has no need for Heroes, while Ochako declares she will also live the way that's right for her.

Himiko gets up and declares that even though she loved Izuku, Ochako and Tsuyu, she had enough

TogaDeku has a decent following due to the ships of hero/villain ships being considered rather toxic and abusive. It is also frequently overshadowed by more prevalent Izuku ships such as IzuOcha or TodoDeku. It is mostly written in “Villain Izuku AU’s” rather than canon, as many don’t wish to see Izuku turn to the “dark side”. Although Himiko shows no interest in side the Heroes camp, some fans like to think that Himiko could redeem herself due to the fact that in the Paranormal Liberation War, a more sentimental side was seen in Himiko after Twice's passing.

With the flashbacks of Himiko's past revealed in chapter 225, a popular theory was created for both manga readers and TogaDeku fans due to it being revealed that Himiko fell in love with a boy strangely similar to Izuku in high school, suggesting that both Izuku and Himiko met in the past. Although the theory was somewhat forgotten by its inconsistencies (such as Izuku did not recognize Himiko in the camp or that the boy had a confirmed name), it is possible that Himiko's quick infatuation with Izuku, apart from seeing him bleed when he met him, is due to his resemblance to the boy from his past. 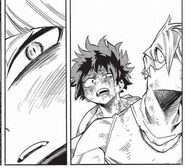 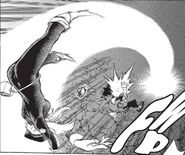 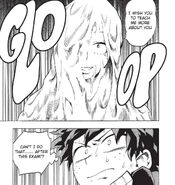 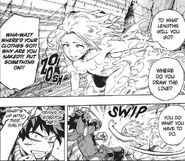 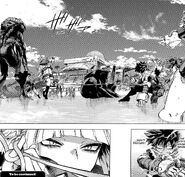 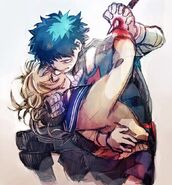 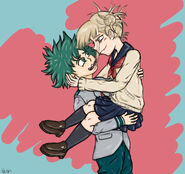 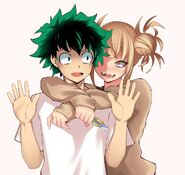 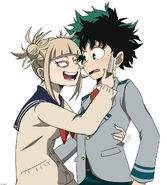 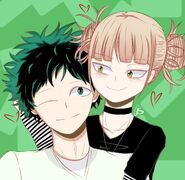 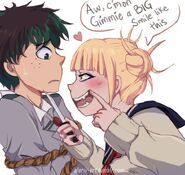 Villain Deku And Toga Go On A Date (Special)

Togadeku every time we touch (amv)