Best Friends; One-sided crush on Jin's side; Jin is dead

“If Heroes are supposed to save people... then was Jin not considered a person?”
— Himiko about Twice in Chapter 287

TogaWice is the het ship between Himiko Toga and Jin Bubaigawara from the My Hero Academia fandom.

Himiko and Jin get along very well and are shown to care for one another. Jin has romantic feelings for Himiko, but she doesn't reciprocate.

Himiko and Jin became closer during the Shie Hassaikai Arc in which the two temporarily worked as yakuza for Kai Chisaki. During this arc, the headquarters of the Shie Hassaikai was invaded by heroes, who Jin and Himiko were promptly ordered to defeat. Jin retreats from the battle after his mask is torn by one of them the heroes, causing him to have a panic attack. Himiko wraps a cloth around the exposed part of his face, an act of kindness which results in Jin calling her his soulmate. He later asks her to kiss him, but she ignores his request.

During the Meta Liberation Army Arc, Jin is deeply upset when he finds Himiko gravely injured in a shed after her fight with Curious. In tears, Jin tells Himiko how much he means to her and how the league gave him a place to belong. Due to seeing Himiko's dying corpse, Jin breaks out of his trauma and creates an army of doubles of himself in order to protect him and Himiko. Jin creates a double of Himiko in order to transfuse blood to save her after this Jin takes Himiko somewhere safe after the war between the League of Villains and Meta Liberation Army begins to get much worse. A week later Jin is seen to be mourning the death of Himiko's double but Himiko tells him to stop it as she finds it creepy since she's alive.

Before Jin is killed by Hawks he creates one of his clone copies of himself and sends it to Himiko, so he could warn her about Hawks. After the Jin copy saves her from another hero he gives Himiko a clone copy of the small scarf she had given him, as he uses it to wipe her face with. While expressing the feelings he has for her and the league in his final moment. As the real Jin slowly dies so does his clone while Himiko holds him in her arms until his body disintegratory melts. Devastated by Jin's death and that he was killed by a hero, Himiko goes on a killing rampage.

Later on, Himiko brings Jin up again, asking that if he was not considered a person in the eyes of the heroes, and wonders if they plan to kill her too. She then departs to find Ochako Uraraka to inquire about this.

On Chapter 349, Himiko tells Izuku, Ochako and Tsuyu that she's ready to be who she wanna be and all she want is to live the way that feels right for her. And she continues to herself; "Right, Jin?"

Because of their age gap, TogaWice is often portrayed as a friendship rather than a romantic pairing. The ship is quite controversial due to Himiko being a minor while Jin is an adult, and many fans are uncomfortable shipping them romantically. TogaWice is also rivaled by TwiceHawks and overshadowed by more popular ships like Togaraka and TogaDeku.

“I'm ready to be who she wanna be. All I want is to live the way that feels right for me. Right, Jin?”
— Himiko to Izuku, Ochako and Tsuyu thinking about Jin 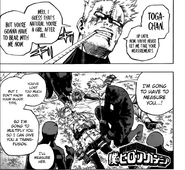 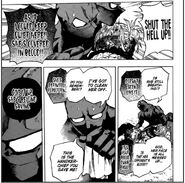 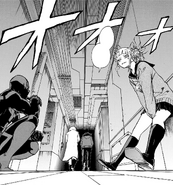 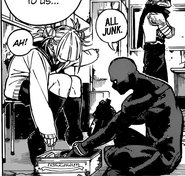 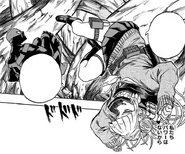 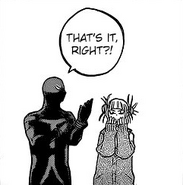