View source
watch 01:25
Jurassic World: Dominion Dominates Fandom Wikis - The Loop
Do you like this video?
Play Sound
This article is about Byakuya and Yasuhiro. You may be looking for the ship between Himiko Toga and Toru Hagakure.

Togakure is the slash ship between Yasuhiro Hagakure and Byakuya Togami from the Danganronpa fandom.

In Chapter 4, when Aoi Asahina refuses to let Byakuya, Yasuhiro, and Toko Fukawa investigate her best friend's murder, Byakuya offers to instead let the other two not interfere, as they wouldn't be of much help anyway. Instead of being angry, Hagakure agrees with Togami. At the 5th Class Trial, when Togami accuses Kyoko Kirigiri of being guilty, Hagakure is open to believe him.

Future Arc reveals that Byakuya has grown to genuinely care about his fellow survivors, with them also appreciating him more in return. Togami is open to helping Hagakure and the others, and smiles for one of a few times in the franchise upon reuniting with him. Hope Arc reveals both are working together, along with their fellow survivors and Komaru, to rebuild Hope's Peak Academy.

A quickly seen difference between the two is their personalities. Yasuhiro is one of the more cheery, laid-back students, though a bit odd as well. However, he is generally not well-liked and he himself has openly admitted that he has no friends, being quite cowardly, lazy, slow-witted, and having a habit to act selfishly. Byakuya is more logical and egoistical. Byakuya does not help Yasuhiro out when he is asked to carry many heavy boxes (although he does do this to everyone). These two do not interact much in the animation.

The ship sailed as a result of their opposite personalities and the fact that they were both survivors in the end on Danganronpa 1. However, both those and the fans who prefer to ship characters with positive interactions appreciated the fact that the two grew closer to each other over the time, as shown in Future Arc.

While it has a fair amount of fan fictions written about it, Togakure remains as one of the less popular ships for both characters included. This is mostly as a result of the two not interacting much, as well as both having much more popular ships among their fellow survivors and not only, such as Asakure and Hagakureon for Yasuhiro or Togafuka and Naegami for Byakuya. Nonetheless, it's still fairly popular for showing Byakuya's character development, as despite being the former Jackass of the group, one of his most prominent friendships among his fellow survivors is with the Friend Nobody Likes, Yasuhiro. 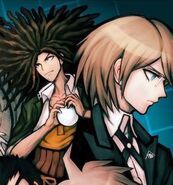 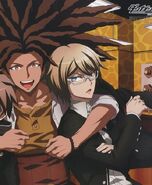 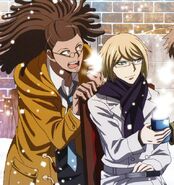 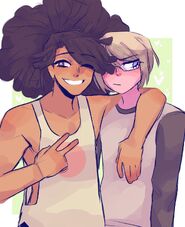 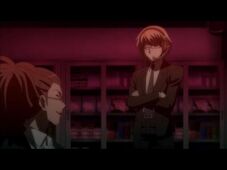 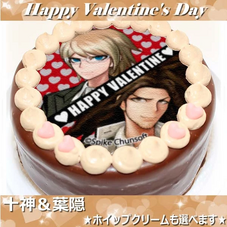