“Once a traitor, always a traitor.”
— Ruruka about Seiko.

Toxicandy is the femslash ship between Seiko Kimura and Ruruka Andou from the Danganronpa fandom.

Ruruka is Seiko's childhood friend and fellow member of Class 76th. Ruruka always relied on Seiko to do jobs for her, something that led Seiko to mistakenly believe Ruruka was taking advantage of her. Ruruka also wanted Seiko to eat her sweets, but Seiko was unable to eat them, which made Ruruka very upset. Despite that, the two considered each other as close friends.

In the Danganronpa 3 manga, Seiko tried to eat one of Ruruka's sweets, which caused her to get infected and allergic to the point of almost dying. Ruruka then always went to visit Seiko while she was in the hospital and felt better.

Seiko, Ruruka, and Sonosuke all later attended Hope's Peak and unknowingly got involved in a school bombing because of Nagito Komaeda. Because of the misunderstanding, Ruruka thought Seiko intentionally gave her a wrong drug, causing her exams to fail. Seiko in turn was hurt by Ruruka's words and they both lashed out and let out the pent up anger they had felt towards each other for years. In addition, they were all expelled because of the bomb incident. These events led Seiko and Ruruka to hate and distrust one another, each believing the other to be a traitor.

However, the two have shown to be regretful of what happened in their past. While Seiko engages Ruruka and Sonosuke in a fight-to-the-death battle, Seiko remembers wanting Ruruka to be her friend and wonders when everything went wrong. Seiko did not know that Ruruka felt the same way, and was not using her, but just felt glad to have someone she could depend on.

In the manga, it was seen that Seiko and Ruruka were talking to each other about her past and fixed what they did. Seiko also asked Ruruka for one of her sweets because she wanted to eat one before she dies in the killing game. In her final moments before being brainwashed into committing suicide, Seiko hears Ruruka's voice telling her that she just wanted to be her friend.

A drawing from Lerche's Twitter shows Ruruka attempting to feed Seiko her treats in the afterlife, with Seiko appearing very unwilling and uncomfortable, especially since Sonosuke is threatening her with a knife.

The ship sailed as a result of the two initially being best friends and having their most important interactions with each other, with Ruruka's conflict with Seiko getting way more focus than her relationship with Sonosuke Izayoi. This alone made it one of the most popular ships involving the Class 76th Trio.

However, due to the way Ruruka kept using Seiko throughout the years, even if she admired her for her helpfullness, many fans abandoned the ship. The hatred for the ship was fueled even more by the fact that Ruruka was bitter at Seiko for the latter not eating her sweets, even though she told her several times that she would die if she did. As a result of the toxic friendship between the two, mixed with the lethal effect eating Ruruka's sweets would have on Seiko, the ship is often labelled as Toxicandy.

A lot of fan arts show Ruruka trying to force feed Seiko with her sweets. Some, however, show them getting along. 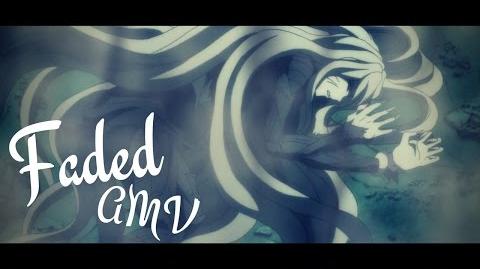 Class 76th Trio refers to the ship between Ruruka, Seiko, and Sonosuke Izayoi

Retrieved from "https://shipping.fandom.com/wiki/Toxicandy?oldid=197034"
Community content is available under CC-BY-SA unless otherwise noted.