Training Trio is the poly ship between Shuichi Saihara, Kaito Momota and Maki Harukawa from the Danganronpa fandom.

Shuichi and Kaito became best friends in Chapter 2. Wanting to help him deal with the loss of Kaede and prepare to carry on her wish to save everyone, Kaito invites Shuichi to trainings at night. The two's first training involves doing 50 push-ups. In this chapter, Kaito also assists Shuichi in his investigation. During the Class Trial, Kaito defends Maki, saying he believes she can't be the culprit.

Once her secret title of the Ultimate Assassin is revealed to everyone, the entire group becomes scared of Maki and avoids her. In order to help her deal with loneliness and self-hatred, Kaito invites her to his and Shuichi's trainings. Their first training together involves doing 100 push-ups. All three end up being in the group opposing Angie's ideas. Later on, Kaito skips their second training of the chapter due to being afraid of the ghosts as well as because of his ilness that he keeps a secret from everyone. Maki and Shuichi end up doing the training together. In the middle of it, Maki asks Shuichi if he looks up to "that idiot" (Kaito), which the latter confirms. Due to Kaito feeling sick, Maki ends up assisting Shuichi in his investigation during this chapter. After the trial ends, the trio shares one more scene together where Kaito and Shuichi notice that the usually anti-social Maki warmed up to them.

Kaito returns to training with his two best friends in Chapter 4. Their first training of the chapter includes doing 100 sit-ups. Like usually, Maki performs the best and finishes first. This time, however, Kaito doesn't train at all (as a result of his illness getting worse). In their second training of the chapter, the trio just has a friendly chat with each other. Maki opens up to the two and tells them about her backstory at the orphanage. In one of the two Special Time Events of the chapter, the trio has yet another training together. This time, the boys bring a practice sword with them. Upon seeing it, Maki tells them about how she botched her mission with a katana. The boys share a laugh at her cute failure until Maki reminds them that if she was deemed a failure as an assassin, her orphanage would no longer be founded. During the Class Trial, Shuichi sides with Kokichi, Kaito's rival, in suspecting Gonta over believing in his innocence. This causes Kaito to feel betrayed. When it's revealed to everyone that Kaito is sick, Maki and Shuichi worry about him. However, he leaves and tells Shuichi not to follow him. Maki still follows him, however, wanting to make sure he's alright.

In Chapter 5, Kaito is still mad at Shuichi and tends to avoid him. Maki tries to make the two make up by inviting them to her research lab, although to no avail, and she ends up teaching Kaito how to assemble a crossbow instead. After Kokichi kidnaps and imprisons Kaito, the two worry about him. Shuichi visits him and talks with him through the window, resulting in the two making amends. Maki even goes against the group's plan and attempts to save Kaito by herself, but fails once Kaito protects Kokichi from getting shot with a poisoned arrow, to prevent Maki from becoming the next culrpit. After Kaito's execution, Maki and Shuichi go to their usual training spot and remember Kaito. They hold another training involving doing push-ups together, this time also with Himiko and Tsumugi.

Eventually, Maki and Shuichi get to survive the killing game, along with Himiko. Kaito becomes the person they remember the most fondly (along with Kaede in Shuichi's case).

The ship sailed as a result of the trio having canon close friendship with each other and spending a lot of time together. Their several training scenes caused them to be commonly dubbed as the "Training Trio." It is a popular ship, especially for those who can't decide between Harukaito, Saimaki and Saimota.

As a reference to their training scenes, fan fictions and fan arts sometimes tend to show them training together. 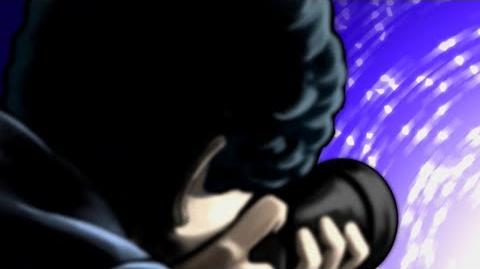 Retrieved from "https://shipping.fandom.com/wiki/Training_Trio?oldid=199902"
Community content is available under CC-BY-SA unless otherwise noted.