Tsumionji is the femslash ship between Mikan Tsumiki and Hiyoko Saionji from the Danganronpa fandom.

Hiyoko is quick to latch onto Mikan, but not in a friendly way. Mikan quickly became a common target for her bullying because of her timid nature. Hiyoko constantly makes rude remarks towards Mikan, such as calling her a "filthy pig" or "ugly bitch". Despite Hiyoko's bickering and attitude, Mikan still cares for Hiyoko and states about her health which however Hiyoko refuses to listen to Mikan, like in Chapter 1 when Mikan tries to tell Hiyoko that eating sweets for breakfast is bad for health. It is indicated by Hiyoko's own words that she suspects many parts of Mikan's behavior (such as her clumsiness and poses) are an act, causing her to strongly dislike her as a result.

Despite Hiyoko's treatment towards Mikan, it's notable that Mikan's motive for murdering Hiyoko had nothing to do with that and she merely murdered Hiyoko because she was a witness to Ibuki's murder.

As revealed in Chapter 2 of Danganronpa 2, Hiyoko and Mikan were in the same group of friends and knew each other very well prior to the Tragedy. Despite this, Hiyoko was just as mean to Mikan and says that her wish of being able to twist Mikan's bones in different directions would finally come true when she hit her growth spurt. In the Danganronpa 3 relationship chart, Hiyoko calls Mikan "pig puke", which Mikan constantly apologizes for. However, Hiyoko reluctantly admits that Mikan's talent is extremely useful in situations where medical attention is needed.

Despite bullying Mikan, Hiyoko grows fond of her during their high school years together, although naturally, she prefers to keep this part of her hidden. A notable example is a scene when Mikan was missing and everyone thought that the person who entered the room was Mikan (though it was quickly revealed to be Nagito). Instantly, Hiyoko cheerfully greeted him with "hey, girl" and appeared very relieved when she thought that Mikan was confirmed to be safe. Furthermore, Kazutaka Kodaka has indicated that their illusion counterparts' relationship in Super Danganronpa 2.5 may have some reflection to their real relationship, showing that Hiyoko has grown protective of Mikan and doesn't want anyone else to bully her.

In Danganronpa 3 manga, it was revealed that Hiyoko accidentally hurt Mikan when she and Mahiru ran into her while walking to school. Losing focus as she was too busy bullying Mikan, Hiyoko tripped over her sandals and scraped her knee, accidentally tripping and wounding Mikan, who was trying to clean Hiyoko's wounds, as well. After seeing what she had done, Hiyoko ran away in shame, forcing Mahiru to go after her. When Mikan tended to Hiyoko's wounds in the nurse's office, Hiyoko tearfully claimed responsibility for the incident and offered to clean Mikan's wounds in return, an act which delighted the Ultimate Nurse. The two were later seen walking out of the office holding hands, showing that Hiyoko did think of Mikan as a friend.

After Hiyoko and the other Remnants of Despair awaken from the Neo World Program, Mikan makes it up to Hiyoko by saving her from a brainwashed man. Hiyoko insults her at first for not coming earlier, but then, although somewhat reluctant, sincerely thanks Mikan, causing her to cry tears of joy. Later the two, along with Mahiru and Ibuki, is seen celebrating together on the ship, indicating that Hiyoko finally accepted Mikan as a friend.

In the non-canon "Danganronpa V3" bonus mode, Hiyoko decided to meet up with Mikan in the nurse office since she was in a bad mood. Mikan was surprised and curious how Hiyoko would meet up with her. Mikan then smiled that Hiyoko came to be friends with her and chat along which Hiyoko decline and telling her to not smile. In the end, Hiyoko states how she forgot about her nervousness when she talked with Mikan.

The ship isn't popular due to Hiyoko's constant bullying of Mikan. Nonetheless, it still has its shippers.

Hiyoko's insults towards Mikan are usually aimed towards her body, such as calling her a slut for landing in unusual compromising positions. This may indicate Hiyoko having some sort of attraction towards her which she covers up with bullying.

Although manga adaptations aren't exactly canon, one of them has Hiyoko be aware of Mikan's mentality where the latter believes it's better to be bullied than ignored or forgotten, implying Hiyoko might be bullying Mikan because she still finds it better than no one paying attention to her. However, whether that was the nature of their relationship in canon is up to the reader's interpretation.

The Complex Relationship Between Mikan and Hiyoko on Amino Apps 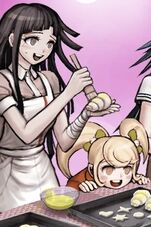 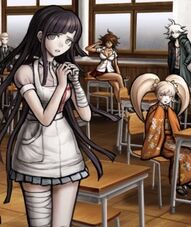 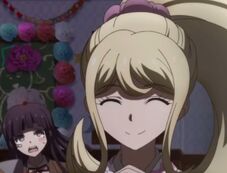 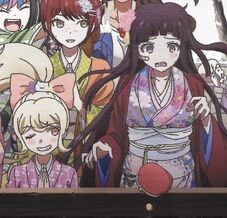 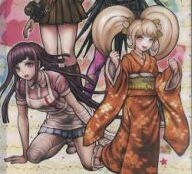 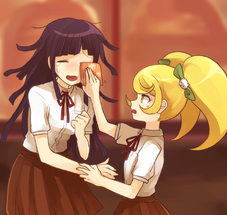 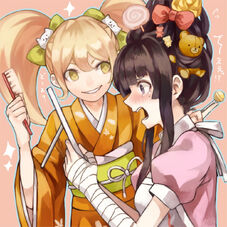 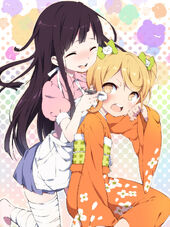 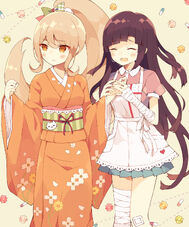 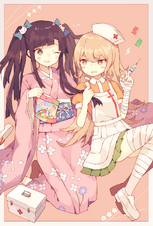 Twilight Syndrome Girls refers to the ship between the two, Ibuki Mioda, Mahiru Koizumi, and Sato